The wells are often the only source of water for miles in the middle of a scorching desert. 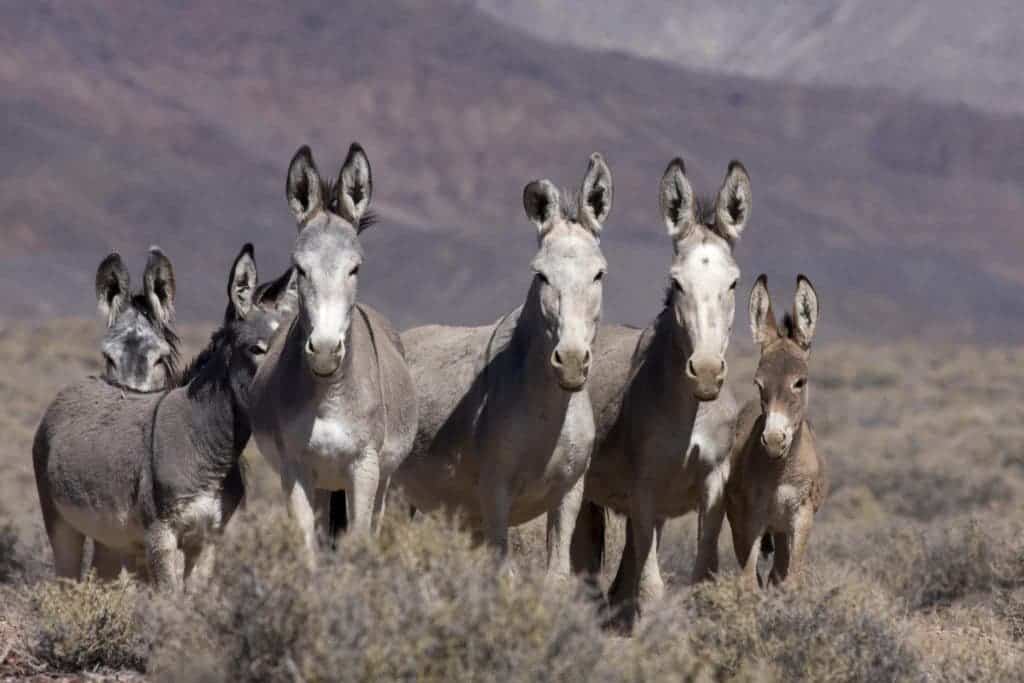 The first horses and donkeys came to the Americas on ships during Christopher Columbus’ Second Voyage. Although they were essential to European colonization, the two animals are typically seen as invasive species that are not part of the local wildlife. But rather than harming other animals, wild horses and donkeys in North America may actually help local plants and animals thrive by digging deep wells that provide water in the desert.

Wild horses, known as mustangs, are often in the spotlight, but the wild burros of the American West can be just as fascinating. Burros, or wild donkeys, are originally from Africa and are members of the horse family, Equidae. Today, most wild burros reside in Arizona where they used to accompany explorers and pioneers on their treks throughout the West in their use as pack animals.

After the 19th-century gold mining boom ended, many donkeys escaped or were turned loose. But since they are naturally adapted to surviving under the harshest conditions, wild herds eventually formed and flourished — and it seems they weren’t alone.

While out in western Arizona as a field technician studying river systems, Erick Lundgren, now a biologist at the University of Technology Sydney, noticed how burros would dig deep wells to gain access to water. Later, other thirsty animals would profit. 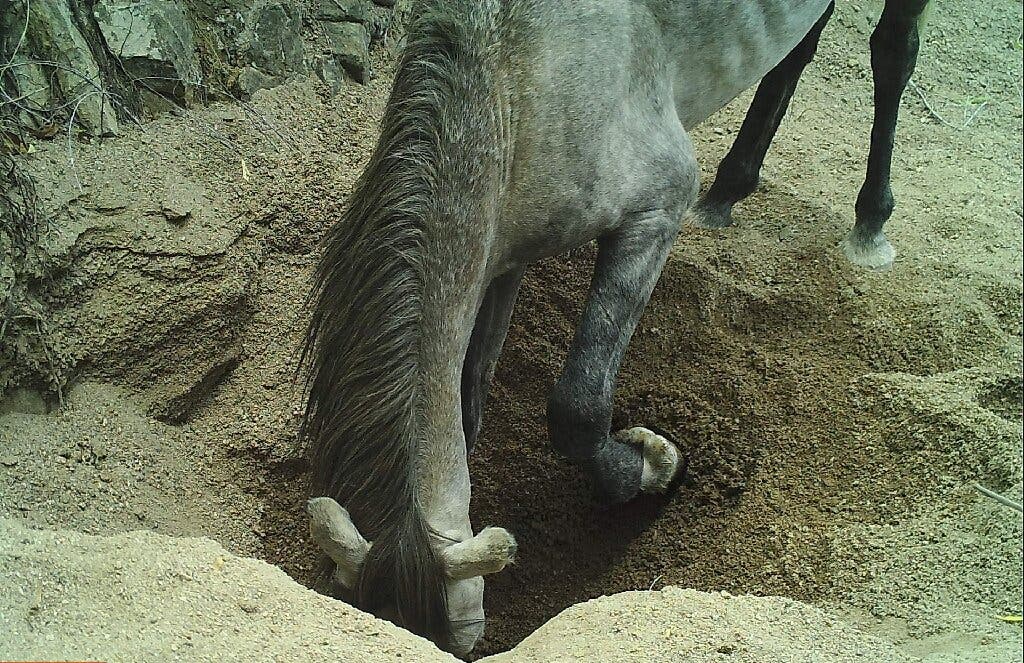 Lundgren knew about African elephants and the wells they dig, which are sometimes the only source of water for other wildlife during the unforgiving dry season. Could this also be true in Arizona for burros and wild horses, another animal known for digging wells? That was an intriguing question, especially since most biologists class the two as “agents of biodiversity harm” simply because they are not native species in the region.

Over the course of three summers, Lundgren and colleagues surveyed sites in the Sonoran Desert, stretching across Arizona and California, following and recording various wild horses and donkeys. They also set up camera traps to learn how other animals were engaging with the wells. 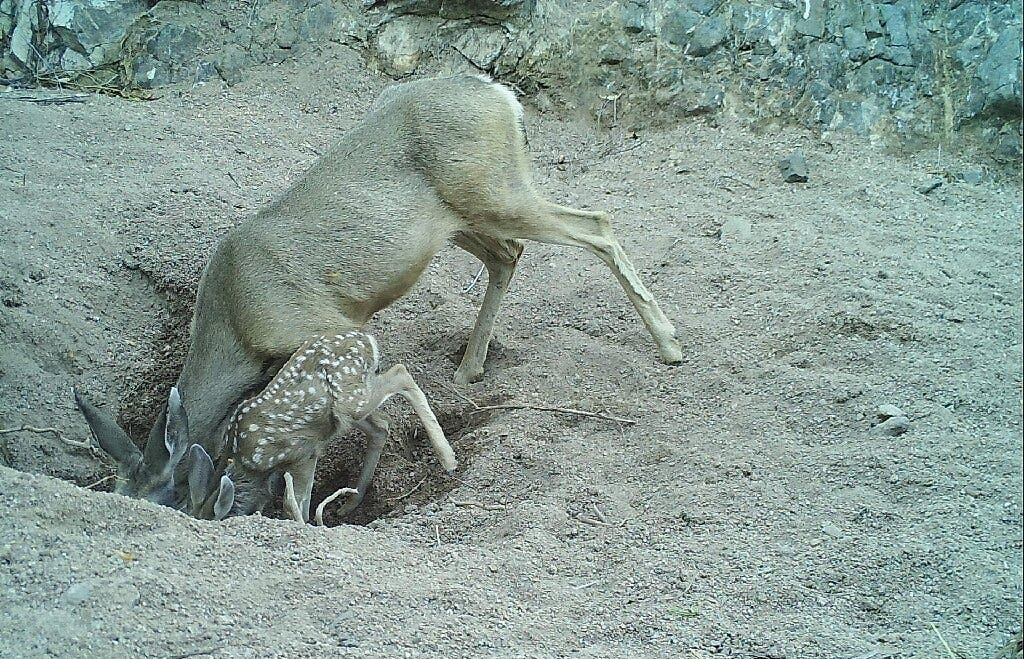 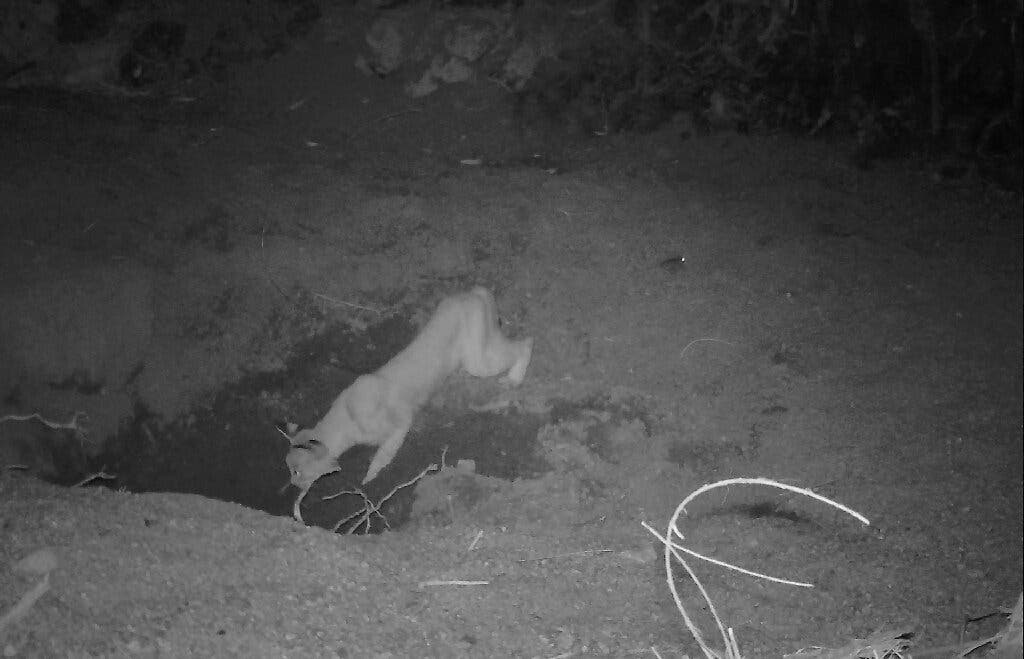 The wells dug by the equids could be quite large, as deep as two meters (six feet). Soon after the wells were completed, the cameras caught various species flocking to the new water sources, including mule deer, bobcats, javelinas, coyotes, and Woodhouse’s scrub jay. Besides animals, the researchers also spotted river tree species sprouting from some of the wells, indicating their double role as plant nurseries.

“The donkey wells kept water in the system. And these features were used by pretty much every species you could picture, including some surprising ones like black bears, that we didn’t expect to see in the desert,” Lundgren told AP.

These wells were particularly populated during the hottest and driest parts of the summer, oftentimes being the only available water source for miles. As such, the authors of the new study published in Science describe the wild horses and donkeys as “buffers” against extreme variability of desert streams.

Considering the ecological value that these wells bring, the classification of the wild equids as ‘invasive biology’ may be worth reconsidering. After all, horses were actually native to North America until a mysterious extinction event 12,000 years ago. And as human activity increasingly affects perennial streams, either directly or due to climate change, the role of these horses and donkeys will become increasingly important to support these ecosystems.

Today fewer than 9,000 burros remain. Like their cousins the wild horses, burros in the Western United States have been rounded up en masse, often to make room for livestock grazing, big game hunting, and other commercial uses of public lands. May is Burro Awareness Month so we can take advantage of this opportunity to celebrate these steadfast and hardy icons of the American West.