What causes flowers to bloom in the fall?

People noticed an unusual sight this year: plants bursting into flower during autumn. 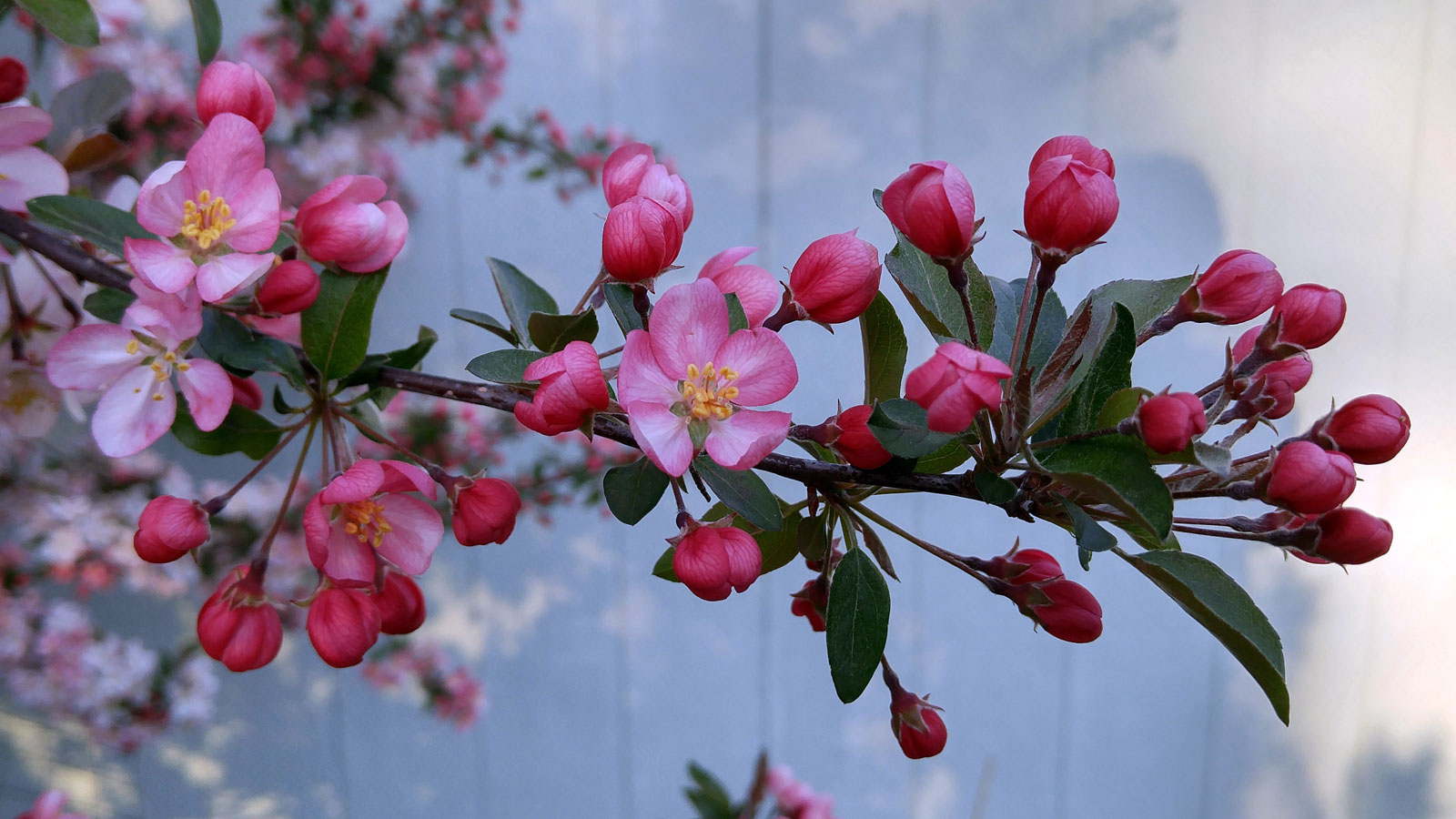 While visiting his parents’ New Jersey home in late September, Andrew Goldman noticed something strange: Their crab apple tree was blooming. Goldman, who works with edible plants and lives in Rhode Island, said the tree typically blooms in April. In the 20 years his family has lived in the house, he can’t remember its ever having bloomed in the fall before.

Goldman wasn’t alone in observing this phenomenon. In the fall of 2018, others posting at Yale Climate Connections content-sharing partner ISeeChange noted rhododendron, lilac and apples blooming throughout the Northeast. Anna Cash’s crab apple in Milford, Ohio, bloomed during the last week of September 2020, and she spotted strawberries flowering in her community garden in October.

“I was kind of baffled when I saw the blooms,” Cash said.

Cash speculated that dry weather was to blame for her tree’s strange behavior. Indeed, drought stress can trigger plants to bloom at abnormal times of year.

Overall, much of this unusual fall blooming did happen in regions with drier late summers this year. The USA National Phenology Network collects, stores and shares information about the timing of biological events of plants and animals — like first leaves and migration. This year, according to Director Theresa Crimmins, the network received more reports of open flowers on lilacs and apples in September and October of 2020 than in all previous years of data collection going back to 2010. The majority of those reports came from the Midwest and Northeast. But observations of out-of-season blooming were also shared on ISeeChange from North Carolina, which experienced a wet summer.

As climate change brings more heatwaves, droughts and heavy downpours, plants are experiencing additional stress. That stress could cause more plants to bloom in the fall and fewer buds to open in the spring. And gardeners may need to take more care to protect their plants.

Many trees and shrubs that flower in early spring, like apples and lilacs, form their buds during the preceding summer. When spring breaks the plant’s dormancy, the buds burst open and bloom.

But sometimes, plants bloom out of season. Mark Longstroth, a fruit educator at Michigan State University Extension, has seen occasional fall flowering throughout his 45 year career of observing apples, he said. This phenomenon is most common in the northern U.S. Longstroth points to drought as the major trigger.

During July and early August, Ohio and New Jersey – the locations of Cash and Goldman’s crab apple trees – were experiencing abnormally dry conditions, according to the U.S. Drought Monitor. Longstroth speculates that stress during early August can be particularly influential in causing unusual fall blooms.

The mechanism by which drought can cause flowering is uncertain, but some research suggests that it’s linked to stress-induced dormancy that helps plants preserve energy, similar to their experience during winter.

“According to our current understanding, the process of overcoming winter dormancy is also related to stress, and possibly summer drought is able to evoke a similar response,” said Eike Ludeling, a researcher at the Institute of Crop Sciences and Resource Conservation at the University of Bonn in Germany.

It’s likely that the conditions thought to lead to stress-induced blooming – dry, hot, late summers — will become more common as the climate changes. Climate models suggest that the Northern Plains and Midwest will see reduced precipitation in the summer months. And hotter and more severe heat waves are expected to increase evaporation and moisture stress on plants.

Longstroth said that in areas with good precipitation, fall blooming shouldn’t be too much of an increased problem. “Plants can be real susceptible to environmental cues, but we don’t see crab apples or apples that are grown in the South blooming twice,” he said.

In addition to the out-of-season blooming that was observed in the Midwest and Northeast this year, ISeeChange posts from central North Carolina documented cherry trees and azaleas blooming, as well as some typically summer-blooming plants flowering in late November.

Robert Mottern III, the director of horticulture at Sarah P. Duke Gardens in Durham, North Carolina, said that he didn’t think the blooming azaleas were abnormal. “We see azaleas sporadically bloom every fall,” he said.

Mottern said that one reason for that is the growing popularity of the Encore Azalea variety, which blooms throughout the growing season.

Sometimes, an unusual environmental factor can cause plants to bloom out of season.

Stern said he recently observed an atamasco lily in flower at the botanical garden. “I suspect this is being triggered by a combination of temperature swings and the influence of a nearby light in our parking lot,” he said.

When drought causes plants like apples and lilacs to bloom in the fall, those buds aren’t available to become flowers in the spring. Depending on how many buds open early, out-of-season flowering could reduce the beauty of spring gardens and even hurt harvests.

For apples, Longstroth said, there’s not much concern about fall blossoms because orchards thin fruits out anyway. But for crops like blueberries, where growers want every possible bud to lead to a fruit, fall flowers mean fewer berries to enjoy in the new year.

If fall blooming becomes a problem in personal gardens or for growers, people may need to help their gardens and crops adapt. One option is supplemental watering of sensitive plants, particularly during late summer. Goldman said he recommends mulching around trees to help them better retain moisture and regulate soil temperature throughout the hot and dry summer months.

“Don’t put leaf bags out on the curb,” Goldman said. Instead, he recommended placing leaves around the base of trees. “Regardless of what we’re able to do at a large scale with climate change mitigation, at this point certain things are locked in, and it’s important to talk about how we adapt to them.”