'What can I do to help the climate?' and other questions kids are asking about climate change

Children wonder whether climate change will lead to more lightning strikes, why different parts of the world have different climates, and more. 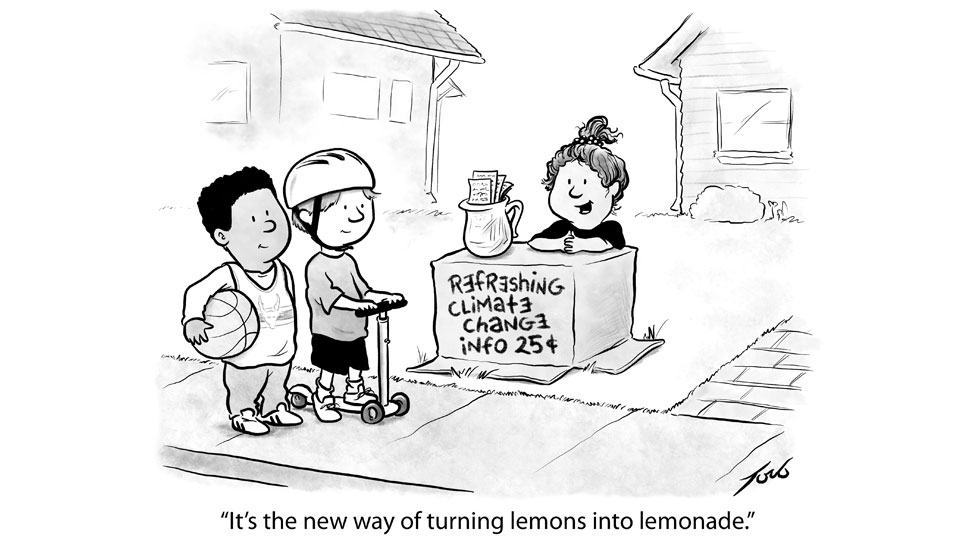 In this column, I’m answering more children’s questions about climate change. As in my previous column on the topic, these questions were posed by young participants in online educational programs at the Museum of Life and Science in Durham, North Carolina.

What can I do to help the climate? (Eve, no age given)

There’s a lot that you can do to help the climate. Kids all over the world are working together on the problem.

I suggest that you start by talking about climate change with a grown-up you trust, like a family member or a teacher. You can ask questions, share your feelings, and talk about ways that you might be able to help.

One of the most important things you can do is to learn more about climate change. You can start by looking at NASA’s climate website for kids. Or you might enjoy some of the books on this list.

Another important step is to tell other people what you learn about the climate. In my previous column, I shared suggestions from Professor Ann Sanson about how to talk about climate change with friends at school.

Kids around the world are also taking action to help the climate, for example by planting trees. Trees help the climate because they soak up carbon dioxide, which is trapping extra heat in the atmosphere. Children are writing songs and drawing pictures about the climate. And many young people are writing letters to leaders in the government, making speeches, or participating in school strikes, all with the goal of letting the grown-ups know that it’s time to protect the climate.

Should we expect more hurricanes in the future here? (Collin, no age given)

I sent your question to Dr. Jeff Masters, who works with me at Yale Climate Connections. Dr. Masters is a meteorologist, which means he uses science to explain and predict the weather. He replied, “Hurricane scientists currently don’t see a future with more hurricanes. But they do expect the strongest hurricanes to get stronger.”

That means when a hurricane does hit, it may cause more damage than it would have in the past. So it is important for people to help each other before, during, and after a storm.

The good news is that meteorologists are getting very good at spotting hurricanes. Scientists at the National Oceanic and Atmospheric Administration, or NOAA, use satellites orbiting the Earth to see potential hurricanes several days before they hit land. That makes it easier to tell people when they need to get ready for a storm, which can help them stay safe.

Will there be more lightning here when the climate changes? (Xi, age 6)

Scientists aren’t sure yet.

“There is some research showing that we should expect more lightning as the climate warms, but more work is needed before we can be confident of this,” Dr. Masters told me. In other words, grown-up scientists are still looking for an answer to your question.

No matter what happens in the future, you can follow these steps to stay safe from lightning.

Why do different parts of the world have different climates? Are they all changing? (Carlyle, age 9)

One important reason that the world has many different climates is that the sun’s rays shine more directly on some parts of the Earth than on others. Along the Equator, the sun shines almost straight overhead, focusing its rays over a small area. That focused energy keeps that part of the world warm. So countries along the equator, like Ecuador, Brazil, Gabon, Kenya, Somalia, the Maldives, and Indonesia, all have warm climates.

At the North and South Poles, on the other hand, the sun’s rays hit the Earth at more of a slant. The sun’s energy is spread out over a larger area, making it less intense. As a result, the climates in those places are extremely cold.

What can we learn from how the climate changed before? (no name given)

We can learn quite a bit. The study of the Earth’s ancient climates is called paleoclimatology. Scientists who study paleoclimatology look for clues hidden in rocks, tree rings, glaciers, ice caps, coral skeletons, and the layers of dirt at the bottom of lakes and oceans. Those clues can help them understand what the Earth’s climate was like before thermometers were invented — and even before humans existed.

By studying those clues, scientists have learned that the Earth’s climate has changed many times. In the past, our planet has experienced ice ages, when the Earth was much colder than today and icy glaciers crept toward the equator. It has also been warmer than it is today. In fact, about 55-56 million years ago, our planet was so hot that palm trees and crocodiles lived in the Arctic.

‘Where did the climate come from?’ and other kids’ questions about climate change

As scientists study ancient climates, they learn more about the natural causes of climate change, such as eruptions from volcanoes or changes in the amount of sunlight that reaches the Earth. Figuring out why the climate changed in the past helps scientists better understand why the climate is changing now. It also helps them to be confident that this time, humans are the cause.

I bet you would enjoy this article: “What’s the hottest Earth’s ever been?”

Thanks again for all of your questions. I enjoyed reading them.

https://yaleclimateconnections.org/2020/08/kids-questions-about-climate-change-part-2/?ct=t(EMAIL_CAMPAIGN_DAILY_091020)
Use left/right arrows to navigate the slideshow or swipe left/right if using a mobile device