Wealthy countries aren’t spending what they should on climate change

They need to help poor countries fight climate change -- but they are falling short.

Wealthy countries aren’t delivering on the amount of money they pledged to give poor countries to fight climate change, according to a new report. Of the $100 billion per year that should have been distributed, only $78.9 billion were allocated in 2018, the last year with data available. 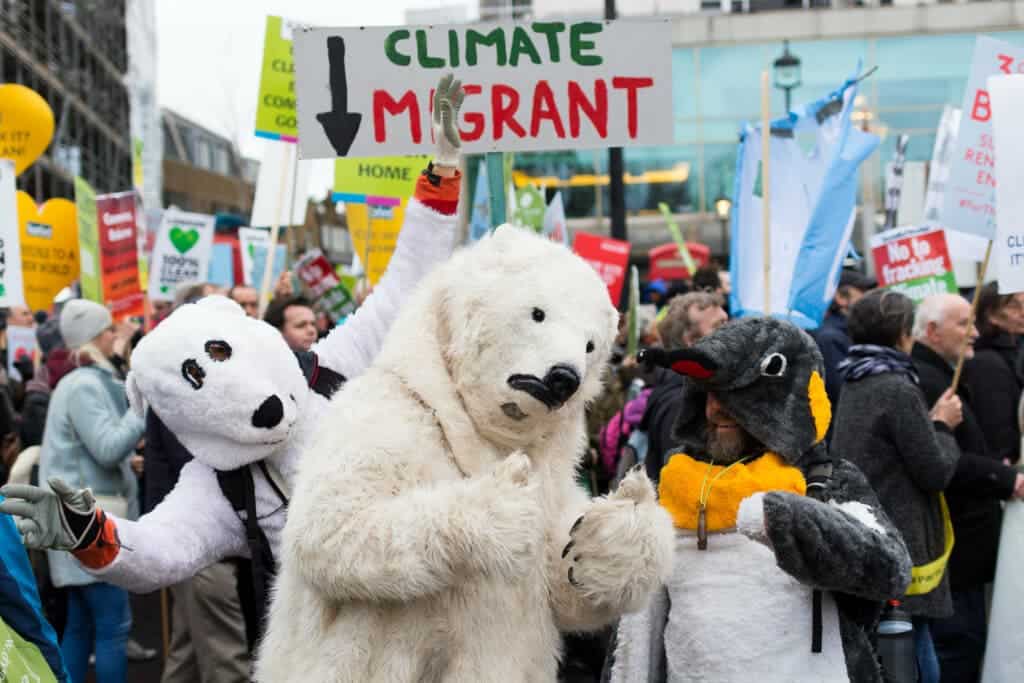 Back in 2009, the world agreed that poorer nations, which are blameless for climate change but are most at risk, would get $100 billion per year to help them reduce their carbon footprint and deal with the climate impacts. But where the money would come from and how it would be distributed wasn’t specified back then.

A report by the Organization for Economic Co-operation and Development (OECD) found that money from all sources earmarked for climate-related projects totaled $78.9 billion in 2018 — an 11% improvement from the year before. Most of the money came from public climate finance ($62.2 billion).

“Climate finance is a lifeline for communities facing record heatwaves, terrifying storms and devastating floods,” said Tracy Carty, co-author of the OECD report, in a statement. “Even as governments struggle with COVID-19, they must not lose sight of the mounting threat of the climate crisis.”

Donors reported nearly $120 billion in public climate finance across 2017 and 2018, the report showed. But once loan repayments, interest, and other forms of over-reporting are stripped out, only about $20 billion per year remained in climate-specific “net assistance,” barely a third of what rich countries reported.

According to the OECD, nearly three-quarters of public finance given in 2018 were loans, few of them “concessional”, or at below-market interest rates. Only a fifth were the outright grants that developing countries have consistently demanded. This shows there’s still a long way to go for climate funding.

France was among the worst offenders, the report showed, as it provided 97% of its bilateral climate aid as loans and other non-grant instruments. By contrast, the vast majority of aid from Sweden, Denmark, and Britain was in the form of grants. About 70% of the funding went to middle-income countries and not to those most in need. A long-standing complaint from poorer nations is how funds are divided between helping countries cut emissions (mitigation) and cope with climate impacts already in the pipeline (adaptation). The report showed that of the 2018 funding 70% went to mitigation, not leaving much money to adapt to the climate’s effects.

In a recent interview, Swedish climate activist Greta Thunberg said further immediate action on climate change was needed to reduce the current level of emissions. She said there wasn’t a single politician on the planet she would vote for and called for a big change in societies to address the climate emergency.

“The first thing we need to do is understand we are in an emergency [and] admit the fact that we have failed – humanity collectively has failed – because you can’t solve a crisis that you don’t understand,” Thunberg told The Guardian. “The climate crisis is just one symptom of a much larger crisis, [including] the loss of biodiversity.”

A United Nations climate summit had been scheduled to begin today in the United Kingdom but has been postponed for a year because of Covid-19. Thunberg said she was not disappointed by the delay. Conferences don’t really matter, they are only empty words, loopholes, and greenwash, she argued. The climate activist also referred to the recent climate pledges by the UK, China, and Japan to reach net-zero emissions by 2050 or 2060:

“They mean something symbolically, but if you look at what they actually include, or more importantly exclude, there are so many loopholes. We shouldn’t be focusing on dates 10, 20, or even 30 years in the future.”

https://www.zmescience.com/science/countries-underfinancing-climate-paris-pledges-6274345/
Use left/right arrows to navigate the slideshow or swipe left/right if using a mobile device