Building on the growing momentum for climate action, the United Nations is broadening its engagement of global audiences. A new campaign will empower children to learn about sustainability and act to protect the planet. 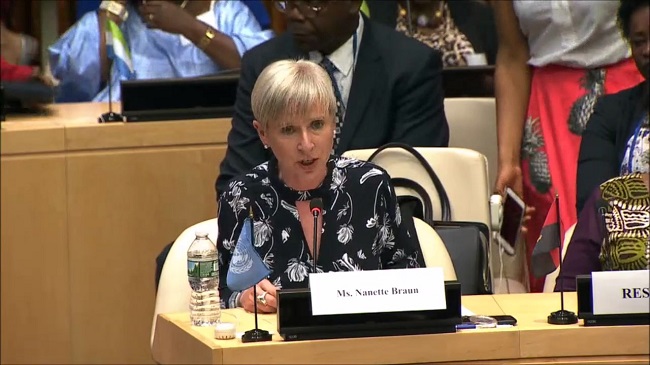 Nanette Braun, Director of Campaigns in the UN Department of Global Communications

“We want children to be aware of the difference they can make through everyday actions,” said Nanette Braun, Director of Campaigns in the UN Department of Global Communications. “Lifelong behaviours are shaped at an early age and we hope that providing the knowledge and tools to help build a more sustainable future will have lasting impact.”

Parents and children can discover the superheroes and their missions through a colourful, aminated world built on the UN website. Campaign materials include downloadable activity sheets, certificates of completion, animated social media cards and stickers.

The campaign concept was developed by students in a global executive master’s programme at The New School’s Parsons School of Design. As part of the programme’s focus on leading creative change, the group worked with the UN to brainstorm new ways of engaging the public on the Sustainable Development Goals and landed on a kids campaign as the most impactful way of driving long-term, transformative change.

“With climate change causing ever greater harm to people and the planet, the students were eager to take on this urgent topic,” said Melissa Rancourt, Academic Director for the Global Executive Master of Science in Strategic Design and Management at The New School. “By engaging children, we target the consumers and decision-makers of the future, who will drive the change the world needs.”

The Climate Action Superheroes are a component of the UN’s ongoing ActNow campaign that mobilises individual action on sustainability. ActNow has so far seen close to one million climate actions logged through the campaign’s chat bot and mobile app, with a growing number of people making climate action an integral part of their daily life.