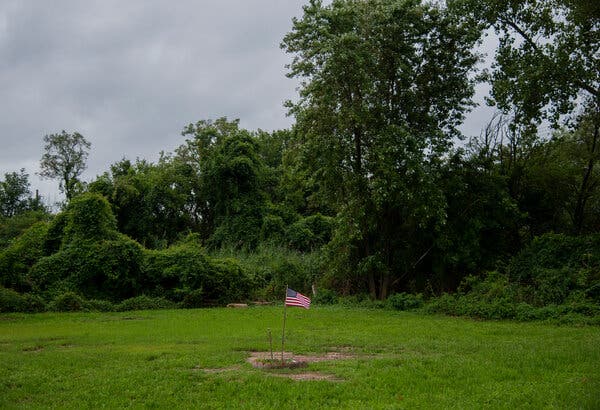 An empty lot near Oakwood Beach on Staten Island, where flooded homes have been bought and demolished by the government.Credit...Calla Kessler for The New York Times

This week’s one-two punch of Hurricane Laura and Tropical Storm Marco may be extraordinary, but the storms are just two of nine to strike Texas and Louisiana since 2017 alone, helping to drive a major federal change in how the nation handles floods.

For years, even as seas rose and flooding worsened nationwide, policymakers stuck to the belief that relocating entire communities away from vulnerable areas was simply too extreme to consider — an attack on Americans’ love of home and private property as well as a costly use of taxpayer dollars. Now, however, that is rapidly changing amid acceptance that rebuilding over and over after successive floods makes little sense.

The shift threatens to uproot people not only on the coasts but in flood-prone areas nationwide, while making the consequences of climate change even more painful for cities and towns already squeezed financially.

This month, the Federal Emergency Management Agency detailed a new program, worth an initial $500 million, with billions more to come, designed to pay for large-scale relocation nationwide. The Department of Housing and Urban Development has started a similar $16 billion program. That followed a decision by the Army Corps of Engineers to start telling local officials that they must agree to force people out of their homes or forfeit federal money for flood-protection projects.

Individual states are acting, too. New Jersey has bought and torn down some 700 flood-prone homes around the state and made offers on hundreds more. On the other side of the country, California has told local governments to begin planning for relocation of homes away from the coast.

“Individuals are motivated. They’re sick of getting their homes flooded,” said Daniel Kaniewski, who until January was FEMA’s deputy administrator for resilience. “It’s not easy to walk away from your neighborhood. But it’s also not easy to face flooding on a regular basis.”

Laura, a Category 4 Hurricane with winds as strong as 140 miles per hour, is expected to make landfall near the Texas-Louisiana border overnight, causing what the National Hurricane Center called an “unsurvivable storm surge” of 15 to 20 feet along parts of the coast and reaching as much as 30 miles inland. City and county officials in Texas and Louisiana have issued evacuation orders affecting about 500,000 residents.

The federal government has long paid to buy and demolish individual flood-damaged homes. What’s different is the move toward buyouts on a much larger scale — relocating greater numbers of people, and even whole neighborhoods, and ideally doing it even before a storm or flood strikes.

Officials’ increasing acceptance of relocation, which is sometimes called managed retreat, represents a broad political and psychological shift for the United States.

Even the word “retreat,” with its connotations of defeat, sits uncomfortably with American ideals of self-reliance and expansion. “‘Managed retreat’ is giving up. That’s un-American,” said Karen O’Neill, an associate professor of sociology at Rutgers University, in explaining why the concept seemed unthinkable until recently. 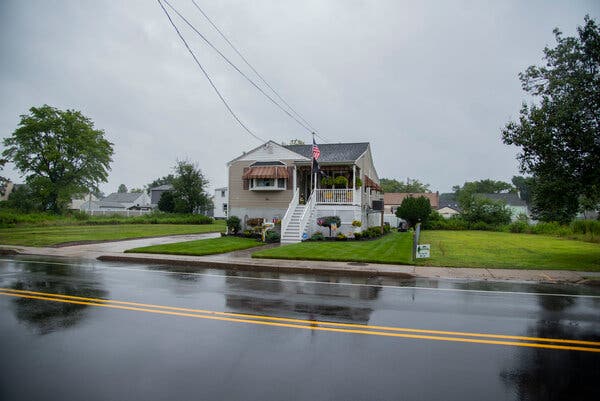 A house in Sayreville, N.J., between lots that have been bought out.Credit...Calla Kessler for The New York Times 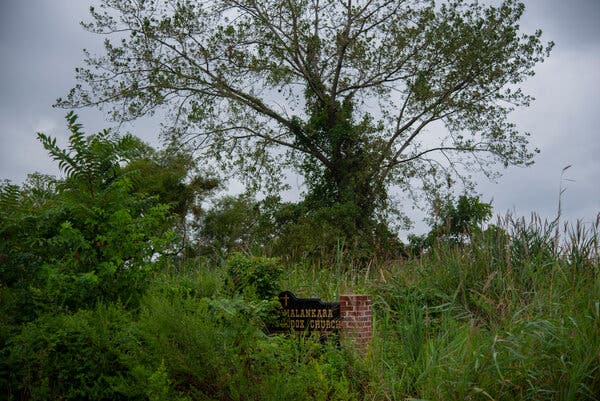 Oakwood Beach on Staten Island. Resistance to relocation has been blunted by years of brutal hurricanes, floods and other disasters.Credit...Calla Kessler for The New York Times

A vacant lot on Staten Island. The federal government has spent nearly a half-trillion dollars on disaster recovery since 2005.Credit...Calla Kessler for The New York Times

But that view has been blunted by years of brutal hurricanes, floods and other disasters, as well as the scientific reality that rising waters ultimately will claim waterfront land. In the latest National Climate Assessment, issued in 2018, 13 federal science agencies called the need to retreat from parts of the coast “unavoidable” in “all but the very lowest sea level rise projections.”