The Green Climate Fund must be a champion for real sustainability 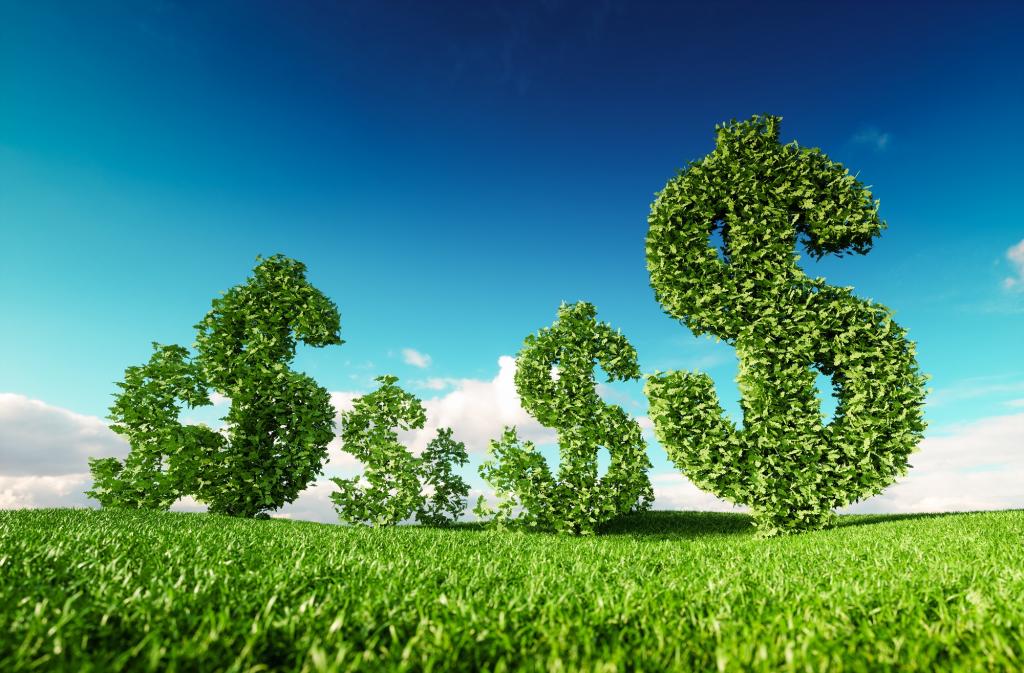 The most obvious thing about the newest round of funding for the Green Climate Fund (GCF) is that it will not be enough. Announcements at the latest pledging conference totaled $ 9.8 billion, barely crossing the $9.3 billion pledged at the last conference in 2014.

The total amount committed for the last pledging period, 2014-2019, eventually rose to $10.3 billion. However, only $7.2 billion of this commitment has been actually transferred to the GCF, largely due to the Trump administration reneging on $2 billion out of the US’ $3 billion commitment.

The rallying call for this pledging conference was a doubling of commitments from 2014. Adjusted for the fluctuating value of various currencies, and inflation, this comes to a target of roughly $18.5 billion. That amount would at least cover the $15 billion pipeline of project applications which are currently pending with the GCF.

There is hope that a new Canadian administration and a new American administration in 2021 could make this pledging period look more robust. Russia and China — ranked 3rd and 2nd in cumulative emissions since 1750, and increasingly ambitious in their global ‘investments’ — could also be doing more, as could some oil-rich economies with significant carbon debt to pay off.

However, even if the ‘doubling’ target was hit, $18.5 billion across five years is cold comfort set against the 2015 Paris pledge of $100 billion each year in new and additional climate finance from developed to developing countries.

Global climate finance flows have undoubtedly increased, but the vast majority is spent in the same country it is raised in, which does not count toward the Paris commitment. There has also been a move to ‘mainstream’ climate concerns in bilateral development finance, and at institutions such as the World Bank. It is unlikely that this finance is truly ‘new and additional’. At best, it climate-proofs pre-existing development priorities; at worst, it is green-washing.

These trends have been visible for a while. The GCF is not the preferred avenue for climate finance because its governance structure balances developed and developing country representation. This dilutes the ‘donor’ control and political returns-on-investment generally associated with development aid. From this point of view, the institution is ‘fortunate’ to get anywhere near $10 billion. 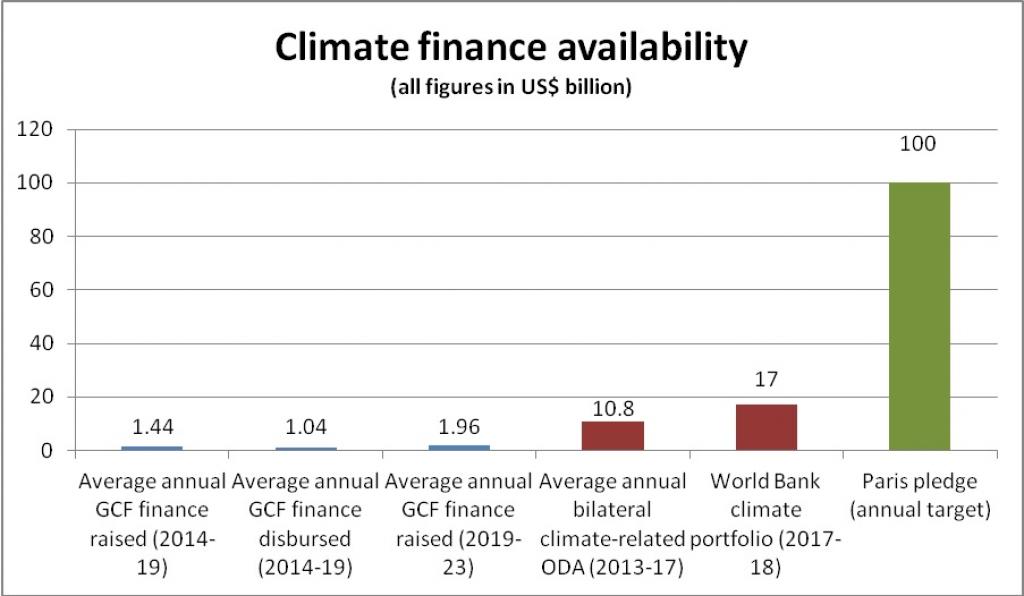 A natural instinct in this situation is to advocate for the institution to carve out its niche. One useful suggestion is that the GCF focus its efforts on adaptation, an under-financed area of climate policy with high potential to deliver benefits concentrated in developing countries. The practical issue with this principled proposition is that a dedicated Adaptation Fund has existed since 2007. It has allocated a total of around $500 million, well short of the billions needed.

The GCF needs to use the finance it has to raise the finance the developing world has been promised. The general approach to such multiplication is to fund revenue-generating or economically beneficial projects, with the idea that they will eventually ‘pay for themselves’.  The effects of this approach on the ground are well-documented — disastrous social and micro-economic disruption, often accompanied by ecological destruction.

The new generation of development finance has resolved to be better, with its promises of environmental and social safeguards, as well as its well-publicised focus on the climate. There are already indications, however, that the new approach does not address the fundamental flaws of financially-driven visions of sustainability — consider, for example, the criticisms of the Noor-Ouarzazate solar project in Morocco, or the paradigm of ‘climate smart agriculture’.

The GCF’s niche has to be true sustainability — the ability to generate climate-conscious and socially beneficial results in regions that need them the most, and which multiply with successive generations.

Its governance structure is not an unfortunate legacy of Article 3.1 of the UNFCCC; it should enable the GCF to attract stakeholders and practitioners who are versed with the social and political realities of climate-vulnerable communities. The same holds for the broad provisions in its governing instrument for civil society participation, a far cry from the far more limited, reactive role allowed at other financial institutions.

However politically convenient financially ‘sustainable’ green projects currently look, they will likely have to contend with the same ethical compromises that have historically plagued development aid. The alternative is to invest early in bottom-up, participatory projects through modest, consistent, long-term financial commitments.

The grassroots institutional and infrastructural capacity created through such an approach could enable truly democratic decision-making to address the changing climate, and would be the GCF’s lasting legacy. It might even inspire some cynical would-be contributors.