The first ever 3D-printed steel bridge opens in Amsterdam

Researchers will now measure its performance and see how it handles traffic. 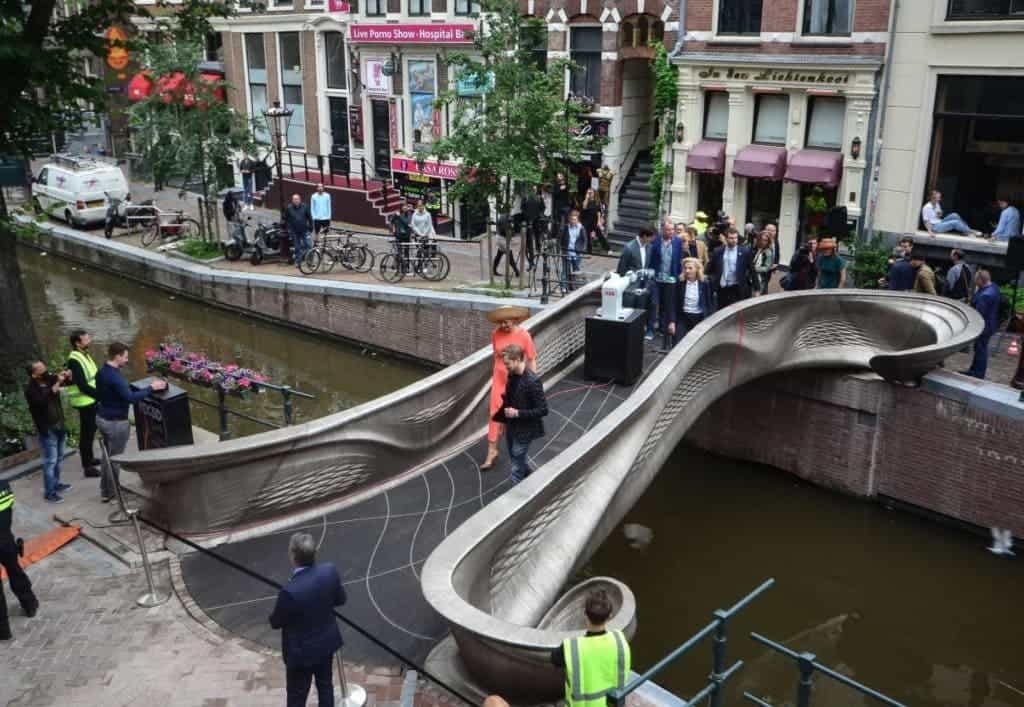 The 12-meter long structure was developed by engineers at Imperial College London, in partnership with the Dutch Company MX3D. It was created by robotic arms using welding torches to deposit the structure of the bridge layer by layer. The construction took over four years, using about 4,500 kilograms of stainless steel.

“A 3D-printed metal structure large and strong enough to handle pedestrian traffic has never been constructed before,” Imperial co-contributor Professor Leroy Gardner, who was involved in the research, said in a statement. “We have tested and simulated the structure and its components throughout the printing process and upon its completion.”

The bridge will be used by pedestrians to cross the capital’s Oudezijds Achterburgwal canal. Its performance will be regularly monitored by the researchers at Imperial College, who set up a network of sensors in different parts of the bridge. The data will also be made available to other researchers worldwide who also want to contribute to the study.

The researchers will insert the data into a “digital twin” of the bridge, a computerized version that will imitate the physical bridge in real-time as the sensor data comes in. The performance of the physical bridge will be tested against the twin and this will help answer questions about the long-term behavior of the 3D-printed steel and its use in future projects.

“For over four years we have been working from the micrometre scale, studying the printed microstructure up to the meter scale, with load testing on the completed bridge,” co-contributor Craig Buchanan said in a statement. “This challenging work has been carried out in our testing laboratories at Imperial, and during the construction process on site in Amsterdam.”

Mark Girolami at the University of Cambridge, who worked on the digital model of the bridge, told New Scientist that investigations into bridge failures often reveal deterioration that was missed. Now, with constant data coming from the bridge, they may be able to detect these failures before they do any damage, he added. 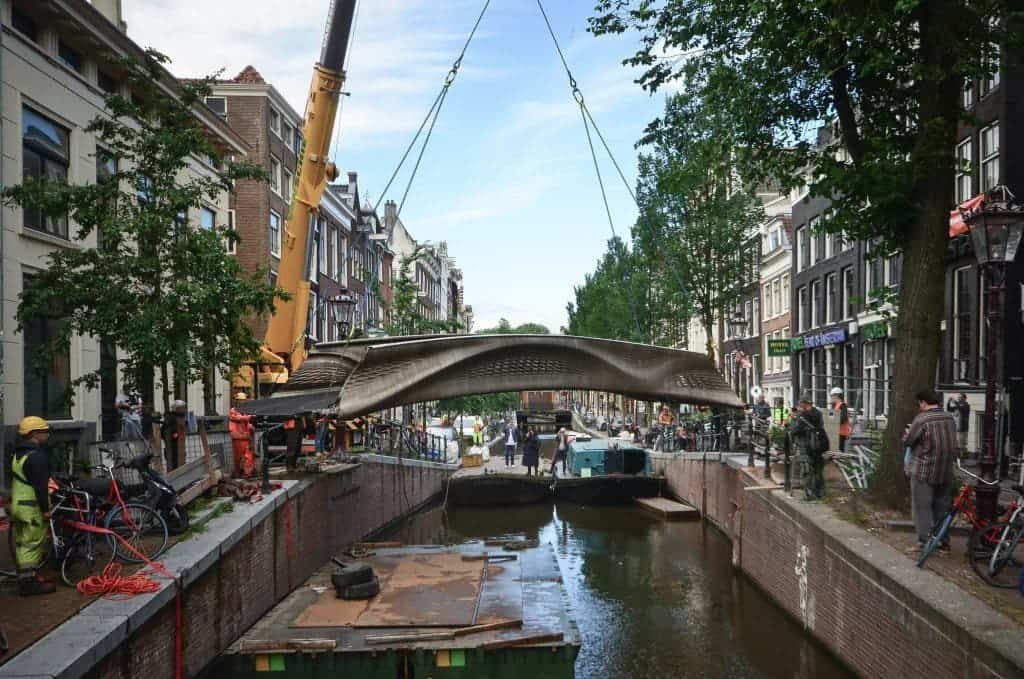