It's a lot of money, but it's still cheaper than what you get in the area.

A company has listed what is reported to be the first 3D printed house in the United States. The property, built by SQ4D and located in Long Island, New York, has received a certificate of occupancy and is already listed on MLS for sale as new construction for $299,999 – which the company claims is 50% cheaper than regular new homes in the area. 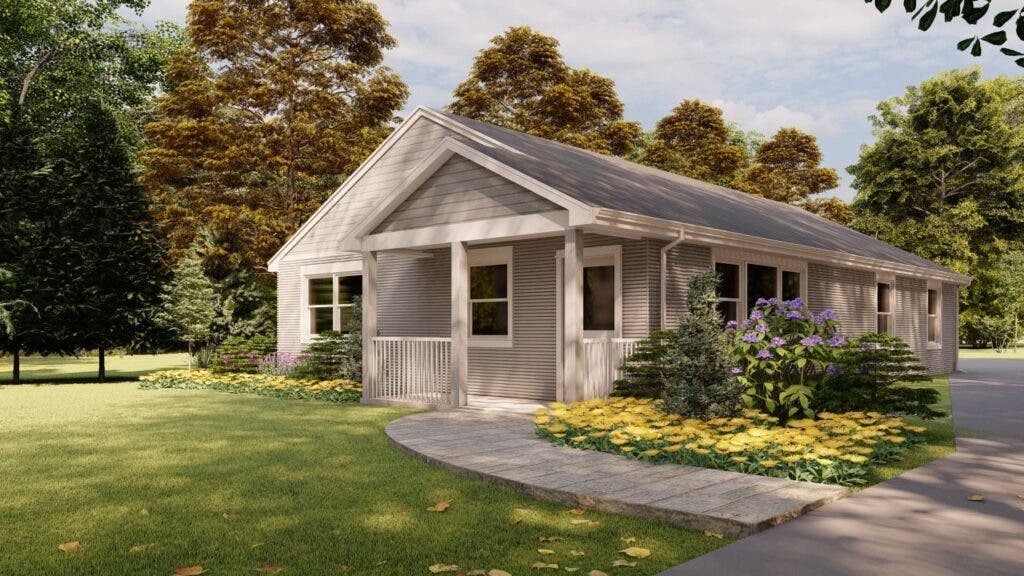 Essentially, the approach uses more expensive materials and robots to cut down on construction time and worker cost, so it’s best suited in areas where labor costs are high — like New York, for instance.

However, the technology will be soon be able to eliminate more expensive and inferior building materials, SQ4D believes, making 3D structures even more cost-effective. Using concrete reduces the cost by at least 30%, as well as making the structure more fire resistant than traditional methods. Here’s a video presentation.

The 3D house that just entered the market in Long Island has 1,400 square feet of living space and a 750 square car garage. It includes three bedrooms and two full bathrooms, featuring an open floor plan. It’s fully built with concrete and includes a 50-year limited warranty that SQ4D gives on its 3D printed structure.

Of course, in addition to the technology (which is innovative), the house also comes with some bragging rights and a lot of marketing.

“Own a piece of history! This is the world’s first 3D printed home for sale,” the listing of the house states. “This home is carefully developed to exceed all energy efficiency codes and lower energy costs. SQ4D provides a stronger build than traditional concrete structures while utilizing a more sustainable building process.”

Stephen King of Realty Connect, the Zillow Premier agent who has the listing, said in a statement that the US$300.000 market price is actually 50% below the cost of similar newly-constructed homes in Riverhead, the neighborhood where the house is located. That’s why this is “a major step” to address the “affordable housing crisis plaguing Long Island,” he added.

This means that whether you have the almost $300,000 to buy the house now on the market or not, you have plenty of options to choose from in the 3D world. A study a few years ago even showed that a printer can make anyone at least a 1000% return on investment over five years. So it might be time to get on the 3D printing world.