The fashion environmental disaster no one is talking about

You're probably guilty too.

Fashion is, in many ways, an environmental disaster. From the materials to the supply chain to the needless purchasing and throwing away, there is much that can be said (and improved) about the fashion industry. But one particular aspect of fashion typically flies under the radar: coat hangers. 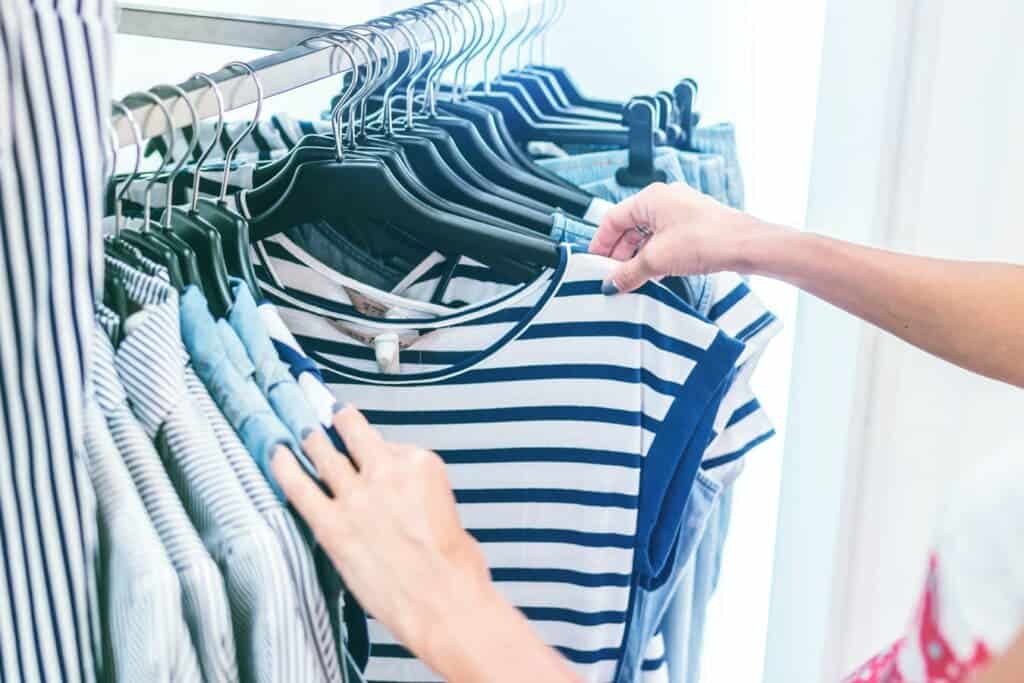 The plastic straw of the fashion industry

Global clothing manufacturing as a whole is growing at an exponential rate, from 74.3 billion items in 2005 to 130.6 billion items in 2019. Unsurprisingly, hangers are also keeping up the pace. According to research by ethical fashion expert Dr, Alana James of Northumbria University, the UK fashion industry alone uses almost 1 billion plastic hangers (954 million) a year.

“Fashion brands are producing almost twice the amount of clothing today than they were in 2000, with a consumer shift to buying more and wearing less frequently,” notes the report by James.

“The fast-fashion, accelerated business model that has evolved since the 1980s increases the numbers of new fashion collections developed each year, creating more demand for clothing and ultimately more hangers.”

It’s the first study of its kind. While the fashion industry’s environmental impact is well-known and widely discussed, hangers are often ignored in the conversation (and not much is known about their global usage). Granted, they only make up a small part of the entire clothing industry’s impact, but it’s one part that can be addressed with relative ease — like plastic straws used for drinks at a bar, which are increasingly banned across the world.

Even when you don’t see them, coat hangers are also there. An estimated 16% of them are used solely for transporting clothes from manufacturers to shops and are then discarded. Even the retailers that don’t use plastic hangers in their stores still use them for transportation.

To make matters even worse, hangers are a recycling nightmare. They are usually built from a mixture of plastics which is difficult or even impossible to separate. With few exceptions, plastic hangers end up in landfills and in the oceans. More than two-thirds of the interviewed fashion companies were unaware of what plastic the hangers are made from.

The report also found that for many British consumers, sustainability is an important consideration. However, the clothing industry is slow to adapt.

Some retailers are starting to only give customers the hangers on demand, but change is slow — 60% of all clothes sold in the UK still come with an associated plastic hanger. The problem won’t be solved by online shopping: 27% of UK online clothing orders include a hanger (in addition to the ones used for transportation and storage.

“While there has been a definite shift in awareness of the environmental impact of the fashion industry in recent years, the issue of plastic hangers seems to be one which has been largely ignored until now. Manufacturers, retailers and consumers all have a role to play in instigating change and we hope the results of this research will raise awareness of this problem and lead to alternative solutions,” says James.

Policy and consumer pressure can help drive change, the report notes. Changes in the fashion industry are often driven by consumer trends, and “a PR campaign raising the awareness of the damage plastic hangers inflict on the environment will help to drive a change in industry attitudes,” the report adds.

Sustainable alternatives are also an option, but as is often the case, price is proving to be an important barrier. It’s hard to find a cost-effective alternative — but alternatives do exist. The report was carried out in partnership with Arch & Hook, which combines recycled and recyclable materials to create durable hangers. Founder and CEO Sjoerd Fauser says they are determined to produce such alternatives, adding that it’s crucial to understand the scale of this problem.

“Our eye-opening report is just the tip of the iceberg. Data for worldwide hanger usage remains unavailable. We are determined to expand the research into other areas, in collaboration with more partners, to unveil the truth, create awareness and turn sustainability into a tangible action.”

The report has not been peer-reviewed. You can read it in its entirety here.