Research conducted worldwide makes clear that it's overwhelmingly human activities - in particular combustion of fossil fuels - that can explain observed global temperature increases, especially over the past seven decades. 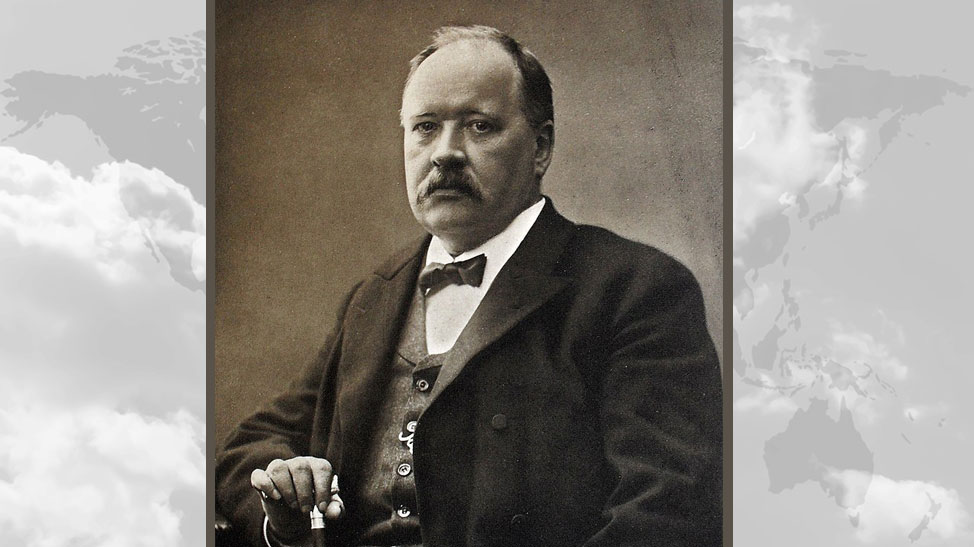 In our previous essay in this series, we showed that the global average temperature has increased since early in the industrial revolution, rising at an accelerating pace in the past 50 years. It is no longer controversial that warming has been established: It’s been proven using a long time-series of high-quality scientific data collected through well-understood measurement techniques.

So, Why is the planet warming? An early answer to that question dates from more than a century ago. Nobel Laureate Swedish chemist Svante Arrhenius in 1896 published an analysis concluding that a doubling of CO2 in the atmosphere would “raise the temperature of the earth’s surface by several degrees Celsius”. Arrhenius thought it would take several hundred years to burn enough fossil fuel to achieve that doubling, but we of course are on track to reach that troubling milestone much more quickly.

The science community has very high confidence that Arrhenius was right in hypothesizing the connection of CO2 to climate change. All these years later, his estimate of increased global temperatures resulting from more CO2 in the atmosphere is consistent with contemporary estimates reported from dozens of independent studies. These recent analyses take into account our understanding of the physics of the planet, experience in the modern era, and evidence from ice cores going back hundreds of thousands of years.

So why the scientific confidence in attributing the warming to human emissions? Because an abundance of temperature data matches with high-quality observations of CO2 emissions and, since 1955, with the resulting atmospheric concentrations. Using these data, the global scientific community has confirmed, by detailed analyses using computer models of how our planet works, that the only plausible explanation for the warming is the emissions of greenhouse gases by humans.

The point here deserves emphasis: We know from observed temperature increases (and not simply through modeling) that Earth is warming. No one seriously contests that. Those who might wish that warming were caused by something other than humanity’s use of fossil fuels have never proven another possible cause of that warming: If not fossil fuels, then what? No response to that question can be authoritatively answered and proven.

Figure 1: Earth’s climate, and a view of the inner workings of a climate model.

Figure 1 shows how a climate model works to illustrate major factors that determine the planet’s climate. A climate model is an interactive and interconnected collection of mathematical relationships that characterize what goes on along each arrow in the figure. These models have many features in common with those used in generating daily weather projections, but many effects that can be assumed constant when looking forward only a few days – such as the relationship of the planet to the sun – vary substantially in the longer term.

In addition, a climate projection must consider accumulating greenhouse gases in the atmosphere that are “forcing” a change in that relationship.

Why are models necessary to explore whether or not human activity is contributing to the observed warming? The answer is simple: We have only one planet, and no separate “control planet” on which scientists can examine everything except human-caused forcing driven by fossil fuel consumption on Earth since the start of the industrial revolution.

One major source of confidence that much of the warming results from human emissions involves use of a standard procedure in scientific studies: counterfactual experimentation. Through that common process, climate models can provide estimates of what the global temperature would have been with and without the actual human activities and emissions. Reviewing results from coordinated runs of as many models as possible for these two conditions is the sound alternative to searching in vain for a control planet which of course does not exist.

The World Climate Research Program (WCRP) has, for some time, been conducting just that experiment. Its Coupled Model Intercomparison Project’s (CMIP) fundamental mission is “to better understand past, present, and future climate changes arising from natural, unforced variability or in response to changes in radiative forcing (from the emission of heat-trapping gases) in a multi-model context.” (emphasis added) This counterfactual exercise has been conducted simultaneously by as many as 36 different modeling groups from around the world.

Why use so many models? Because each model on its own replicates the workings of such a complex climate system, as illustrated in Figure 1. Each model attempts to characterize and quantify as many connections across as many climate variables as possible, thereby mimicking how the planet’s climate actually works. Ensembles of model studies capture the implications of different methods used by the analysis teams, thereby exploiting the power of that diversity. In addition, ensembles allow researchers to compare models, analyze results statistically, and explore upper and lower extremes of potential climate change. Reviewed all together, they help scientists better understand what we do and do not know.

Figure 2 shows some results from a model comparison that precisely investigates what causes observed warming. It shows estimated series of actual temperature aggregates from NASA, NOAA, and UK Hadley Center measurement programs and compares them with the CMIP results.

Each of the 36 participating models in the CMIP exercise produced results for a “control earth” (natural forcings only) and also for the actual earth (accounting for all natural and human-caused forcings) from 1880 until today. In that way, each modeling group contributed to ensemble portraits of the two distinct forcing scenarios that can be compared with the actual historical record.

Panel (a) shows that the “all forcings” ensemble results range above and below the actual global average temperature estimates. Taken as a whole, however, the ensemble average tracks the historical record very well year after year.

Panel (b) shows the range of ensemble results based only on natural forcings. Note that the counterfactual no-human-emissions temperature separates from the actual warming trajectories starting around 1980. Also, starting with a big dip in 1965, this ensemble average suggests that, absent human influence, Earth actually would have cooled for a period up to around 2000. Our observations of what actually happened show that was not the case.

The bottom line is that scientists cannot explain the historical record without including human influences. So with very high confidence, the evidence convinces the science community both that the planet is warming and that human activity is largely to blame for that increased warming, particularly over the past seven decades or so.