The Beginning of the End of the Plastic Era Is Here 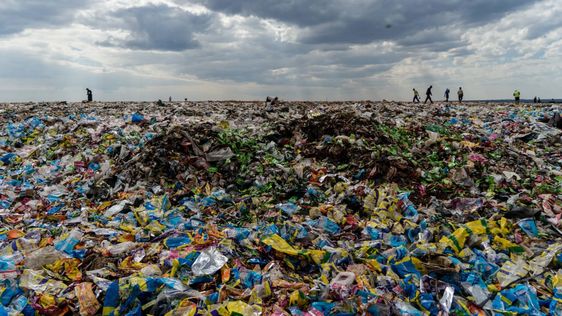 While the trend for investing in oil and gas industry has been downward for years, the pandemic has established it as a pretty garbage investment. The industry has set its hopes on plastic to turn the tide, but new research shows that’s a losing bet, too.

A report released on Thursday by Carbon Tracker, a group that looks at the economic transition to a low-carbon economy, lays out the business case for stopping the petrochemical industry and investors from plunging $400 billion into expansion. It’s a handy compliment to the whole “covering the planet in single-use plastic is smothering out life on Earth” out argument.

Now look, the latter is certainly good enough for me, a former park ranger who sees the inherent value of a healthy biosphere and is frankly tired of reading stories of sea creatures stuffed to the gills with plastic. Seriously, save me from having to produce more of this content! If you are motivated by other things (such as, say, money), though, the report also shows the future for plastic is not bright. The report notes that peak plastic could hit by 2027 even as the industry ramps up production.

Governments have finally started getting serious about the damage plastic is doing on land and at sea. Over the past few years, a slate of bans on single-use plastic and plastic bags have swept around the world. But efforts have gone into overdrive after China (the place where everyone sent their recycling) stopped taking plastic imports in 2017, leaving the world to cope with an estimated 111 million tons of excess plastic to sort through this decade alone.

Efforts have gone into overdrive since, led by the European Union and China. Both have enacted or have set a date to enact stringent plastic bans. The EU has also set a roughly $950 per ton fee on plastic waste as part of its coronavirus recovery package, which is set to take effect in 2021. Meanwhile, despite the plastic industry’s best efforts to package their product as clean and hygienic during the pandemic, plastic use is projected to drop 4% this year, according to the report.

So you’ve got governments putting policies in place to limit plastic, opinion polls showing people hate plastic and want plastic makers to deal with the waste they produce, and a pandemic squashing demand. Despite these headwinds, the plastic industry is plowing full steam ahead. By 2024, the plastic industry could have the capacity to produce 230 million tons of ethylene—a chemical in the most common forms of plastic—while demand is expected to remain flat at around 160 million tons.

“You’ve got loads of stranded assets because these guys are ready to go over capacity to make plastic,” Kingsmill Bond, a report author and energy strategist at Carbon Tracker, said on a Zoom call. “They’re planning on building another 80 million tons of capacity at a cost of around $400 billion in the next five years into a market where demand may or may not grow. I look at that as a financial analyst and, well, this is just dumb.”

I am not a financial analyst, but I agree, Kingsmill. I agree.

Plastic producers are trying to juice demand in developing countries without strong regulatory frameworks or oversight. An investigation earlier this week by Unearthed, Greenpeace’s journalism project, also found that major petrochemical companies turned to allies such as the Trump administration to help bolster plastic demand and plastic waste trade in Africa. The whole plan is trying to cash in on loopholes that create what economists call “externalities.” Things like waste piling up outside slums in Nairobi, the Pacific garbage patch, toxic air pollution in Louisiana’s Cancer Alley, and carbon pollution wrecking the climate are all costs we bear as a society that the plastic industry doesn’t pay for.

The new report conservatively estimates that those externalities cost anywhere from around $800 to $1,400 per ton of plastic produced. Which, hey, the EU’s plastic tax is right in that range. That points to some of the policy solutions available to get plastic pollution under control already in place. In two semi-related reports released earlier this summer, researchers laid out a number of other pathways governments are or could consider to further reduce both supply and demand ranging from investing in better recycling programs to reducing over-packaging or turn to alternatives (the report recommends using compostable bags and containers or even banana leaves for takeout food).

Bond likened this moment for plastic as similar to coal in the early 2010s when a number of factors created a sharp downturn for the industry in the U.S. and Europe. Technological and policy upheaval is coming, and it points to the need for the plastic industry to plan for its decline sooner rather than later.

“If the coal industry in 2012 had said, ‘Gee, demand is about to peak and then it’s going to plateau and decline so we need to retool, we need to stop building on expansion, we need to start planning to wind down all of operations slowly over time,’ that would’ve been very beneficial for them financially and for the workforce,” he said. “We’re not going to stop using lots of plastic overnight. But if we’re near the top and we’re going to start shifting down a new route, then now’s the time to rethink.”