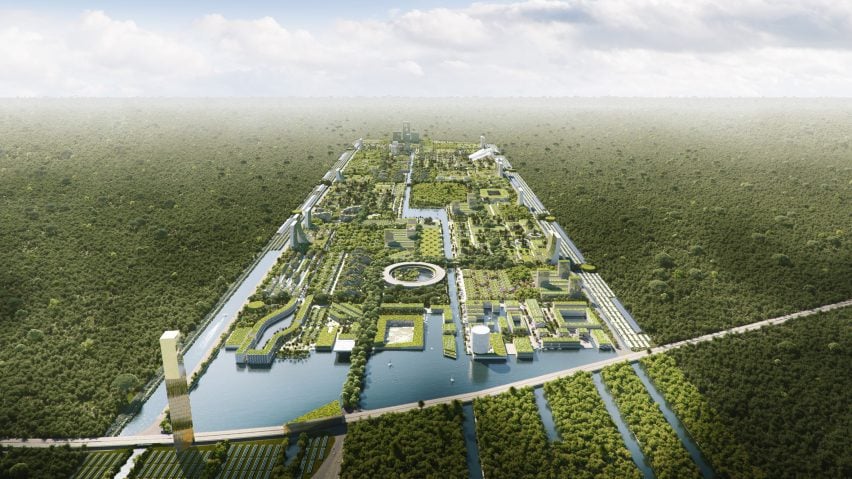 Italian architect Stefano Boeri has unveiled plans to create a forested smart city in Cancun, Mexico, that is designed to be a "pioneer" of more eco-efficient developments.

Smart Forest City Cancun is intended to be built on a 557 hectare site near the Mexican city. According to the architect it will contain 7.5 million plants, including numerous species of trees, shrubs and bushes chosen by botanist and landscape architect Laura Gatti.

"Smart Forest City Cancun is a Botanical Garden, within a contemporary city, based on Mayan heritage and in its relationship with the natural and sacred world," said Stefano Boeri Architetti. "An urban ecosystem where nature and city are intertwined and act as one organism." 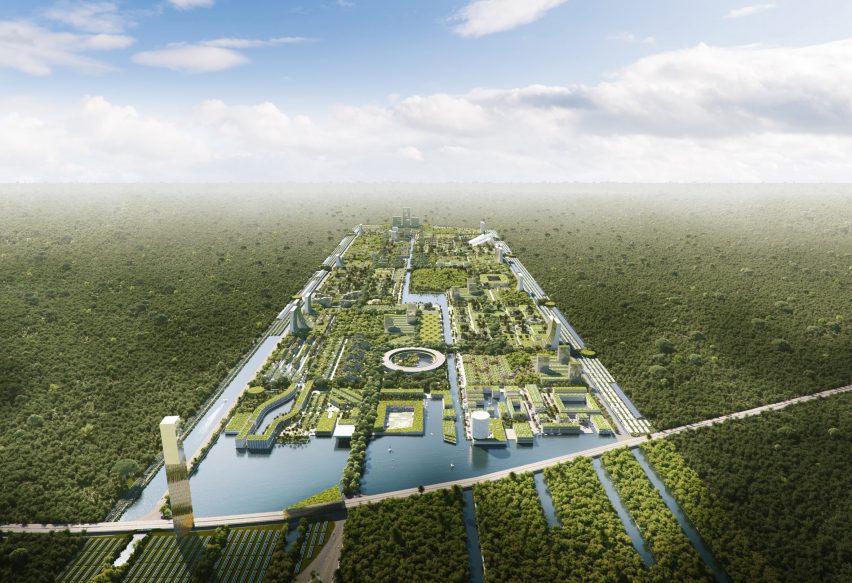 The project forms of part of Boeri's Forest City concept – which will see cities made up of plant-covered skyscrapers rolled out across China's urban areas – and the abundance of greenery is intended to depollute the surrounding environment.

Boeri's firm hopes the project will be built in lieu of a huge shopping mall, and reforest a site that was turned into a sand quarry for hotels.

"Thanks to the new public parks and private gardens, thanks to the green roofs and to the green facades, the areas actually occupied will be given back by nature through a perfect balance between the amount of green areas and building footprint," said the firm. 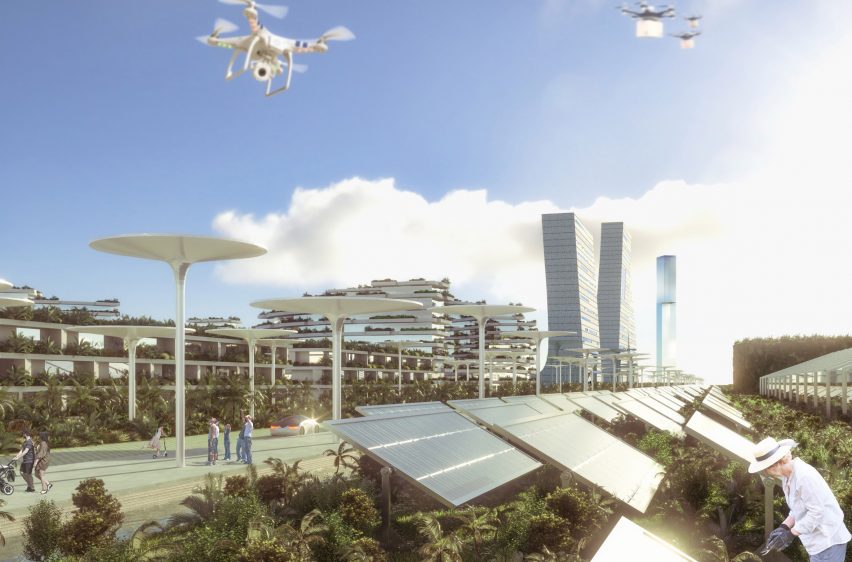 With concerns about climate change, pollution, habitat destruction and animal extinction rising, the firm believes the city could be a "pioneer" for more eco-efficient developments.

"Indeed the effort of the smart Forest City of Cancun could make our world a better place, reducing significantly the negative impacts on the environment, possibly being a pioneer for a new kind of human settlement, a man made city for nature and biodiversity," said the firm.

Data in the smart city will be managed with "full respect of the privacy of the citizens" – a particularly important element after the Facebook–Cambridge Analytica scandal allegedly used data to influence voters in political campaigns. In Boeri's scheme, however, data will be used to improve various aspects of city life.

"Big data management is used to improve the Governance of the city, hence, the life of its citizens," said the studio. 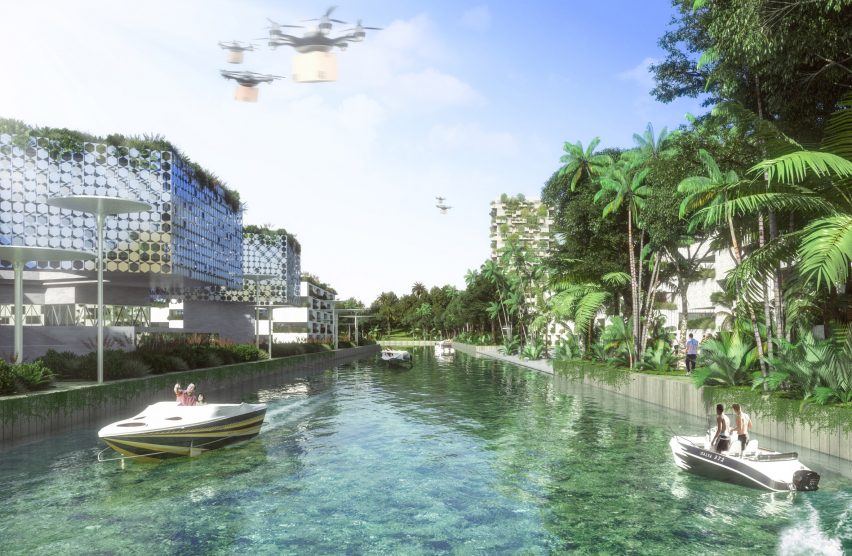 "Sensors are distributed within the building fabric: they collect and share relevant information, which is then centrally analysed and turned into suggestions in support of everyday life," it added. "For example, by mapping on an app the expected outdoor comfort experience within certain areas of the city."

Preventing the spread of diseases and making the most of energy use are among other possible benefits, according to the firm.

"Energy flows are monitored, in order to suggest to the users certain energy measures," it said. "For example, running their washing machines or dish washers during peak generation conditions, in order to get a cheaper energy rate, while supporting the energy management of the mechanical systems."

Boeri has teamed up with German engineering company Transsolar to design Smart Forest City Cancun to be self-sufficient in producing its own food and energy. Among the elements included to promote the circular economy are solar panels, and farmland that will be irrigated by an embedded water system.

Water will be collected in a basin at the entrance of the city, which will also include a desalination tower, and then distributed throughout canals.

Because of Cancun's close proximity to the Carribean Sea, the parcel is encircled by "water gardens" that bolster it against flooding. Renderings of the development show that these waterways can also be used for boating around the development.

Other features of the future neighbourhood include an internal electric and semi-automatic mobility system developed by Milan urban and transportation planning firm MIC (Mobility in Chain). The systems means that all residents will leave vehicles on the outskirts.

Smart Forest City Cancun will provide home to 130,000 inhabitants, who will become "gardeners" of the plants. There will be a variety of affordable, and plant-covered, housing aimed at different residents, including students, researchers and professors. "We have designed different types of housing that could include all the types of inhabitants," said the firm. "This will include affordable buildings for young students, researchers, professors."

The complex is also designed to become a centre for advanced research with six facilities that address some of the leading issues in today's society: bio-healthcare; astrophysics and planetary science; coral reef restoration; precision farming and regenerative technology; smart city; and mobility and robotics.

"The idea behind this project is to create a district dedicated to research and innovation (the fields will be: molecular biology, robotics, IT, etc) where academic institutions and research centres meet, along with big multinational corporations and the new generations of students and researchers, Mexican and from all over the world," said the firm.

Boeri presented the concept masterplan and project to the Region and the Municipality in March, and is awaiting approval.