Solid soap vs liquid soap: which is more eco friendly?

Want to make a small, green, lifestyle choice? Use soap bars instead of liquid.

The humble soap bar is back — and it’s ready to play its part in saving the environment. It works just as well as liquid soap in cleaning and disinfecting, and is a touch more eco-friendly. 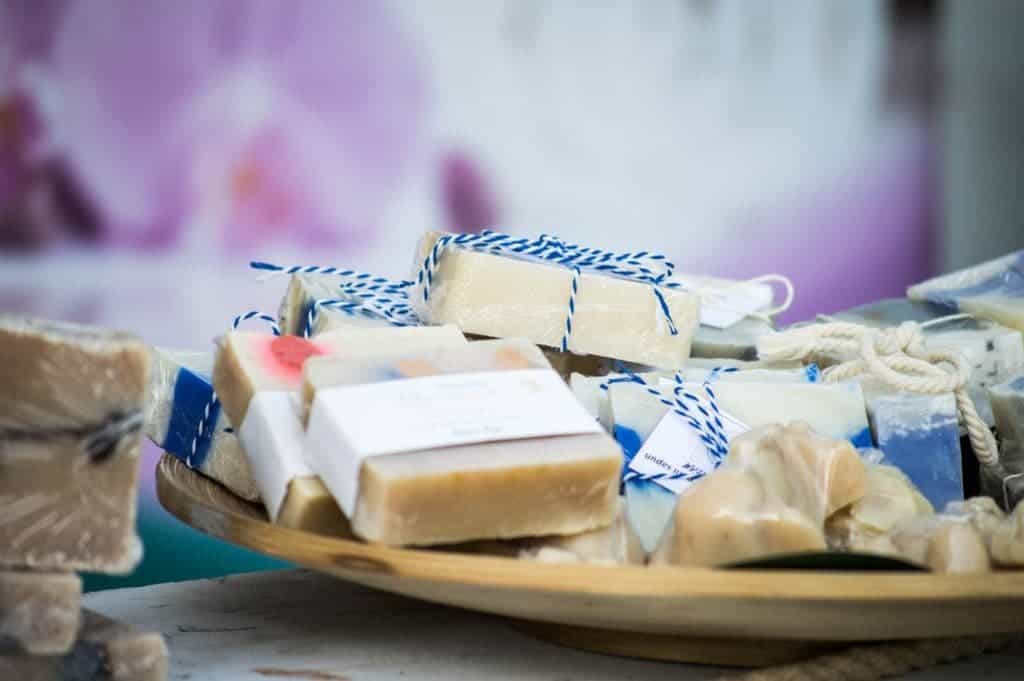 The soap bar is enjoying a fancy resurgence — and it well deserves that. Image credits: Kristina Balić.

The act of bathing is so common we don’t really pay it much attention. You go in, run the water, clean yourself with soap, rinse, dry, and you’re out. Except many people don’t actually use soap anymore.

Soap is a product made from a combination of fats (or oils) and an alkali (traditionally, lye). We might sometimes call other things ‘soap’, but that’s not technically accurate. For instance, body wash is technically a detergent — it contains extra chemicals called surfactants. Some solid soaps can also be labeled as a detergent, which is usually written on the label: if it says ‘soap’, it’s soap — otherwise, it’s probably detergent.

So which one should you buy? There’s such a huge selection on the market and everyone has their own personal preference. But if you’re thinking about the environment, the answer is pretty straightforward.

You should use bar soap.

You use less solid soap

It’s always difficult to compare different products that serve the same purpose. It’s not just the ingredients and energy that’s used in the production — a thorough lifetime analysis also needs to consider transportation, usage, and disposal.

Luckily for us, a team of researchers from Zurich’s Institute of Environmental Engineering already performer the analysis, and here’s what they found. 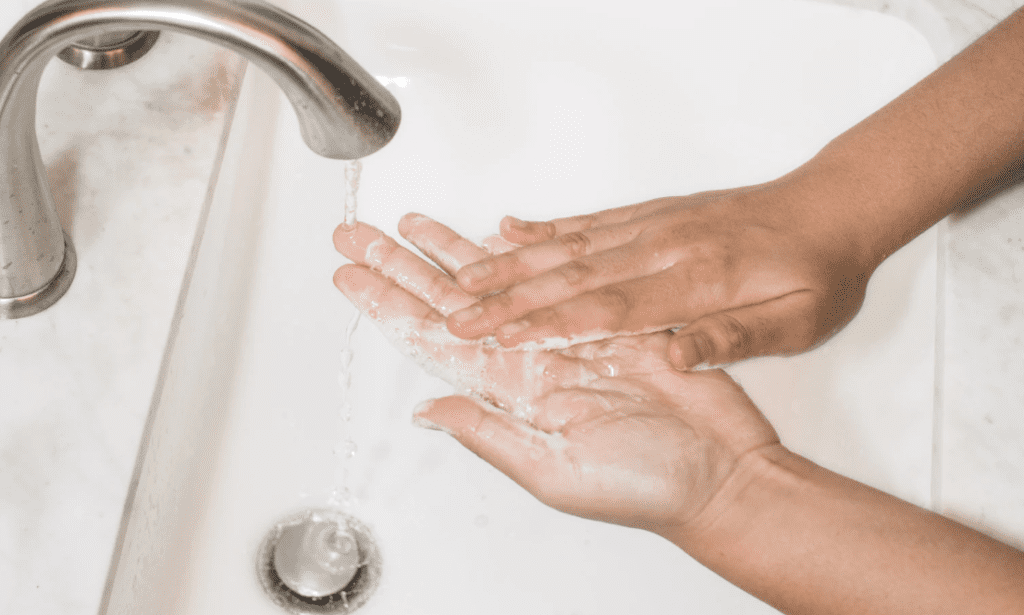 Solid soap does just as good a job at cleaning as liquid soap. Image credits: Curology.

In a regular 30-second hand wash, people use on average 0.35g of bar soap — compared to 2.3g liquid soap. In other words, washing your hands takes more than 6 times more liquid soap than solid soap.

That is, in part, due to how the products are used: you use a spurt of liquid soap, and that’s simply more than what you use when you wash your hands the old-fashioned way.

So solid soap would be better and cheaper even if it would require the same resources pound per pound as liquid soap.

Soap doesn’t account for a large part of your carbon footprint. Things like diet and transportation have a much bigger impact, and that’s where you should act first. But every positive impact is still an impact, and here’s how that applies to soap.

Liquid soap has 10x the carbon footprint of bar soap. The first reason for that is the extra chemicals contained by liquid soap, which are relatively energy-intensive.

The second aspect is packaging: liquid soap is packaged in specific plastic containers which, again, require more energy to produce than the solid soap packaging (more on that in the packaging section).

When it comes to water usage, liquid soap salvages some ground. We tend to use 30% more warm water when we wash with solid soap compared to liquid. It’s significant that this is warm water, which also implies an energy cost for warming the water.

However, this is compensated by the end of life disposal: the chemicals used in liquid soap require more wastewater treatment than those used in soap. The liquid soap’s advantage in this regard is slim at best.

This impact differs from place to place depending on agricultural practices, but it usually translates into a slightly higher environmental cost for solid soap.

Solid soap surges ahead when it comes to transportation — it’s much more efficient. Not only is liquid soap heavier to carry, but it’s also not packaged very efficiently. Bar soap is almost always packed in stackable bars, which saves a lot of space. 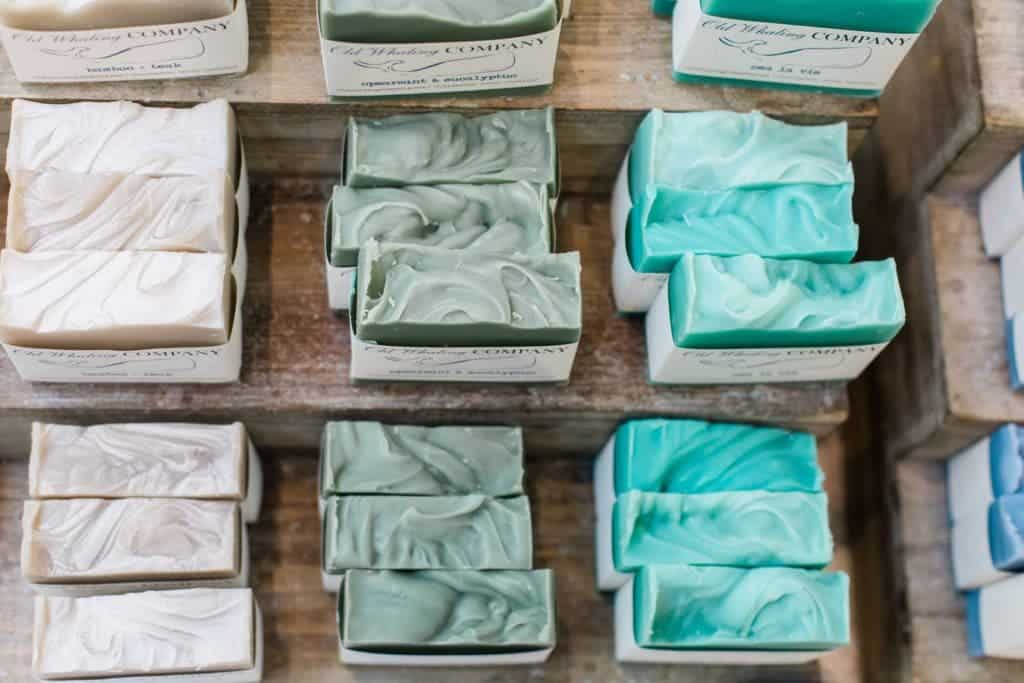 This is also an advantage for sellers, which allows them to store more soap, requiring fewer shipments.

This is where liquid soap becomes really disadvantageous. As mentioned, liquid soap requires much more wastewater treatment and has much more plastic packaging than solid soap.

Not only does this mean producing the packaging is costly (from an environmental perspective), but disposing of it is also problematic.

Solid soap, on the other hand, often has minimal packaging. A simple paper label is usually applied, or a thin plastic coat (also problematic, but less so than with liquid soap). 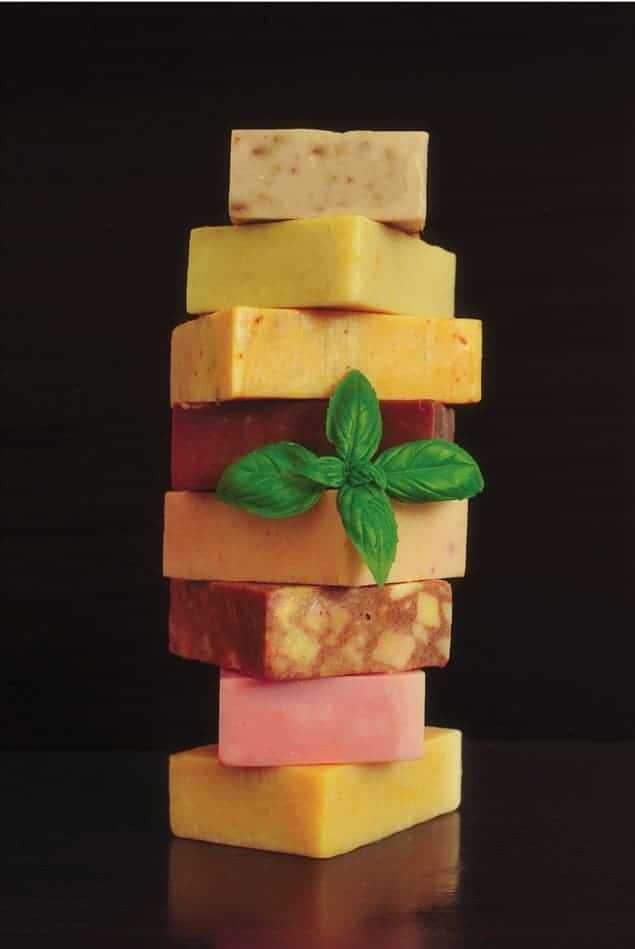 It’s not entirely a black and white issue but environmentally, solid soap is almost always better. From the cradle to the bin, liquid soap uses several times more energy and has packaging which is difficult to recycle or dispose of.

If you want to use liquid soap, there are ways to improve its environmental performance. For example, you can buy wholesale and refill existing bottles by bringing your own container to the store (in places that allow this).

But for now, solid soap is more eco-friendly. It won’t make a massive difference in your overall resource usage, but every bit can help.

Thankfully, soap bars are also enjoying a popularity resurgence, with numerous fancy and varied products available on the market.