The demands of feeding a planet rapidly careening toward 10 billion people, coupled with the environmental degradation that industry and development has caused, has left much of the world's soil depleted of nutrients. A professor who studies soil science and is looking to improve the dirt for farmers around the world has been awarded the 2020 World Food Prize for his work, as NPR reported. 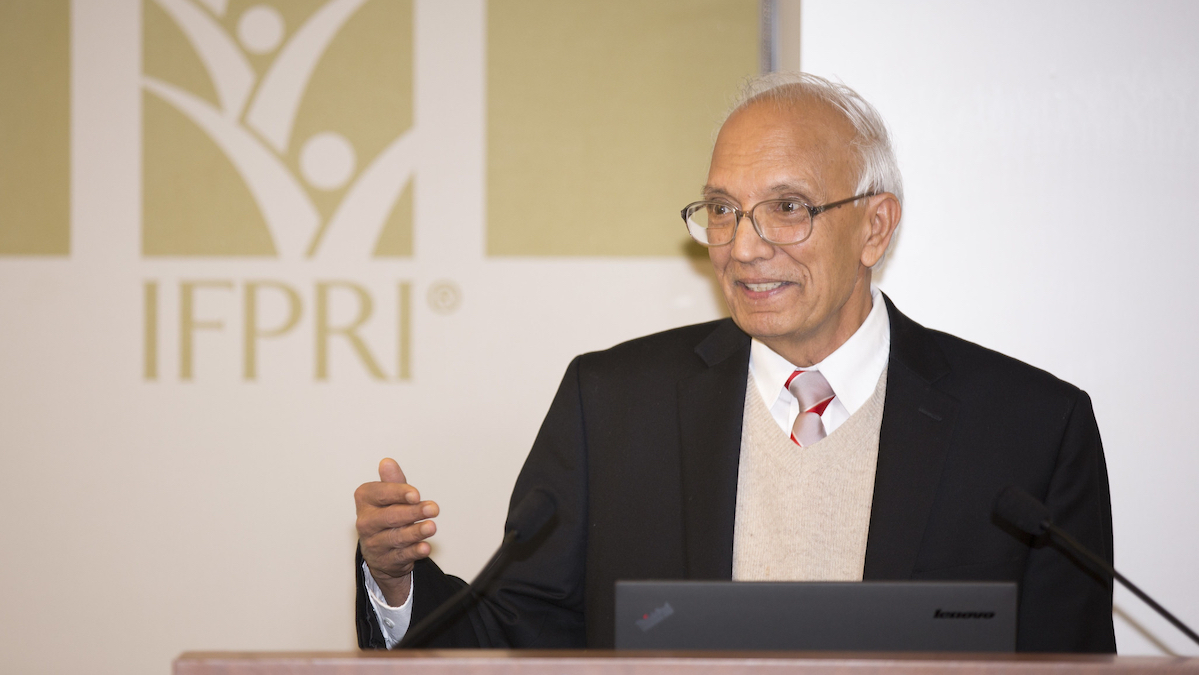 Rattan Lal, a professor of soil science and the director of the Carbon Management and Sequestration Center at The Ohio State University, has pioneered farming techniques that prevent soil from losing vital nutrients and even put nutrients back into soil, according to NPR. That work is incredibly important, since data from the Food and Agriculture Organization of the United Nations show that about a third of the planet's soil is "moderately to highly degraded."

When the nutrients disappear, crop yields are lower and less healthy. That's troublesome for the growing demands placed on farmers.

As NPR reported. Lal believes sustainable agriculture practices are the "win-win-win option" as the world struggles with the climate crisis and food insecurity. "My philosophy has always been that the health of soil, plants, animal, people, and the environment is one indivisible," Lal said.

In addition to improving soil, Lal's work showed how plants could pull carbon from the atmosphere and sequester it in the soil to prevent it from combining with oxygen and creating carbon dioxide, which adds more greenhouse gases to an already warming planet, according to The Hawk Eye in Iowa.

"This breakthrough research transformed the way the world saw soils," the World Food Prize Foundation, a Des Moines nonprofit that sponsors the annual $250,000 prize, said in its announcement of the prize.

"As a result, soils are now not only the foundation for increasing the quality and quantity of food and preserving natural ecosystems, but an important part of mitigating climate change, as well," the foundation said in its release.

The World Food Prize is often described as the Nobel for research in food, according to The Indian Express. It was even created by Nobel prize laureate Norman Borlaug in 1987.

Lal is no stranger to prizes, nor to altruism. Last year, he was awarded $450,000 for the Japan Prize, which is issued by the Japanese government, for his work on soil. He gave all of the prize money to Ohio State's College of Food, Agricultural and Environmental Sciences, as Columbus Business First in Ohio reported.

Lal's work built upon the tenets that farmers already knew about maintaining and building healthy soil. His work that focused on restoring nutrients had the added bonus of removing carbon from the atmosphere, according to the Toledo Blade.

"He's helping the Earth's estimated 500 million small farmers be faithful stewards of their land through improved management, less soil degradation, and the recycling of nutrients," said U.S. Secretary of State Mike Pompeo, as the Toledo Blade reported. "The billions of people who depend on these farms stand to benefit greatly from his work."

The Kaiser Foundation reported that USAID Acting Administrator John Barsa said, "The global demand for food is growing faster than the world's population. Agriculture and food systems face the challenge of producing more while using less land and water. Dr. Lal's work has advanced our ability to grow more food while minimizing the environmental impact for agriculture — essential for sustainable solutions to end hunger and malnutrition."

Lal's adventurous career has taken him to posts in Australia and Nigeria. He has led soil restoration projects in Asia, Africa and Latin America, integrating no-till farming and use of cover crops, mulching and agroforestry to protect soil, conserve water and return nutrients, carbon and organic matter in the soil, according to LiveMint.

"[Lal] was really the first person to put soil science on the map," said Marco Ferroni of CGIAR, a global agricultural research group, to NPR.