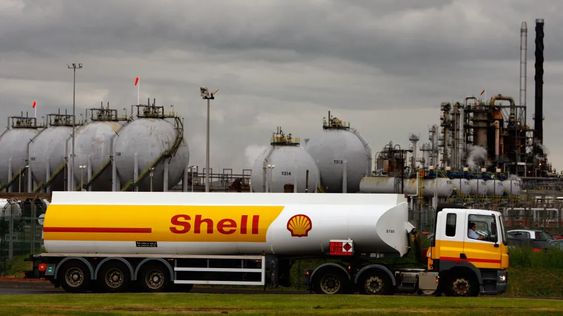 Shell says oil is on its way out.

In a Thursday statement, the fossil fuel giant said its “oil production peaked in 2019,” and that we can now expect it to decline gradually by 1 or 2% per year. Shell also said its total carbon emissions peaked in 2018 at 1.7 gigatonnes.

The statement doesn’t come as a total surprise. The oil market has been in decline for years, and since the covid-19 pandemic began last year, fuel prices went from bad to catastrophically bad. Last Fall, the International Energy Agency predicted a “treacherous” path ahead for the industry. And in September, fellow energy giant BP said the world may have already reached peak oil. Shell’s own CFO hinted at the announcement in May when she told investors the company has experienced “major demand destruction that we don’t even know will come back,” and soon after, Shell wrote down $22 billion on its balance sheets. But still, this is the first time it’s made an outright announcement of this kind.

With oil on the decline, Shell announced in September that it would achieve net-zero carbon pollution by 2050, but didn’t say much in the way of interim goals. The energy company now says it will build on that plan by launching an “accelerated strategy” to phase out of emissions.

But in typical Shell fashion, the actual plan to get there is weak as hell. It includes promises to rapidly ramp up investment in solar and hydrogen power, but also to pour money into biofuels—which research shows can be just as polluting as gas and diesel. It said it plans to make biofuels and hydrogen up to 10% of its portfolio by 2030. Even more insultingly, the company also plans to hugely up its output of liquefied natural gas, adding 7 million tons of new capacity for it by the middle of this decade. And though the company has said it will plow up to $3 billion into renewables “in the near term,” it still spends tens of billions on oil and gas exploration each year.

Upping dirty energy production will make it pretty difficult to reduce emissions, which is why Shell said last week that it will boost its use of “nature-based” forest offsets and carbon carbon capture and storage. The company already does that to produce “carbon neutral” natural gas. But carbon offsets are, simply put, not real climate solutions. Offsetting greenhouse gas pollution doesn’t actually stop emissions from occurring. In addition, offset projects have also been a source of horrific environmental justice since they have often resulted in displacing people from their homes in order to make room to plant trees.

Carbon capture technology would, in theory, suck up pollution, but it has not been proven to work at scale. Even if it did, it would do nothing to combat the other toxic impacts of at the source of extraction, so it’s no substitute for rapidly phasing out of fossil fuels.

There’s another reason not to celebrate the company’s announcement: Shell has also made it clear that as its oil production declines, workers will suffer. It has previously said its transition to low-carbon energy would include laying off 10% of its workforce. Yet it has not, of course, announced any pay cuts for its executives to make up for lost oil revenue.

Shell’s assertion that it has reached peak oil is yet more proof that the market is transitioning away from fossil fuels. But it also illustrates why we can’t leave the transition up to market forces. We need to cut fossil fuel production much faster than Shell’s plan allows, and to immediately put an end to all new oil and gas infrastructure. We also need to ensure laid-off fossil fuel workers have good jobs moving forward, and that renewable energy is not built with abusive labor practices or ones that disrupt fragile ecosystems. Judging by Shell’s track record on both fronts, we can’t rely on it to do the right thing. So while one of the world’s biggest oil companies acknowledging the end of oil is a good thing, it still points to the need for governments to take a much more active role to make sure we reach the end of that road in a fair and just manner.