Scientists Have Turned Bricks Into Batteries 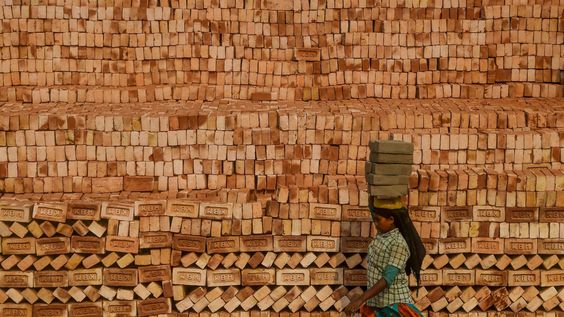 We build homes out of bricks for lots of reasons. They’re resilient to high pressure and frost. They can withstand fluctuating temperatures without shrinking, expanding, or warping. They’re great at absorbing heat. They’re durable and can be reused. And according to a new study in Nature Communications, they can also be developed to store energy.

Bricks gets their warm, brownish-red hue from hematite, an iron oxide commonly found in rocks and soil that humans have been using as a pigment for 73,000 years. Interestingly, hematite is also used at state-of-the-art energy storage facilities. With that in mind, the chemists who authored the study developed a method to modify bricks to allow them to store electricity that can be used to power devices.

The authors bought some bricks from their local Home Depot and coated them with a gas made of a particular molecule. Since bricks are porous, that gas got into every nook and cranny of the bricks. When that molecule interacted with the hematite in the bricks, it triggered a polymerization reaction, creating a polymer known as PEDOT, which can store and conduct electricity. They knew the chemical process worked because when they put the bricks in the oven, they came out not red, but blue.

Using a solar cell, the chemists then gave half the bricks a positive charge and half of them a negative charge and connecting them with copper tape. This essentially turned the bricks into a battery, ready to store energy that can power a device when a switch is flipped.

As proof of concept, they tried this out on some of their bricks and got them to power a small LED light. Check it out: 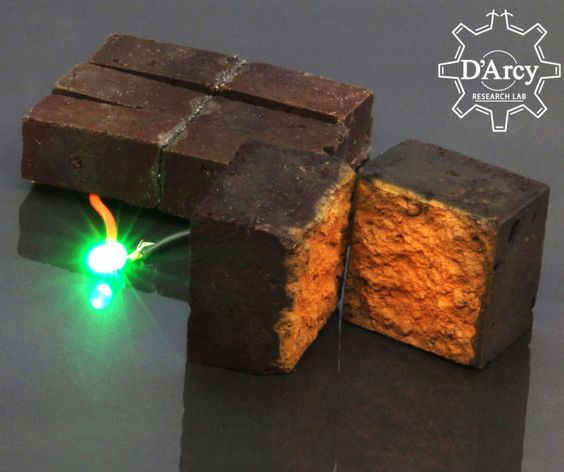 These brick batteries can be recharged in about 13 minutes, and have a lifetime of about 10,000 charges. This is all very exciting, but right now, the bricks can’t store a ton of energy.

Julio D’Arcy, assistant professor of chemistry at Washington University in St. Louis, who worked on the study and runs the lab where it was conducted, said 50 bricks can store enough electricity to power three watts of emergency lighting for 50 minutes but that “the amount of intensity of light is going to decrease over that time.” Three watts is roughly equivalent to an LED desk lamp.

“We could just increase the number of bricks to increase the amount of energy you can stored, but we know that’s not a great strategy because coating more and more bricks can get expensive,” D’Arcy said.

The brick batteries could also be used to power small electronics such as carbon dioxide detectors which don’t require much energy, but the chemists are thinking bigger. D’Arcy said if the team manages to increase the amount of energy the bricks can store by an order of magnitude, they’d be on par with the storage capability of a lithium battery. Eventually, the chemists hope the bricks can be integrated into solar-powered homes to allow them to store energy, which could be particularly useful during storms or other events that threaten power supply.

And since they’re made with PEDOT, D’arcy said, the bricks could have a lot of potential in the building industry. In addition to energy storage, other researchers are developing ways to use bricks to purify water. So one day, it’s possible your house’s walls could provide the electricity you use and the water you drink.

There’s a long way to go until these bricks are ready to be used for homes. But if chemists successfully improve their power, D’Arcy said it’s not hard to imagine their widespread use, because we’re so used to using bricks. We’ve already been using them for tens of thousands of years.

“Bricks are so special to humans. We live in them, we’re always interacting with them,” he said. “We just want to improve them.”