It is not common for scientists to take a social stand.

A group of over 900 researchers have signed a declaration of support for the people all around the world protesting their governments’ lack of climate action. Breaking away from the traditional scientific caution, the signatories (which feature high-ranking researchers from all around the world) warn that failure to act strongly or quickly enough will cause “incalculable human suffering.” To this end, the letter even endorses civil disobedience, researchers told Reuters. 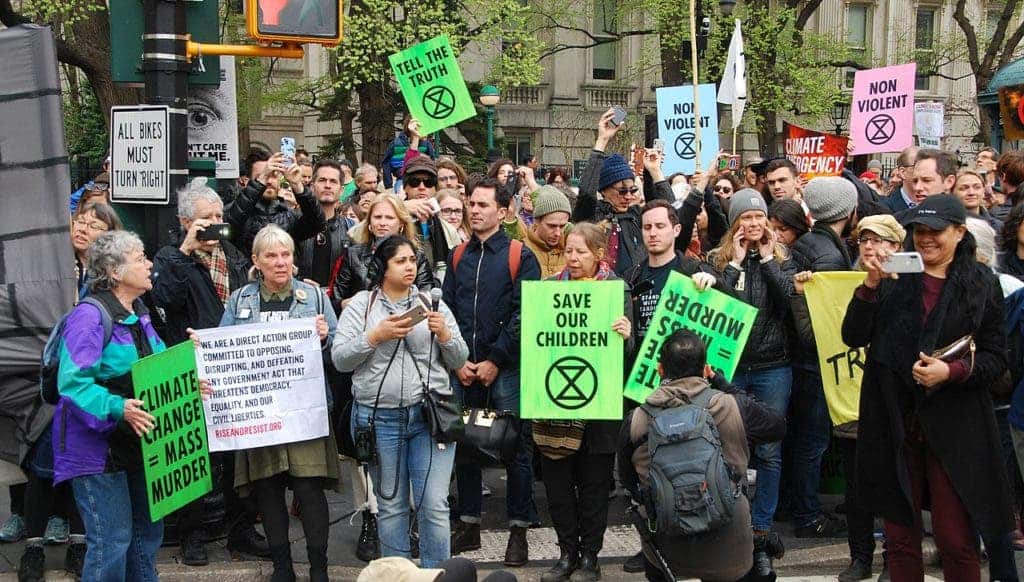 A protest in New York. Image via Wiki Commons.

It’s taken us long enough to realize that climate change is happening because of us — not to say that deniers aren’t still active or prominent, but we’ve reached a point where a majority of society supports climate action.

However, we can’t afford the luxury of waiting another few decades and taking minimal action, and we’re certainly not acting quickly enough. This is why the statement is so pressing.

“We believe it is our moral duty to act now, and we urge other scientists to join us in helping to protect humanity’s only home,” reads the statement, which requires all signatories to hold a Master’s Degree or more in a field directly related to the sciences.

Wearing white laboratory coats to symbolize their research credentials, a group of about 20 of the signatories gathered outside of London’s century-old Science Museum to read the text.

It is particularly symbolic that the text was unveiled in London, as the British capital is undergoing a series of large protests under a movement called “Extinction Rebellion”. Extinction Rebellion has the stated aim of using civil disobedience to compel government action on climate breakdown, biodiversity loss, and the risk of social and ecological collapse. The reason why this is especially symbolic is because the researchers’ letter also endorses civil disobedience for the purpose of pushing governmental action in this direction.

“As scientists, we have an obligation that extends beyond merely describing and understanding the natural world to taking an active part in helping to protect it. We note that the scientific community has already tried all conventional methods to draw attention to the crisis. We believe that the continued governmental inaction over the climate and ecological crisis now justifies peaceful and nonviolent protest and direct action, even if this goes beyond the bounds of the current law.”

“We therefore support those who are rising up peacefully against governments around the world that are failing to act proportionately to the scale of the crisis.” 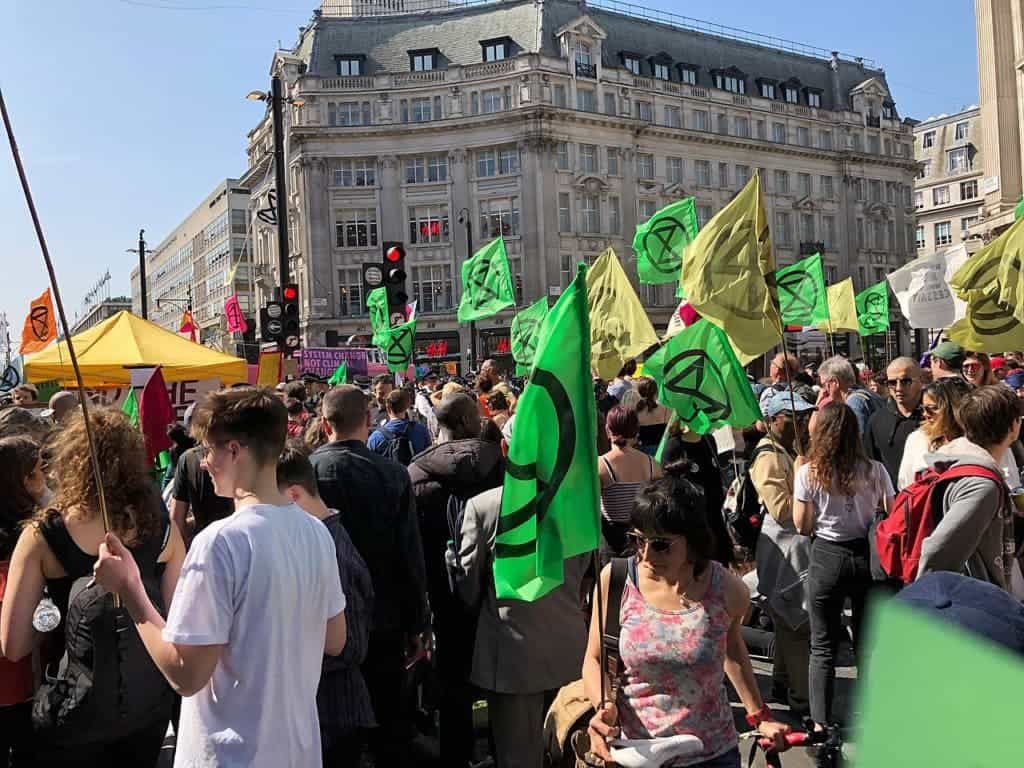 Over 1,300 peaceful protesters have been arrested in London alone, and protests have been banned by the London Police — a decision which many have called unfair and baseless, including Member of European Parliament Ellie Chowns, who has also been arrested for standing with the protesters. Member of British Parliament Caroline Lucas has also called the police reaction a “huge over-reach of police power”. The Mayor of London, Sadiq Khan, has also announced he is looking into this to determine whether this action is necessary and legal.

More than 1500 protesters have been arrested in the past week all around the world, including cities such as Brussels, New York, Sydney, or Toronto.

As of now, over 900 researchers have signed the letter, a number which has continuously grown since the letter was first released two days ago. The list of signatories includes several scientists who contributed to the U.N.-backed Intergovernmental Panel on Climate Change (IPCC), which has produced a series of reports summarizing and highlighting the urgency of massive cuts in carbon emissions. Scientists from the fields of biology, physics, economy, engineering, and several other fields are on the list.

While many other researchers would certainly disagree with a call for civil disobedience even for such a lofty goal, virtually all scientists agree that immediate and strong action is necessary. Whether or not this will actually happen remains to be seen.

In the meantime, the list of signing researchers continues to grow. You can read the entire letter here.