"We are deeply concerned that forest rangers and activists like us are being killed while investigating illegal logging in Romania."

"Four years ago I was investigating close to Retezat National Park and a bunch of thugs attacked me and tried to kill me. They broke my ribs, cracked my head open and broke my hand before I managed to escape by running," he said.

Although there are suspects in his case, the prosecution has been slow and no-one has yet been convicted. However, this month the suspects will finally face a court.

"All this time they were free and I feared for my life," he said

Forest ranger Liviu Pop was responding to a tip-off about illegal logging when he was shot dead with a hunting rifle this week.

He is the second Romanian forest ranger killed in just over a month, and the two deaths have heightened fears for the safety of those whose job it is to protect the forests of this eastern EU country. 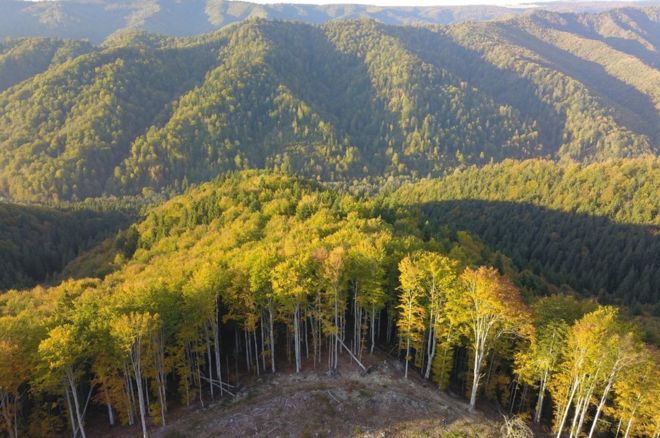 Romania is home to more than half of Europe's last remaining old-growth and primeval forests — valuable ecosystems home to bears, wolves, lynx, and wildcat.

There is considerable alarm at the levels of violence illegal loggers are willing to use in order to steal wood. That wood can end up anywhere across Europe, from furniture to paper or building materials.

Liviu Pop had gone out to investigate a possible case of illegal logging in a mountainous region of Maramures in north Romania when his colleagues became concerned. 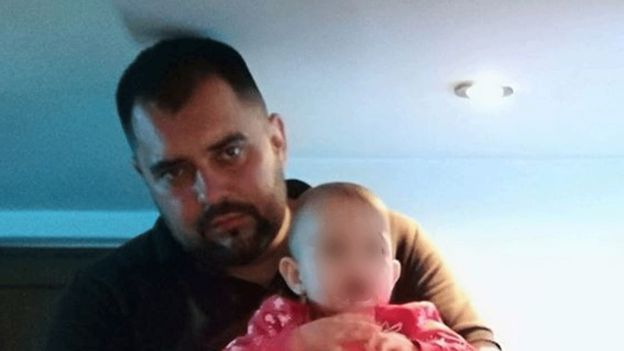 They tried to reach him by phone but received no response, according to local media reports.

The body of the married father of three was found by police in a forest gorge on Wednesday night. An investigation has been opened but there are no suspects at this stage, case prosecutor, Bogdan Gabor, told the BBC.

He may have been shot with his own gun, the prosecutor added.

Raducu Gorcioaia, 50, was found dead in his car last month, a short distance away from an illegal logging site in Pascani forest district in the north-east of the country.

The forest ranger had suffered serious head injuries reportedly caused by an axe. Three people, including two teenagers, are suspects in the case.

'Thugs tried to kill me'

Gabriel Paun knows all about the violence associated with illegal logging.

"The forest mafia has tried to kill me several times," the head of environmental group Agent Green told the BBC. He has spent decades trying to protect Romania's wilderness. 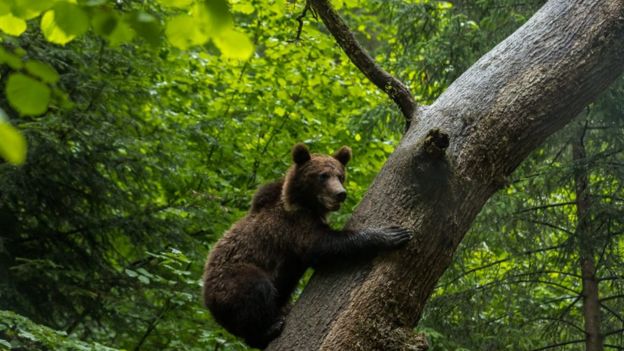 Romania's forests are home to bears, wolves and lynx but are being chopped down at an alarming rate

Romania's state-owned forest management company, Romsilva, which manages 48% of the country's forests, strongly condemned the latest killing and cited alarming numbers of attacks against forestry workers who were trying to protect against "wood thieves".

It has counted 16 attacks on its forestry workers this year alone.

The head of the Silva Trade Union Federation, Silviu Geana, complains that rangers are unable to defend themselves and six rangers have now lost their lives in recent years.

Romania's forests are being chopped down at an alarming rate and the murder of forestry workers trying to protect the wilderness may do little to slow it down. 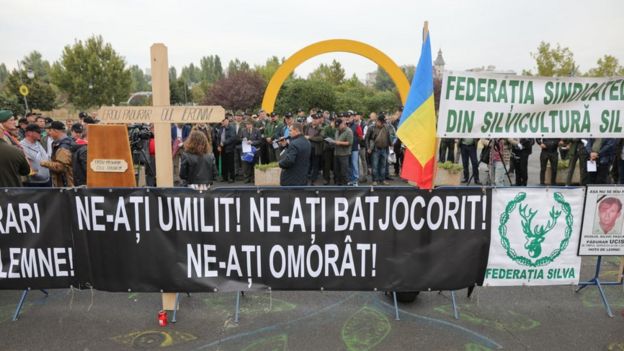 Research by Greenpeace Romania estimates that Romania is losing as much as three hectares of its total forest cover every hour as a result of degradation, illegal and legal logging — including swathes of its pristine old-growth forests.

"There is a lot at stake because Romania is home to the last, vast old-growth and primeval forest cover — but they are simply becoming chipboard for furniture." Gabriel Paun said. 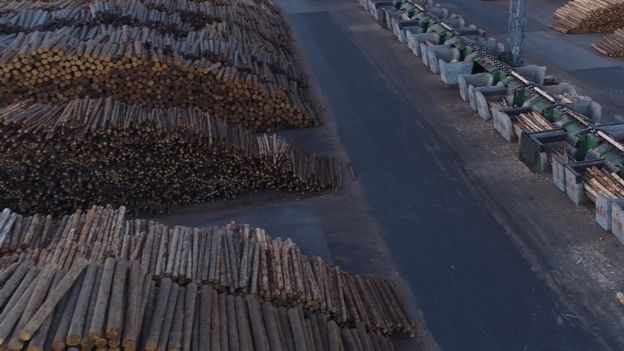 The government in Bucharest says it has boosted efforts to fight illegal logging, with better inspection and monitoring, but the EU says big challenges lie ahead.

The day after Liviu Pop was shot dead in a forest in Maramures, Gabriel Paun was out investigating a logging site in the Eastern Carpathians by one of the biggest commercial logging companies operating in Romania.

"They have removed much more wood than was legal to cut, but the question here is why the government allows an old-growth forest that was formed after the last ice-age to be completely removed?'"

He was later chased away by the loggers. He escaped without harm, but the risks for those fighting to defend Romania's forests is clear.

By Stephen McGrathRomania, 21October 2019 on bbc.com