That can't be good.

Industrial pollution in the Arctic is way worse than we’ve assumed, according to a new paper, and it’s affecting the life of trees. 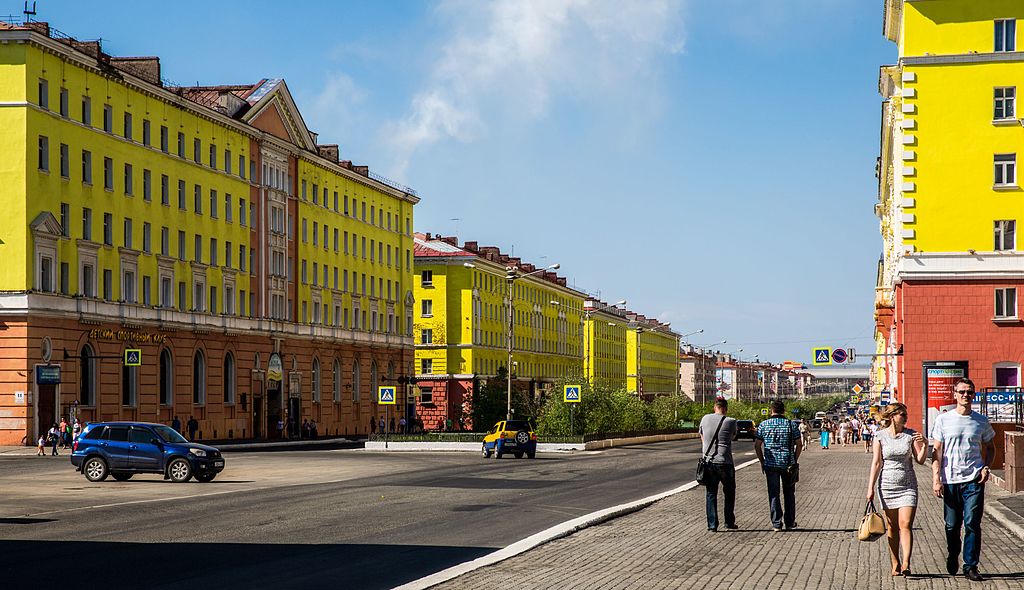 The findings are based on the analysis of tree-rings and wood chemistry around the city of Norilsk in the Russian Arctic. According to the authors, ecosystems in this region have been “devastated” by decades of nickel and copper mining, and the effects extend far enough to disrupt the global carbon cycle. They also explain that die-offs have spread to almost 100 kilometers away from the city.

Trouble in the north

“Using the information stored in thousands of tree rings, we can see the effects of Norilsk’s uncontrolled environmental disaster over the past nine decades,” said Professor Ulf Büntgen from Cambridge’s Department of Geography, who led the research.

“While the problem of sulfur emissions and forest dieback has been successfully addressed in much of Europe, for Siberia, we haven’t been able to see what the impact has been, largely due to a lack of long-term monitoring data.”

Norilsk is the northernmost city in the world, housing around 100,000 people. It’s also one of the most polluted places on Earth due to intensive mining operations for nickel, copper, and palladium which have been ongoing since the 1930s under very little environmental regulations. A spill in May 2020, which involved around 17,500 tons of diesel oil making its way into local rivers, further destroyed local ecosystems.

Airborne emissions from the city’s industries are directly responsible for the destruction of around 24,000 square kilometres of boreal forest in the last six decades, the team explains. However, even those areas of the forest that have survived are struggling. Tree growth is impaired by the polluted air, as it reduces the plants’ ability to absorb carbon from the atmosphere.

However, these links are well documented. What the team studied is the ‘divergence problem’ in dendrochronology (the study of tree rings). The size of each tree ring is a great indicator of the environmental conditions during the year they developed in, including precipitation levels and average air temperatures. But researchers have noticed that the width of tree rings has become independent of (i.e., that it’s ‘decoupling’ from) air temperatures ever since the 1970s.

The team used data on tree ring and wood chemistry from both living and dead trees in the area to quantify the ecological damage caused by industrial emissions from Norilsk. They report that this damage peaked in the 1960s, but is still affecting the forests and trees around the city. Furthermore, the team explains that industrial emissions are at least partially responsible for the phenomenon of ‘Arctic dimming‘. This is the phenomenon where (natural or man-made) pollution particles block incoming sunlight, affecting plant growth and other natural processes such as evaporation and precipitation.

Wide-scale tree death caused by pollution in the Norilsk region began in the 1960s, the team explains. Dimming in the Arctic also began having a noticeable effect on the growth rate of local trees since the 1970s. Given that atmospheric circulation tends to accumulate pollution in the arctic area, not disperse it as in other regions, the researchers also looked at arctic areas farther away from the city. They report finding that “trees across the high-northern latitudes are suffering as well.”

All in all, the findings give us a glimpse into how trees in the Arctic region will likely fare in the future. Shifts brought about by climate change should make plants grow faster, but the team says that the trees of Siberia are actually growing slower than before. This is mainly caused by atmospheric pollution, which is impeding their ability to photosynthesize. Such changes reflect global trends, the team adds, giving us cause for concern in regards to the health of trees in the future.

“What surprised us is just how widespread the effects of industrial pollution are — the scale of the damage shows just how vulnerable and sensitive the boreal forest is,” said Büntgen. “Given the ecological importance of this biome, the pollution levels across the high-northern latitudes could have an enormous impact on the entire global carbon cycle.”

The paper “Ecological and conceptual consequences of Arctic pollution” has been published in the journal Ecology Letters.