Outcry over killing of almost 1,500 dolphins on Faroe Islands

Outcry over killing of almost 1,500 dolphins on Faroe Islands

Story contains graphic image that some may find distressing. 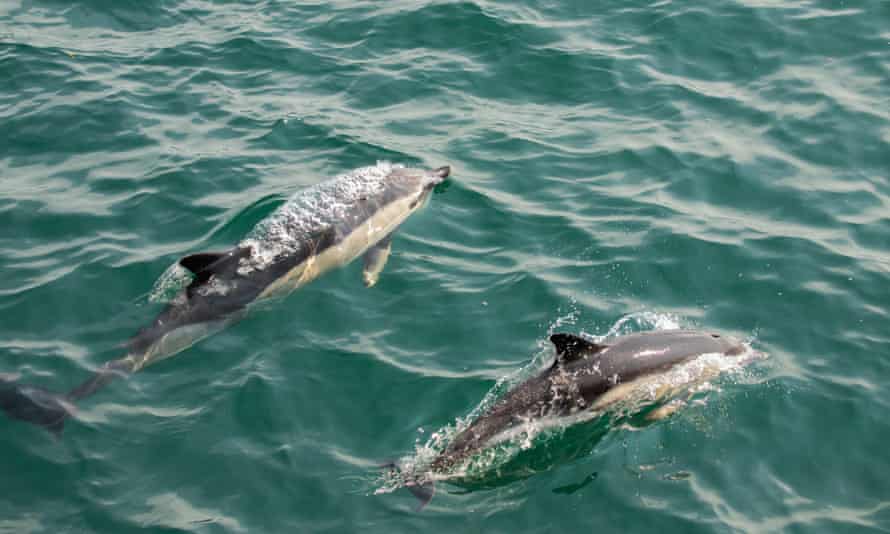 Dolphins are traditionally hunted on the Faroe Islands for their meat. Photograph: JZHunt/Getty Images/iStockphoto

Even the staunchest defenders of traditional whaling in the Faroe Islands have condemned the “cruel and unnecessary” massacre on Sunday of a superpod of nearly 1,500 dolphins, which were driven into shallow waters of the Skálabotnur beach on the island of Eysturoy and left writhing for hours before being killed.

The Sea Shepherd group, which has been campaigning to stop the traditional Faroese “Grind” hunt since the 1980s, has claimed Sunday’s hunt was “the largest single killing of dolphins or pilot whales in the islands’ history”, with more animals perishing than in an entire season at the infamous “Cove” at Taiji, Japan.

This time though, the scale of the killing was such that even many Faroese, who frequently view the hunt as part of their cultural heritage, expressed disgust.

“I get nauseous seeing this kind of thing,” said one commentator on the Facebook page of the local broadcaster Kringvarp Føroya, with another describing the massacre as “full-on terrible”, saying: “I’m embarrassed to be Faroese.” 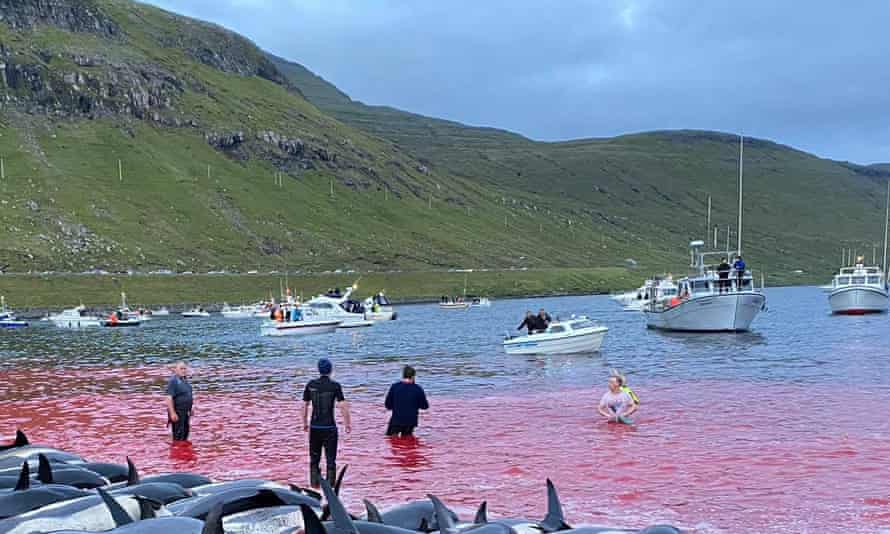 The carcasses of dead white-sided dolphins on a beach after being pulled from the blood-stained water on the island of Eysturoy. Photograph: AP

Heri Petersen, who chairs the local Grind hunting association in the bay where the killing took place, said that far too many dolphins had been herded into the bay over too long a distance, with too few people waiting on the beach to kill them, prolonging their agony.

“I’m appalled at what happened,” he told the local In.fo news site. “The dolphins lay on the beach writhing for far too long before they were killed.”

Hans Jacob Hermansen, the former chairmen of the Faroese Grind Association, which campaigns for the survival of the traditional hunt, told the local Kringvarp Føroya broadcaster that he was shocked by the event, which he said “destroys all the work we have done to preserve the Grind”.

“The world has become much smaller today, with everyone walking around with a camera in their pocket,” said his successor, Ólavur Sjúrðarberg. “This is a gift to those who wish us ill when it comes to the Grind.”

The Grind is significant for many Faroese people, with spectators coming out to watch from the shore, and the meat from the catch traditionally shared among the families that participated, with any excess then spread among local villagers.

But one local told the Danish newspaper Ekstra Bladet that there was no way that locals would want to consume this much dolphin meat.

“My guess is that most of the dolphins will be thrown in the trash or in a hole in the ground,” they said. “We should have quotas per district, and we should not kill dolphins.”

Captain Alex Cornelissen, the global chief executive of Sea Shepherd, which campaigns against whaling, said that in the midst of a global pandemic it was “absolutely appalling to see an attack on nature of this scale in the Faroe Islands”.