One-eyed, baby albino shark might be the product of climate change

The fishermen who caught the bizarre creature were left speechless. 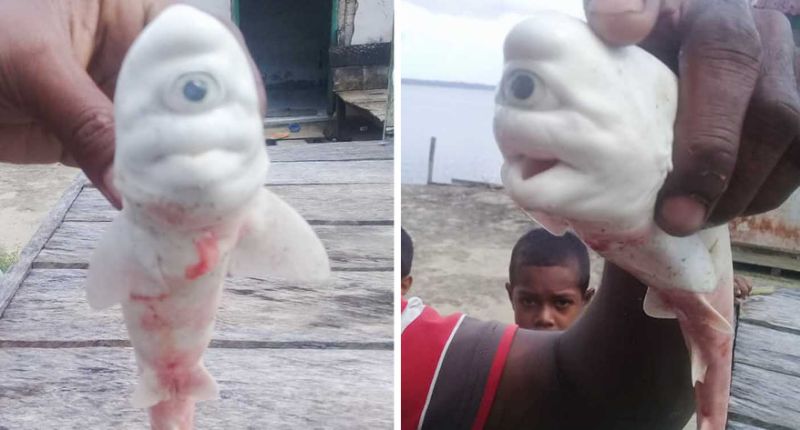 Fishermen sailing along the Maluku province in Indonesia were stunned after they found an extremely rare baby albino shark. The bizarre discovery was made on October 10 after they cut the baby shark’s mother’s belly to remove its intestines.

“We found three babies inside its stomach, but one of them looked strange with only one eye. Its color was strange too, like milk,” said Andy, one of the fishermen, who added that the adult shark must have been pregnant when it was accidentally caught in the net.

The incident was reported to the local marine office in Indonesia, where they also handed over the strange-looking baby shark who suffers from two rare conditions. 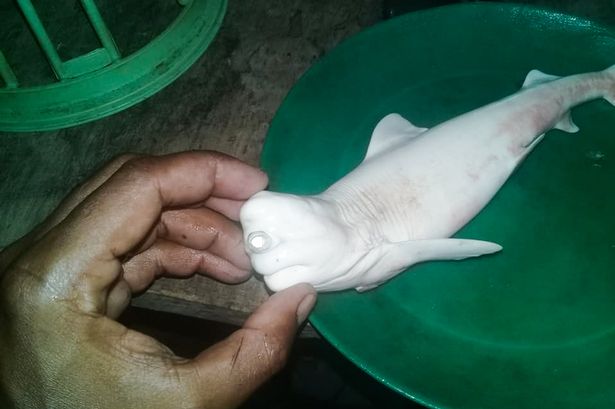 One is cyclopia, a birth defect in which the forebrain of the embryo doesn’t form two equal hemispheres. Its defining sign is a single eye or a partially divided eye. In humans, babies with cyclopia also typically lack a nose and aren’t expected to survive more than a couple of hours after birth. There’s no way to prevent the condition and there’s currently no cure.

The second genetic condition is albinism, characterized by the lack of melanin pigment in the hair, eyes, and skin.

This isn’t the first recorded shark with cyclopia, but the deformity may have become more common due to rising sea temperatures. The world’s oceans act as huge heat sinks, and have sopped up more than 90% of all the excess heat energy trapped by CO2 since the 1970s.

However, the rate at which ocean warming is occurring is rising fast. It’s already 24% higher than the rate of warming experienced a few decades ago. By the end of the century, the Intergovernmental Panel on Climate Change (IPCC) estimates sea temperatures could rise between 1.4°C and 5.8°C.

Water temperature is an important environmental cue triggering various reproduction processes. This rare baby albino shark may have suffered from imbalances caused by climate change, although there’s no way of telling for sure.