Ocean trawling, a fishing method that involves dragging heavy nets across the seafloor to catch seafood, generates as much carbon as the entire aviation industry, a new study finds. The practice has been repeatedly condemned by environmental groups for destroying ecosystems and depleting fish populations but continues to be widespread 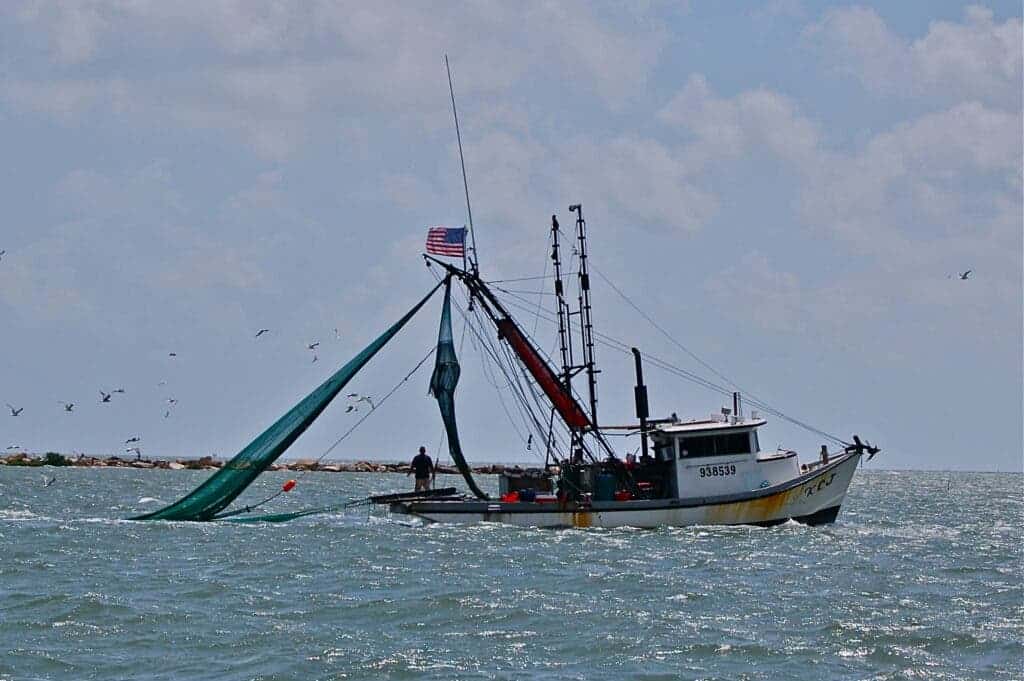 Marine sediments are the largest pool of organic carbon on the planet and a crucial reservoir for long-term storage. If left undisturbed, organic carbon can remain there for millennia. They’re also essential for marine wildlife. However, disturbance of these carbon stores can reactivate sedimentary carbon to CO2 — which can then increase ocean acidification and add to the build-up of atmospheric CO2.

“The ocean floor is the world’s largest carbon storehouse. If we’re to succeed in stopping global warming, we must leave the carbon-rich seabed undisturbed,” Trisha Atwood of Utah State University, a co-author of the paper, told AFP. “Yet every day, we are trawling the seafloor, depleting its biodiversity and mobilizing millennia-old carbon and thus exacerbating climate change.”

Atwood and a group of US researchers found that ocean trawling is responsible for between 0.6 and 1.5 gigatons of carbon emissions a year, compared with the aviation industry’s emissions of close to one gigaton. Most of this pollution happens in less than 4% of the ocean, specifically in the sovereign fishing waters of countries, known as Exclusive Economic Zones (EEZ).

This is the good news in a sense, because it means that the practice could be stopped much easier than if it were in international waters — which are often a sort of no man’s land where enforcing rules is difficult.

Trawling carried out by boats in Chinese EZZ generates the largest volume of emissions or about 770 million metric tons of CO2, the study found, followed by Russia, Italy, UK, Denmark, France, the Netherlands, Norway, Croatia, and Spain. Since most trawling occurs within countries’ waters, governments could halt the practice, the researchers argued

To figure out the numbers, the researchers reviewed mining records and other data to compile a map of the carbon stored in seabeds globally. Then they overlaid the map with data from the NGO Global Fishing Watch, showing where trawlers were active. Finally, they modeled the emissions released when carbon-rich sediment is disturbed by the vessels.

But the massive number of emissions from trawling isn’t the only impressive finding. The researchers found that an area isn’t depleted of carbon after being trawled once. Emissions are still released for up to 400 years at a rate of 40% of the initial year’s emissions as new layers of sediments are disrupted. For Atwood, this was “the extremely shocking part” of the study.

The researchers suggested countries start documenting these ocean emissions along with land-based emissions in their greenhouse gas inventories. This would help hold the trawling industry accountable, just as the electricity and the transportation industries are targeted for emissions reductions. This should be accompanied by a global agreement to protect further areas of the ocean, they argued.

Campaigners have proposed to preserve 30% of the ocean by 2030, a target the researchers support and encourage. To stop 90% of the seabed emissions from trawling, only 3.6% of the ocean would need to be protected, according to the study. Now 2.7% of the ocean is fully or highly protected, meaning that no fishing, mining, or habitat destruction is allowed there.

The study was published in the journal Nature.