Most plans for new coal plants scrapped since Paris agreement 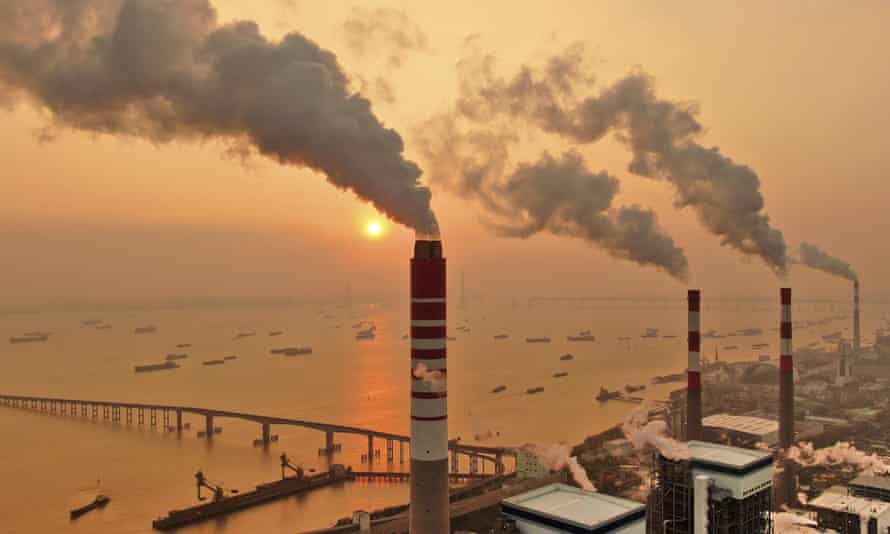 A coal plant in Nantong in China, which is responsible for more than half of the world’s coal plant plans. Photograph: AP

The global pipeline of new coal power plants has collapsed since the 2015 Paris climate agreement, according to research that suggests the end of the polluting energy source is in sight.

The report found that more than three-quarters of the world’s planned plants have been scrapped since the climate deal was signed, meaning 44 countries no longer have any future coal power plans.

The climate groups behind the report – E3G, Global Energy Monitor and Ember – said those countries now have the opportunity to join the 40 countries that have already signed up to a “no new coal” commitment to help tackle global carbon emissions.

“Only five years ago, there were so many new coal power plants planned to be built, but most of these have now been either officially halted, or are paused and unlikely to ever be built,” said Dave Jones, from Ember.

“Multiple countries can add their voices to a snowball of public commitments to ‘no new coal’, collectively delivering a key milestone to sealing coal’s fate.”

The remaining coal power plants in the pipeline are spread across 31 countries, half of which have only one planned for the future.

Chris Littlecott, the associate director at E3G, said the economics of coal have become “increasingly uncompetitive in comparison to renewable energy, while the risk of stranded assets has increased”.

The report found that if China, which is responsible for more than half of the world’s coal plant plans, opted to scrap the projects, alongside India, Vietnam, Indonesia, Turkey and Bangladesh, then the number of coal power plants in the pipeline would shrink by almost 90%.

Christine Shearer, the programme director at Global Energy Monitor, and co-author of the report, said that the Cop26 climate talks to be held in Glasgow in November were “an opportune time for the world’s leaders to come together and commit to a world with no new coal plants”.

Alok Sharma, the UK’s Cop26 president, said that keeping global temperatures from rising by more than 1.5C above pre-industrialised levels would be “extremely difficult” without a commitment from countries to phase out coal.

Coal is one of the biggest contributors to the carbon emissions responsible for the climate crisis, and the UN has said that the use of it must fall by 79% compared with 2019 levels by the end of the decade if the world hopes to meet the Paris climate agreement targets.

Sharma’s warning came after ministers from more than 50 countries closed a two-day meeting in London this summer without full agreement on phasing out coal.

However, Leo Roberts, a researcher at E3G and the author of the report, said: “Those countries still considering new power plants should urgently recognise the inevitability of the global shift away from coal, and avoid the costly mistake of building new projects.”