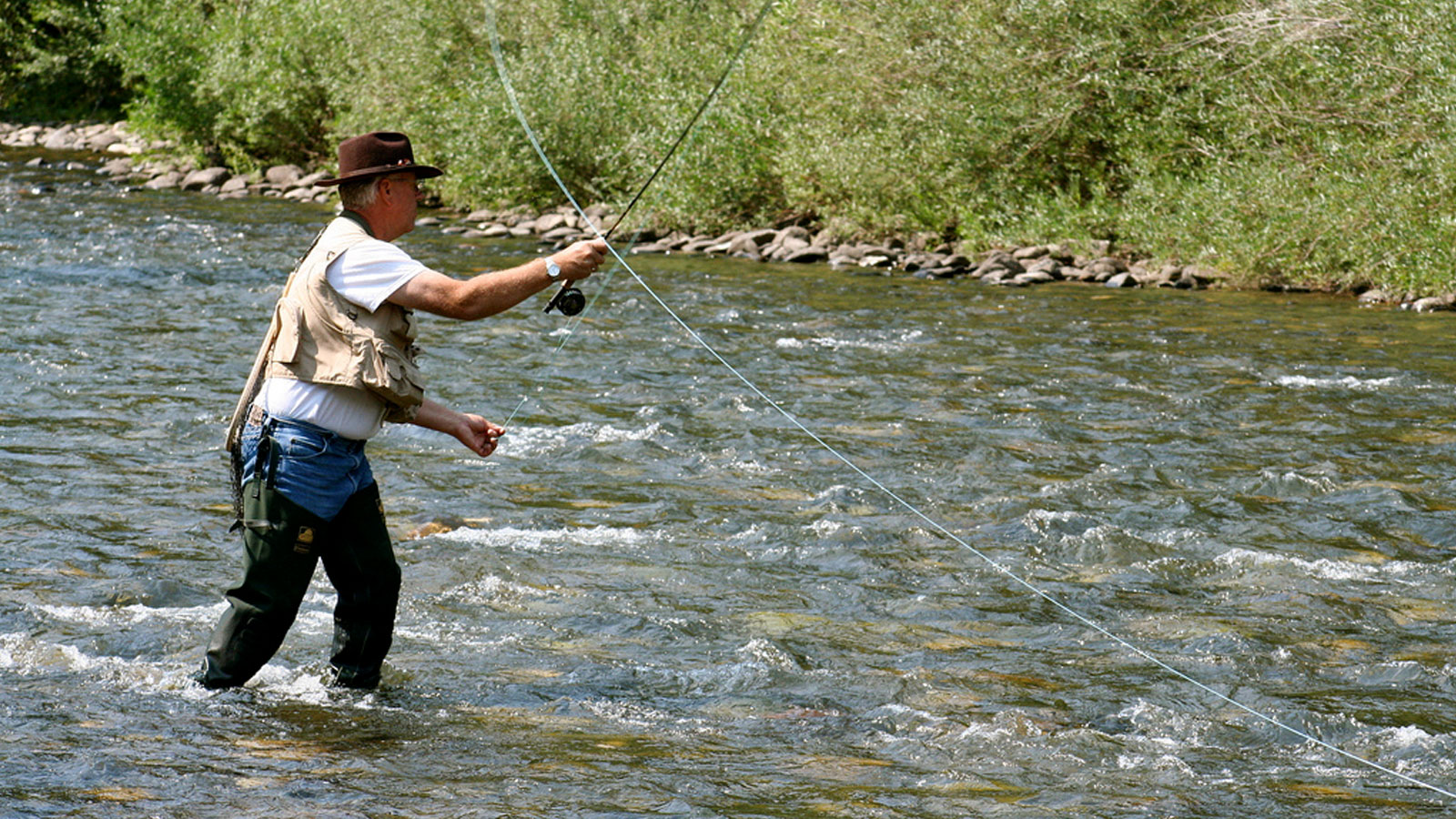 In 1984, Wade Fellin’s dad started a fly-fishing lodge in Montana. Back then, visitors to Big Hole Lodge would spend August afternoons fishing for trout in the Big Hole River. But today things are different.

“It’s 5:30 up, grab a to-go breakfast, hit the water by shortly after first light, and then get off the water just after two o’clock,” Fellin says.

Fellin now runs the business. He says their policy is to stop fishing when the water reaches 68 degrees. Warmer water holds less oxygen, so it stresses the fish. If trout are caught and released in those conditions, they do not always recover.

“When you release the fish, it may swim away, but not healthy and oftentimes it will die,” Fellin says.

As the climate warms, Montana rivers are reaching that 68-degree threshold more often than they used to.

Fellin says prime fishing season in his area has also shifted from summer to late spring, so he encourages visitors to plan trips earlier in the year.

He says changing his clients’ fishing habits can be hard, but his business depends upon the health of the Big Hole River and the trout population it supports.

“And if we exploit that in unhealthy and unsafe conditions, then we won’t have a business to run,” he says.