If climate action doesn’t scale up soon, mangrove forests could drown under rising seas by 2050, according to a new study, which looked at mangrove ecosystems from around the world. This would be bad news for the whole planet, as trees store carbon dioxide and protect communities from storms and coastal erosion. 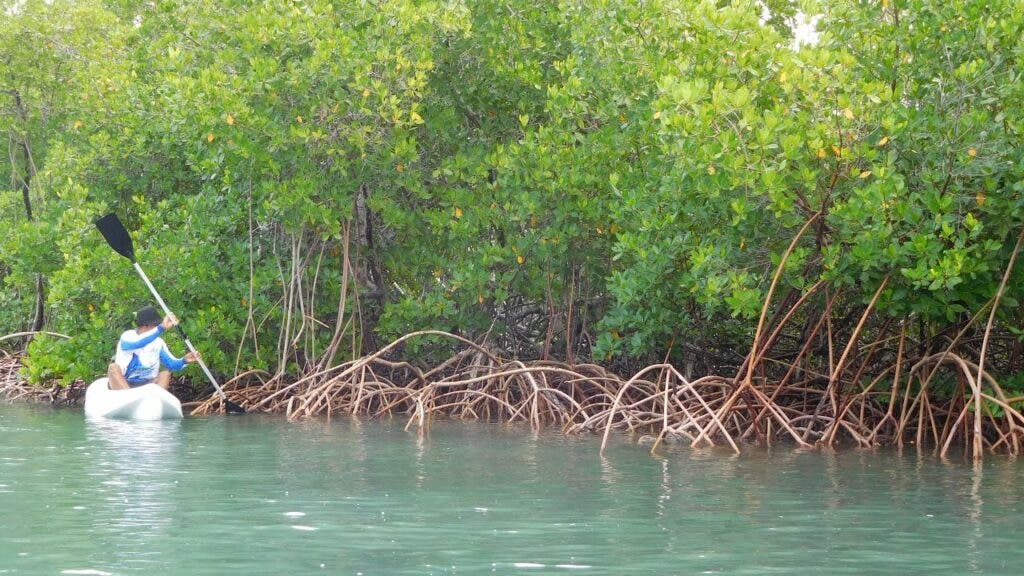 Researchers from Rutgers University argued that mangrove forests would be in danger if the sea level rises by more than six millimeters per year. Despite the fact that it might seem like a lot, the threshold could actually be reached in just 30 years if the world doesn’t reduce its greenhouse gas emissions.

The planet has already warmed over one degree Celsius, leading to a wide array of consequences. Sea levels are already growing globally three millimeters per year, although in some parts of the world there has been a more drastic change. Island states like Tuvalu are especially under risk.

The mangrove ecosystems can adapt to a certain level of sea-level rise by migrating inland and building up sediment. But their defense mechanisms are only effective until a certain point, after which they simply can’t keep up. That’s what the authors wanted to determine by looking at their ancient history.

The researchers looked at sediment data from 78 mangrove ecosystems from the past ten millennia. They were able to determine that the mangroves are more likely to die when sea level rise rates exceed 0.23 inches (6 millimeters). The problem is that we’ll exceed that by 2050 if climate action doesn’t increase.

The consequences of that would be massive. Mangrove ecosystems, found in many places in the world from Africa to Argentina, store more carbon dioxide than rainforests, so if they die it would be very bad news for the planet. Mangroves are also very rich in biodiversity as they provide habitat to many species, in which fishermen rely upon their livelihood.

“If they disappear, there’s going to be imbalances in the number of fish and other species that rely on them,” co-author Erica Ashe, a postdoctoral scientist at Rutgers University, told Earther. “And that could have effects on other species, even ones that actually aren’t sheltered by these mangroves because when the levels of different species change, that can affect the entire system.”

But we can still prevent this from happening. Governments need to find solutions to keep sea-level rise below that threshold “to mitigate climate change and to protect millions of people who depend on mangroves for shelter, flood protection, food, and fiber,” University of Queensland professor Catherine Lovelock wrote in an article commenting the study.

Countries committed to limit global warming to two degrees Celsius by signing the Paris Agreement in 2015. Nevertheless, their current climate pledges put us in a world of up to four degrees Celsius by 2010. This year new pledges have to be presented by countries to increase ambition levels.

The study was published in the journal Science.