They can reduce waves and storm surges, protecting millions of people from floods

Climate change is bringing a long list of consequences around the world, with sea-level rise as one of the most significant ones. A higher level of the oceans can cause coastal flooding, which means billions to deal with flood damages.

The inconspicuous mangrove might be a priceless ally in this issue, more than paying for themselves in environmental services. 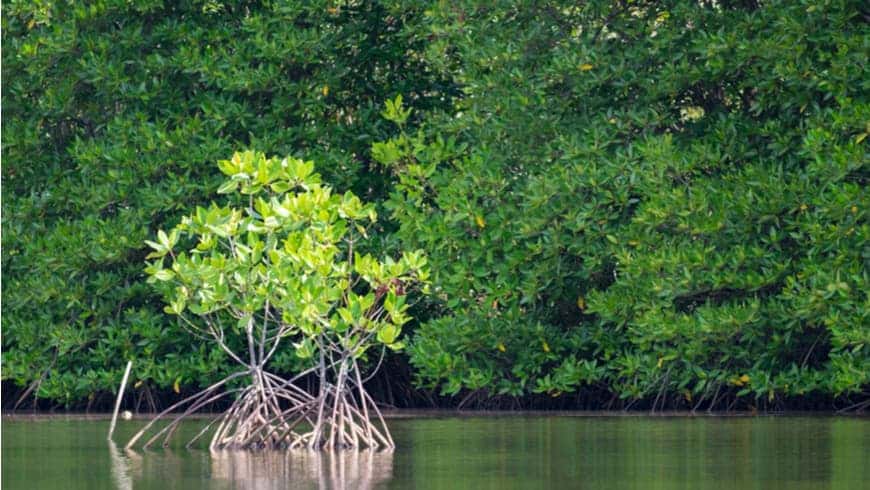 Mangrove forests can reduce flooding to a tremendous extent. Without them, flood damages would increase by 65 billion dollars per year, according to a new study.

“Mangroves provide incredibly effective natural defenses, reducing flood risk and damages,” said in a statement Pelayo Menéndez, a postdoctoral fellow in the Institute of Marine Sciences at UC Santa Cruz and first author of the paper.

Menéndez and his colleagues were able to appraise the economic value of mangrove forests for flood risk reduction across more than 700,000 kilometers of coastline worldwide. They used economic models and engineering, identifying when, where and how mangroves reduced flooding.

Losing mangroves would mean that 15 million more people would be flooded annually across the globe, according to the study. Mangroves can reduce waves and storm surges, also serving as the first line of defense against flooding and erosion, the researchers argued.

“Now that we can value these flood protection benefits, it opens all kinds of new opportunities to fund mangrove conservation and restoration with savings for insurance premiums, storm rebuilding, climate adaptation, and community development,” said coauthor Michael Beck.

There are mangrove forests in more than 100 countries but they are increasingly challenged and destroyed by aquaculture and coastal development. The mangrove-covered surface has declined globally from 139,777 square km in 2000 to 131,931 square km in 2014. Losing them can increase coastal risk, especially in developed areas with exposure to the coastal populations.

The good news is that mangroves can easily be restored to avoid damages from coastal flooding, the study showed. The forests are resilient and there are many projects in place across the globe to restore them.

“They can grow like weeds, even around cities, if we give them a chance,” Beck said. Except these ‘weeds’ can save billions of dollars and help millions of people

The next step for the researchers will be to use the data to reduce risks and increase mangrove conservation. That’s why they are already working with the World Bank, insurance companies and conservation groups. “This study helps demonstrate the importance of conserving mangroves where they exist today,” they argued.

Previous studies have also looked at the benefits of mangroves and reached similar conclusions. The World Bank estimated in 2018 that if mangroves were lost 18 million more people would be flooded every year, increasing damages to property by 16%.

The study was published in Scientific Reports.