Researchers could soon count every tree on Earth.

Using satellite imagery and a new AI algorithm, scientists were able to perform the first tree count in the Sahara area. Normally, it’s nigh impossible to count individual trees over a large region, but the method represents an important advance that could be used in other areas to answer this question.

The number of trees in the Western Sahara area exceeds 1.8 billion, the analysis shows. 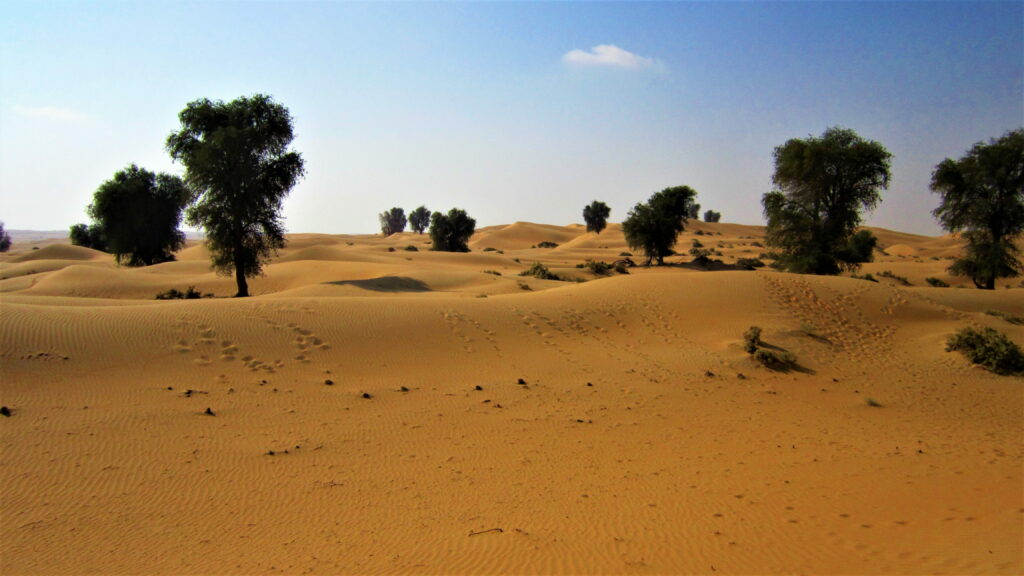 Trees and shrubs play a crucial role in arid areas. They offer shelter and resources for local wildlife, and protect the environment from degradation (such as erosion). But assessing and monitoring the number of trees in these remote areas is no easy feat.

Separating individual trees from their canopy was thought to be impossible. But Martin Brandt and colleagues weren’t discouraged. They used high-resolution remote sensing data along with satellite images and then applied an artificial intelligence pattern recognition algorithm.

It’s the first time anything like this has ever been done.

“Previous assessments were estimations or extrapolations of the canopy area without any information on the numbers, here we have a wall-to-wall identification of each tree and shrub,” Brandt, associate professor at the University of Copenhagen tells ZME Science.

According to the study, the area comprising of Western Sahara, the Sahel, and Sudanian zone features an impressive number of trees. Even as the study only focused on trees with a crown size greater than 3m², they found that isolated trees cover about 1.3 million km² (an area 6 times larger than the UK). It’s hard to draw any immediate conclusions about what this means for Western Africa, but what really stands out is the method itself, which highlights the potential to create a global tree inventory. 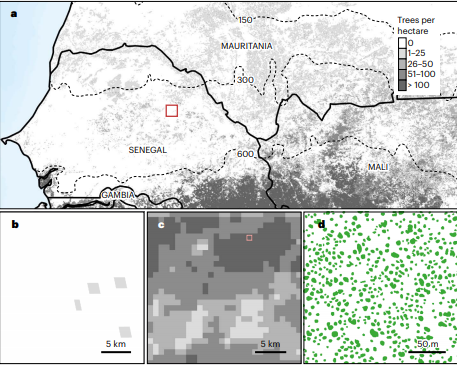 “We cannot really say that the environment is in a better state than we thought, because local studies have shown that there are trees, so this is not a secret, but now we have a tool to precisely map the number and crown area of each tree, which certainly will help to better understand the environment and carbon cycle of dry areas,” Brandt adds.

The method can be applied in other settings, Brandt notes. Anywhere you have satellite data with 0.5 meters resolution, it could be applied — although the algorithm does need to be retrained for every particular objective.

“Generally, deep learning works as follows: we show the algorithm how a tree looks, and it will search the satellite images and mark the tree crowns as it has learned it from the training. That works surely with everything that we can identify with our eyes, like houses or cars, or even cows. The requirement is satellite imagery which is normally very expensive.”

Niall Hanan is a community and ecosystem ecologist who published a commentary article on the study, is also excited about the prospects.

“I was particularly interested in the study by Brandt and colleagues, because it provides a clear demonstration of our growing ability to measure terrestrial vegetation at the scale of individual trees. They mapped individual trees in some 1.3 M km² of West Africa, but the study shows the potential for mapping individual trees worldwide,” Hanan tells ZME Science.

This represents an important advance because unlike previous generic descriptions that analyzed “tree cover”, this can also provide information on tree density, canopy size, and the number and location of individual trees. This could be transformative for how we model and manage global ecosystems, Hanan notes. But he’s not so sure about applying the approach to different ecosystems just yet.

Before we can do that, we need better, cheaper access to satellite data, as well as more efficient algorithms. But the groundwork has been laid down.

“The deep learning approach used by Brandt and colleagues won‘t be easy to apply at global scales, in part because of the data and computational size of the task, but more particularly because of the overhead in terms of providing sufficient training data. Further advances in efficient deep learning methods are probably needed to make global mapping of trees feasible, but this study demonstrates the possibility.”