It is not just a health problem. Corona virus shows environmental effects

Face masks are not being properly disposed off in Hong Kong

Face masks, a tool for protection against corona virus now in high-demand across the globe, have become an environmental problem in Hong Kong, where 131 people have been infected with the virus and three people have been reported dead. 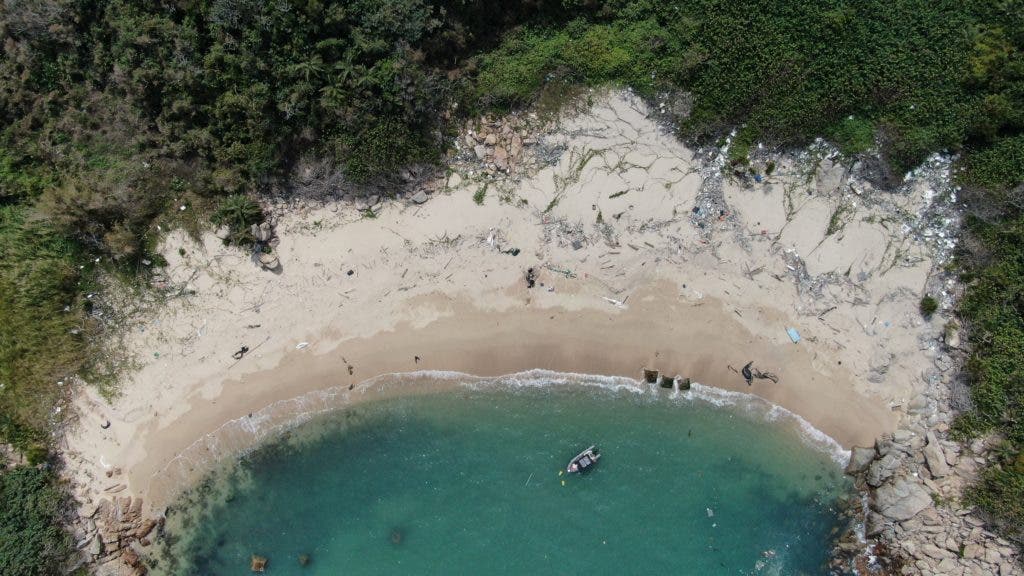 Aerial of the research beach at the Soko Islands. Credit Oceans Asia

Environmental groups claim a large number of face masks are not being properly disposed of in Hong Kong. Instead, they are thrown onto the shoreline, beaches or even into the sea, where marine life can mistake them for food.

Already dealing with the growing flow of marine litter from mainland China and elsewhere, local environmentalists said these discarded masks have exacerbated the problem and have also raised concerns about the spread of germs.

“We have only had masks for the last six to eight weeks, in a massive volume. Now we are seeing the effect on the environment,” Gary Stokes, founder of the environmental group Oceans Asia, told Reuters.

Stroke’s organization discovered thousands of used face masks on the beaches of various small uninhabited islands of the Soko archipelago (between Hong Kong and Lantau), in all probability used in recent months due to the coronavirus outbreak.

The scale of the phenomenon expanded as time passed. Stokes said he found 70 discarded masks on a 100-meter stretch of beach, and when he returned a week later, there were more than 30 new ones.

Oceans Asia participates in the WWF Blue Oceans Initiative, periodically visiting various points on the Asian coasts to quantify the presence of waste, with special attention to plastics. The masks were found floating in the water and mixed with other debris on the beaches.

The masks and protective equipment found by Stokes include hospital and private use models, but almost all of them share the condition of being made of non-degradable materials, therefore increasing concern about their environmental impact.

“Due to the current coronavirus outbreak, the general population has taken the precaution of wearing surgical masks and if you suddenly have a population of seven million people with one or two masks per day, the amount of garbage generated is impressive,” said Strokes in a statement.

Detecting these contamination points in the vicinity of Hong Kong is most likely an indicator of a much larger scale problem. There are no verified data in this regard, but the appearance of many other points of accumulation of this type of waste in areas affected by the pandemic is not ruled out by Oceans Asia.

With over seven million inhabitants, Hong Kong has had difficulties dealing with plastic waste, especially since 2017, when China implemented a waste ban. Hong Kong used to export 90% of its recyclables to China so not being able to do that was a big blow. Now, about 70% of Hong Kong’s waste ends up in landfills.