In the Marshall Islands, climate change is already influencing decisions to move

The low-lying island country in the Pacific is vulnerable to sea-level rise, freshwater shortages, and extreme heat. 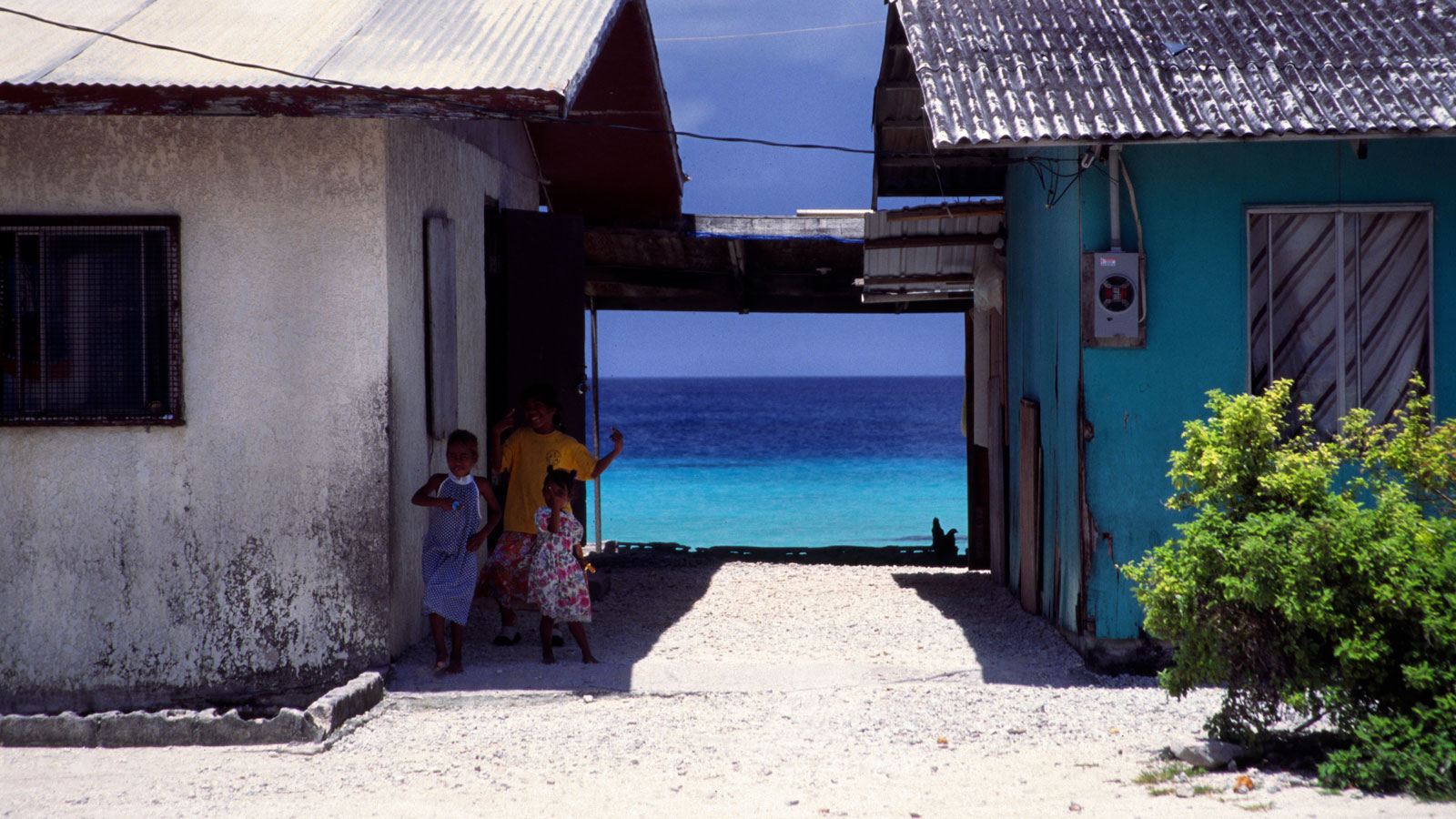 In the middle of the Pacific Ocean – between Hawaii and Australia – lies the Republic of the Marshall Islands. The low-lying country is vulnerable to sea-level rise, freshwater shortages, and extreme heat.

In recent decades, many citizens have moved from the outer atolls to cities within the country, or abroad to the United States. Yet surprisingly few say they are motivated by climate change.

“The perception is that people are moving because of education, healthcare, and jobs – the traditional drivers of migration,” says Maxine Burkett, a professor of law at the University of Hawaii and a global fellow at the Wilson Center.

Her team dug deeper into migrants’ decisions and found that climate change did in fact play a role. She says many health and job concerns were linked to climate.

“As heat affects the agriculture output, as we see freshwater decreasing and making it more difficult to grow food, these sorts of things can be in the background and impact the decision-making that one will have regarding jobs and employment and well-being, generally speaking,” Burkett says.

So her research suggests that climate change is already influencing migration.