The use of urban agriculture in cities like Phoenix could help them achieve their sustainability goals and become more environmentally friendly, according to research by Arizona State University (ASU).

A group of researchers looked at the sustainability goals set by the city council in 2016, which involve transportation, water stewardship, air quality, and food, and assessed how urban agriculture could help. The study was published in the journal Environmental Research Letters.

“Our analysis found that if Phoenix used only about 5% of its urban spaces (2% of its land, and about 10% of its building surfaces) for urban agriculture, the city could meet its sustainability goal concerning local food systems,” said Matei Georgescu, associate professor in the ASU.

The results showed that 71% of Phoenix’s available areas for urban agriculture would come from existing buildings as opposed to vacant lots. Overall, the study estimates that 5.4% of city space is available for urban agriculture. This can supply the city with nearly 183,000 tons of fresh produce per year, allowing for the delivery of an assortment of fruits and vegetables to all of Phoenix’s existing food deserts. 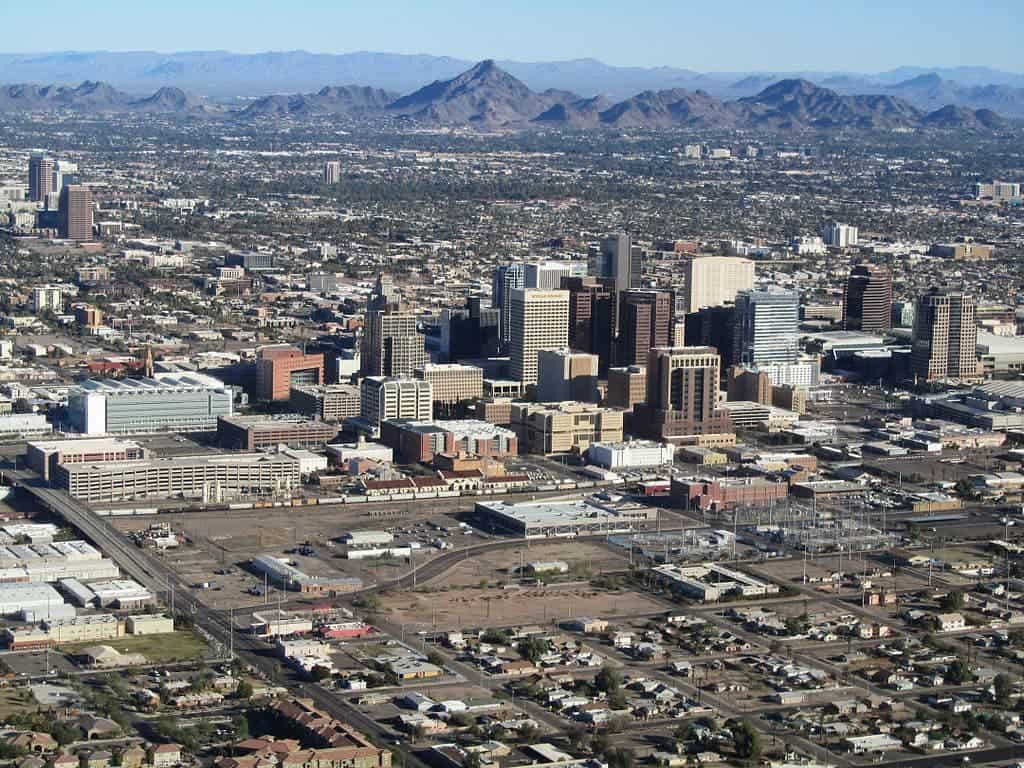 That means the city’s own urban-agriculture output could meet 90% of the current annual fresh produce consumed by the Phoenicians. The use of vacant lots would also increase green space by 17% and reduce the number of areas lacking public parks by 60%.

This brings the added benefit of more open green spaces accessible to locals. The study identifies “walkability zones” around open green spaces that are expanded by 25% to cover 55% of the study area through the use of vacant lots for urban agriculture. The use of rooftop agriculture could also reduce energy use in buildings by 3% per building per year and potentially displace more than 50,000 (metric) tons of CO2 annually. This is the equivalent of nearly 6,000 homes’ energy use for one year.

“Our work demonstrates the multitude of ways that urban agriculture can serve cities, beyond merely the somewhat limited focus on food production,” said Georgescu, also a senior sustainability scientist in the Julie Ann Wrigley Global Institute of Sustainability at ASU.

Urban farming has grown by more than 30% in the United States in the past 30 years. Although it has been estimated that urban agriculture can meet 15 to 20% of global food demand, it remains to be seen what level of food self-sufficiency it can realistically ensure for cities.

A recent survey found that 51 countries do not have enough urban area to meet a recommended nutritional target of 300 grams per person per day of fresh vegetables. Moreover, it estimated, urban agriculture would require 30% of the total urban area of those countries to meet global demand for vegetables. Land tenure issues and urban sprawl could make it hard to free up this much land for food production.

Other studies suggest that urban agriculture could help cities achieve self-sufficiency. For example, researchers have calculated that Cleveland, with a population of 400,000, has the potential to meet 100% of its urban dwellers’ fresh vegetable needs, 50% of their poultry and egg requirements and 100% of their demand for honey.

Although urban agriculture has promise, a small proportion of the food produced in cities is consumed by food-insecure, low-income communities. Many of the most vulnerable people have little access to land and lack the skills needed to design and tend productive gardens.

By Fermin Koop, 30 September 2019 on zmescience