It raises the possibility that other melting glaciers are behaving the same way.

As climate change keeps making our planet hotter and our glaciers melty, scientists report on an unforeseen issue: glacial meltwater from the Greenland Ice Sheet contains high levels of mercury, a toxic heavy metal. According to the report, these levels are comparable to those in rivers where factories dump their waste, creating a major threat to the seafood industry and people who enjoy its products. 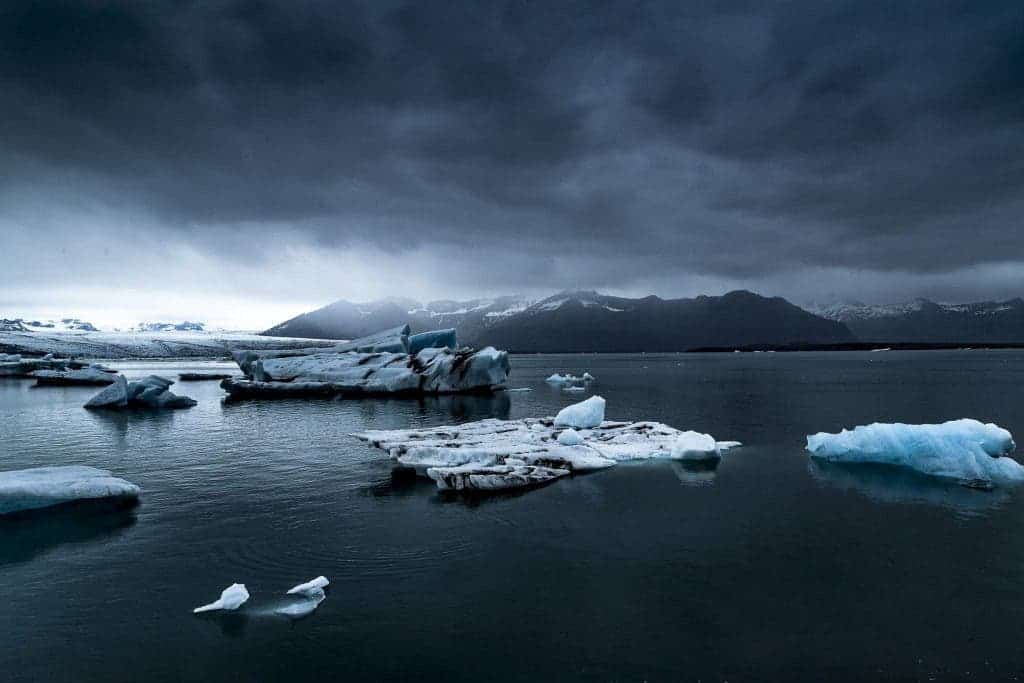 It’s never a dull day with environmental woes. A study that began as an effort to analyze the quality of meltwater from the Greenland ice sheet, and how nutrients therein might support coastal wildlife, ended up uncovering very high levels of mercury in the runoff. The finding raises new questions about how global warming will impact wildlife in the region, one of the foremost exporters of seafood worldwide.

“There are surprisingly high levels of mercury in the glacier meltwaters we sampled in southwest Greenland,” said Jon Hawkings, a postdoctoral researcher at Florida State University and the German Research Centre for Geosciences. “And that’s leading us to look now at a whole host of other questions such as how that mercury could potentially get into the food chain.”

Together with glaciologist Jemma Wadham, a professor at the University of Bristol’s Cabot Institute for the Environment, Hawkings initially set out to sample water from three different rivers and two fjords next to the Greenland Ice Sheet. Their aim was to understand how nutrients from glacial meltwater can help to support coastal ecosystems.

Although they also measured for mercury, they didn’t expect to find any meaningful concentrations. Which made the levels of this metal they found in the water all the more surprising.

The baseline for mercury content in rivers is considered to be about 1 to 10 ng / L-1. That’s roughly equivalent to a sand grain of mercury in an Olympic pool of water — so, very low. However, the duo found that mercury levels in the water they sampled were in excess of 150 ng / L-1. Mercury levels in the sediment (called “glacial flour” when it’s produced by glaciers) were over 2000 ng / L-1, which is simply immense.

So far, it remains unclear whether mercury levels drop farther away from this ice sheet, as meltwater gets progressively more diluted. It’s also not yet clear whether the metal is making its way into the marine food web, which would likely make it concentrate further (as animals eat plants and each other).

Although the findings are local, the issue could have global ramifications, as they echo findings in other arctic environments. Greenland is an important producer of seafood, with the export of cold-water shrimp, halibut, and cod being its primary industry. If mercury here does end up in the local food web, it could unknowingly be exported to and consumed by people all over the world.

“We didn’t expect there would be anywhere near that amount of mercury in the glacial water there,” said Associate Professor of Earth, Ocean, and Atmospheric Science Rob Spencer, co-author of the paper. “Naturally, we have hypotheses as to what is leading to these high mercury concentrations, but these findings have raised a whole host of questions that we don’t have the answers to yet.”

“For decades, scientists perceived glaciers as frozen blocks of water that had limited relevance to the Earth’s geochemical and biological processes. But we’ve shown over the past several years that line of thinking isn’t true. This study continues to highlight that these ice sheets are rich with elements of relevance to life.”

Roughly 10% of our planet’s dry land is covered in ice, and the results here raise the worrying possibility that they may be seeping mercury into the waters around them. The issue is compounded by the fact that global warming is making these glaciers melt faster, while we still have an imperfect understanding of how the melting process influences the local geochemistry around them.

So far, the team explains that this mercury is most likely coming from a natural source, not from something like fossil fuel use or industrial activity. While this is very relevant for policy-makers, the fact remains that natural mercury is just as toxic as man-made mercury. If it is sourced from natural processes, however, managing its levels in the wild will be much more difficult to do .

“All the efforts to manage mercury thus far have come from the idea that the increasing concentrations we have been seeing across the Earth system come primarily from direct anthropogenic activity, like industry,” Hawkings said. “But mercury coming from climatically sensitive environments like glaciers could be a source that is much more difficult to manage.”

The paper “Large subglacial source of mercury from the southwestern margin of the Greenland Ice Sheet” has been published in the journal Nature Geoscience.