We have to leave large trees alone as they capture a lot of carbon, researchers argue.

Older trees with a large diameter can store disproportionally massive amounts of carbon compared to smaller trees, according to a new study with trees in the United States. This shows the importance trees have in reducing greenhouse gas emissions amid the climate emergency, the researchers argued. 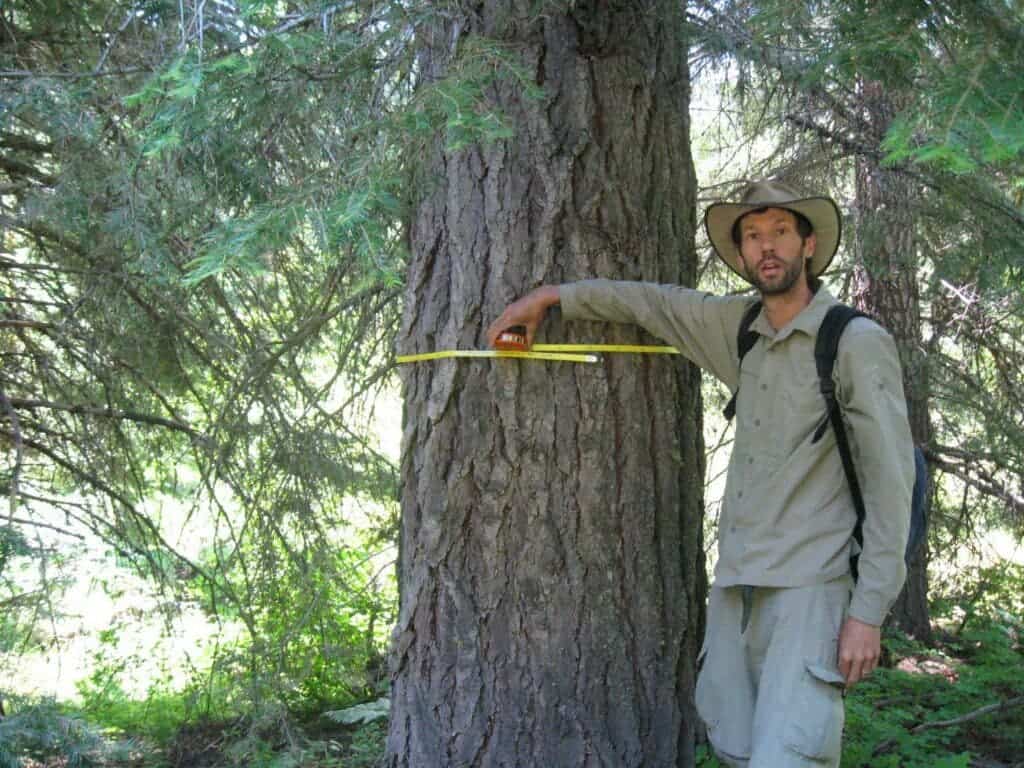 Forest carbon accumulation is crucial for mitigating ongoing climatic change, with individual large trees storing a substantial portion of the overall carbon in living trees. Globally, forests store about 862 gigatons of carbon in live and dead vegetation and soil.

Large-diameter trees constitute about half of the mature forest biomass worldwide and are key to the ability of forests to accumulate substantial amounts of carbon. On average, 50% of the live tree biomass carbon in all types of forests globally is stored in the largest 1% of trees.

The study was prompted by a policy proposal that could alter carbon storage in forest ecosystems. In the Pacific Northwest region of the US, a rule was set in 1994 to slow the loss of large and older trees in national forests by setting a 21-inch diameter rule. But a proposed amendment would allow harvesting trees of up to 30 inches.

Dr. David Mildrexler, who led the study, said in a statement: “Large trees represent a small proportion of trees in the forest, but they play an exceptionally important role in the entire forest community — the many unique functions they provide would take hundreds of years to replace.”

Mildrexler and his team used species-specific equations to relate tree diameter and height to the aboveground biomass in the stem and branches. They also looked at the proportion of large trees of the total forest stand, their aboveground carbon storage and the consequences of removing these large trees.

The findings showed that trees of more than 30 inches (76.2 cm) in diameter only constituted 0.6% of the total stems. But they accounted for over 16% of the total aboveground carbon stored across the forests examined. Once trees reach a large size, any increase in diameter can result in a significant addition to the tree’s carbon stores.

“If you think of adding a ring of new growth to the circumference of a large tree and its branches every year, that ring adds up to a lot more carbon than the ring of a small tree,” said Mildrexler. “This is why specifically letting large trees grow larger is so important for climate change because it maintains the carbon stores in the trees.”

For Mildrexler, the study showed the importance of strengthening the 21-inch rule so that additional carbon is accumulated as 21-30″ diameter trees are allowed to continue to grow. Meanwhile, states should allow a good number of sub-21-inch trees to grow further and become additional large and effective carbon stores.

“Large trees are the cornerstones of diversity and resilience for the entire forest community. They support rich communities of plants, birds, mammals, insects, and micro-organisms, as well as act as giant water towers that tap into groundwater resources and cool our planet through evaporation,” the researcher argued.

The study was published in the journal Frontiers.