Flooding is a growing problem. A rural Mississippi town is fighting back.

In Duck Hill, heavy downpours used to turn Main Street into a river. 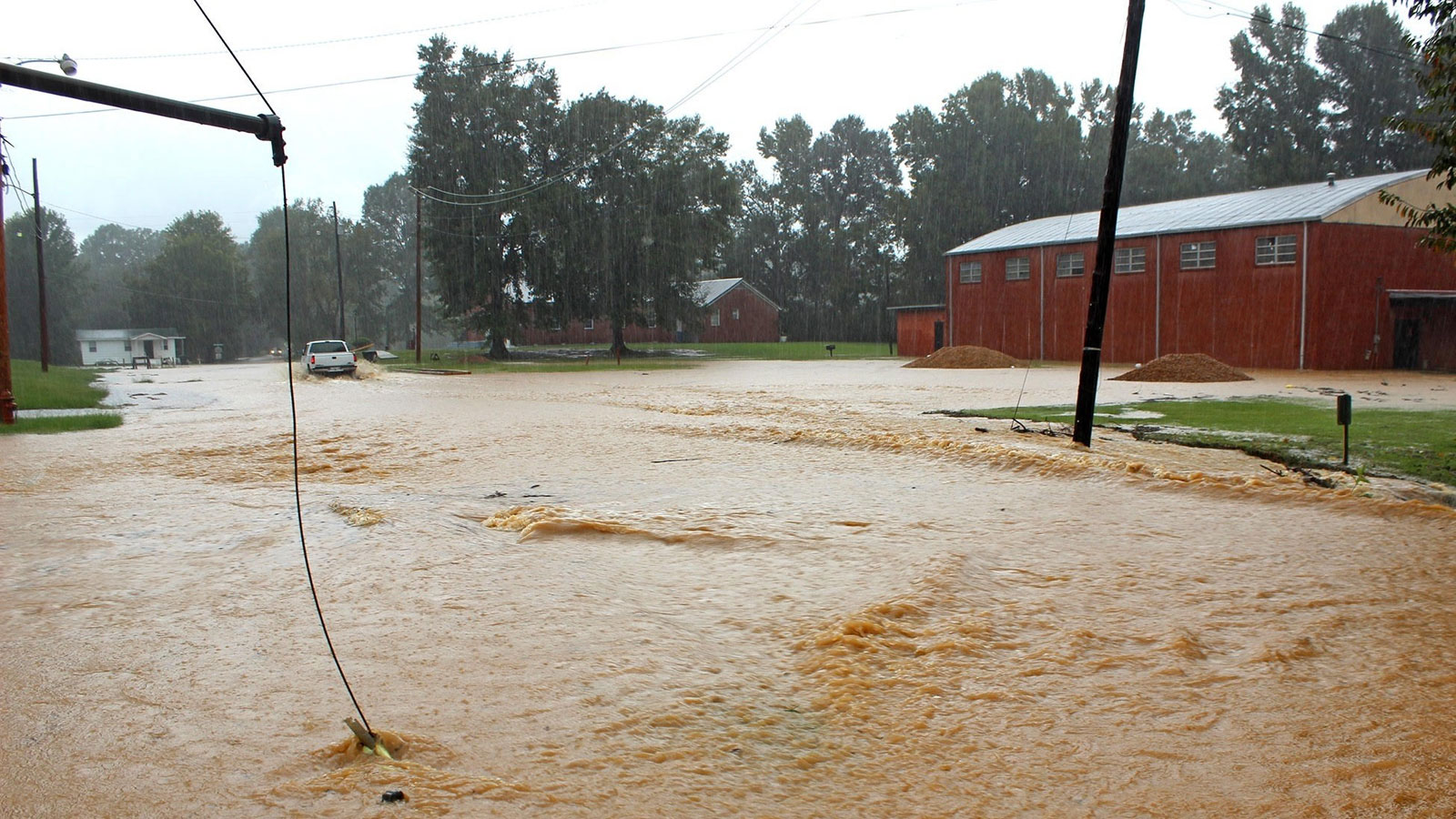 The rural town of Duck Hill, Mississippi, is working hard to revitalize its downtown. To jumpstart the process, it’s repurposing a former high school into a center for arts, culture, and community.

But to make the project a success, the community had to solve a problem that was getting worse with climate change:

“The community had been flooding for decades. Their main street would literally turn into a river … when they would have heavy downpours,” says Romona Williams, executive director of the nonprofit Montgomery Citizens United for Prosperity.

Her group installed a system of pipes and natural areas that help divert floodwater from the area near the school.

“We hired five men who were unemployed and hard to employ in the community, and we hired them and trained them in the installation and paid them a living wage of $15 an hour,” she says.

A team of local youth also participated by helping design and plant a garden that can absorb rainwater.

Williams says the projects have reduced the flooding and made a difference in the lives of the community members involved. So Duck Hill is better poised to grow and thrive, even as the climate changes.