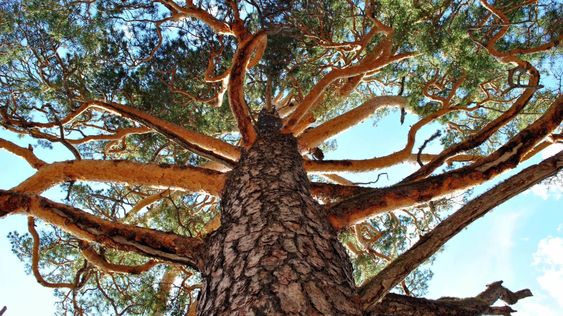 Tree-rings from the Siberian larch (pictured) and other species show that heatwaves and soil drying are accelerating in the Mongolian Plateau, according to new research.Image: Ken Shono, Unsplash

A review of weather patterns in inner East Asia over the past 260 years suggests the region is currently caught in a dangerous cycle of heatwaves and droughts that could forever reshape the area, and possibly turn the Mongolian Plateau into an arid wasteland.

New research published today in Science is painting an alarming picture of the current climate situation in inner East Asia. Contemporaneous heatwaves and droughts in the region are happening more often now than they did 20 years ago, but as the new study points out, the current climate situation in the region has no precedent over the past 260 years. The authors of the new paper reached this conclusion after analyzing tree-rings, which document droughts and heatwaves dating back to the mid-18th century.

This is bad because the region will be even more susceptible to hot and dry weather extremes. The Mongolian Plateau is currently a semi-arid region, but it may not stay that way. The kind of climate that’s being predicted, in which the region will suffer though even more heatwaves and droughts, could make the region as dry and barren as parts of the U.S. southwest, according to the study.

By analyzing tree-rings sourced from the Mongolian Plateau, the researchers were able to tell when heatwaves and droughts happened in the past, and when the soil was moist. Results showed that current temperatures in inner East Asia are unprecedented across the 260-year record.

“The conifer trees respond strongly to anomalously high temperatures,” Linderholm said. “By examining their growth rings, we can see their response to the recent heatwaves, and we can see that they do not appear to have experienced anything like this in their very long lives,” Hans Linderholm, a study co-author and climatologist from the University of Gothenburg, explained in a statement prepared by Utah State University. 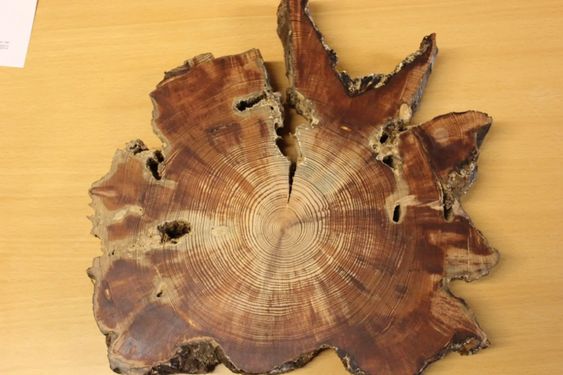 Like the words in a book: A cross-section of Scots pine, one of several tree species used in the study.Image: Peng Zhang

Evaporation produced by wet soil cools the air immediately above the surface. Without moisture, however, heat transfers directly into the air about the ground. This creates a negative feedback loop: high temperatures are boosted by soil drying, but as the soil dries out this leads to even more heat. As to where this ends, “we cannot say,” said Deliang Chen, a co-author and researcher at the University of Gothenburg in Sweden.

Hyungjun Kim, a co-author and climate scientist at the University of Tokyo, said the process could lead to the triggering of “an irreversible feedback loop” that could accelerate the region “toward a hotter and drier future.”

This could eventually lead past an irreversible tipping point that would move the region into a permanent state of aridness. And in fact, we may have already passed this tipping point, as the “semi-arid climate of this region has entered a new regime in which soil moisture no longer mitigates anomalously high air temperature,” as the authors wrote in the study.

There are other warning signs to be aware of. Research from China suggests lakes are dwindling in size across the Mongolian Plateau. Over the past six years, scientists have documented a 26% decrease in the number of lakes larger than 0.4 square miles (1 square kilometer). But as the new research shows, it’s not just the lakes that are losing water—so too is the soil. The changing landscape will wreak havoc on local ecosystems, including large herbivores like wild sheep, antelope, and camels.

“It is one thing to recognize that the ‘normal’ climate conditions are changing,” said Daniel Griffin, a scientist from the University of Minnesota who’s not involved with the new study. “However, what concerns me the most is thinking about the extreme events of the future: how severe might those become? And if the ‘new normal’ is extremely hot and dry by historical standards, then future extremes may well be unlike anything previously witnessed.”

Importantly, the climate situation in inner East Asia could influence the climate elsewhere in the Northern Hemisphere, as weather in this part of the world is connected to global atmospheric circulations, according to the press release. Indeed, climate change knows few borders, and its reach is long. Sadly, even the Tibetan Plateau, with its majestic snow capped mountains and sprawling grasslands, is not immune.