EU pushes for circular economy to have longer lasting products

The block introduced a new plan to better use available sources.

Produce, use, and throw away? No, better reduce, reuse, and recycle, says the EU. The paradigm of the current linear economic model could be coming to an end, replaced by a circular economy, a system that seeks to better use the resources available and reduce their environmental impact. 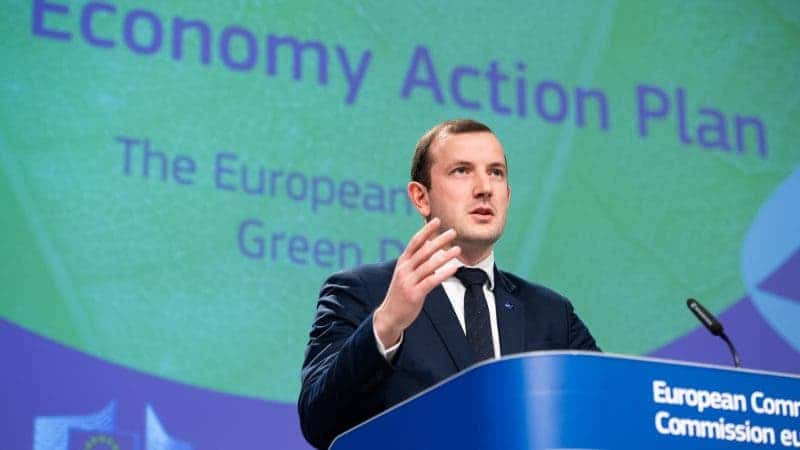 The European Union (EU) wants to move forward in that direction and introduced a new Circular Economy Action Plan, with the objective of reducing the bloc’s consumption footprint and double its circular material use rate. By doing so, the EU’s GDP would increase an additional 0.5% by 2030.

“Only by changing the economic model can we hope for success, ease the pressure on our biodiversity and achieve the 2050 goals on carbon neutrality in the European Union (EU),” explained the European Commissioner for the Environment, Oceans and Fisheries, Virginijus Sinkevicius.

The EU acknowledged that many products are currently being manufactured in such a way that they break down fast and can’t be reused, repaired, or recycle. Instead, green products should be the norm, rewarding manufacturers of products based on their sustainability performance, according to the bloc’s plan.

In order to do that, the bloc wants to push for legislation to ensure the manufacturing of sustainable products in electronics and textiles. They should be designed to last longer, be easier to use, repair, and recycle and incorporate the maximum of recycled materials instead of new ones. Additionally, the EU aims to restrict single-use items, deal with planned obsolescence, and veto the destruction of unsold durable goods. Along these lines, consumers should have information on the life expectancy of the products and to what extent they can be repaired, in order to help them make greener purchases.

The EU also wants to improve the collection and treatment of electronic waste, establish new mandatory requirements for plastics — with special attention to microplastics — and encourage the use of more ecological construction elements and reusable articles that replace cutlery or single-use food packaging.

This will lead to less waste generated and minimize the amount of waste exported by the bloc, according to the plan, which would also include the development of a harmonized model for waste collection and threshing across the Union as well as labeling.

As an example, Sinkevicius said that the EU will “move in the direction of universal chargers“, for laptops, smartphones or tablets, so that when buying a new one it does not need to include a charging device. This will make it unnecessary to extract so many raw materials and boost the secondary market.

The initiative was welcomed by business leaders, grouped under the chamber BusinessEurope. They said in a press release that it’s a “win-win” proposal and that “minimizing the amount of waste and keeping the value of raw materials as long as possible is good for the environment and for companies.”