We may take it for granted, but if pushed too far, the inner workings of mother nature will grind to a halt very fast, a new paper reports.

Large ecosystems such as the Amazon rainforest will break down very quickly if we cross their tipping point, explain researchers from Bangor University, Southampton University, and The School of Oriental & African Studies at the University of London.

Tipping points, in the context of environmental sciences, are thresholds beyond which natural systems need to change significantly in order to adapt to the status quo. In the case of the Amazon rainforest, for instance, this tipping point represents the amount of damage it can absorb before transitioning to a different type of ecosystem. That change may be right around the corner. 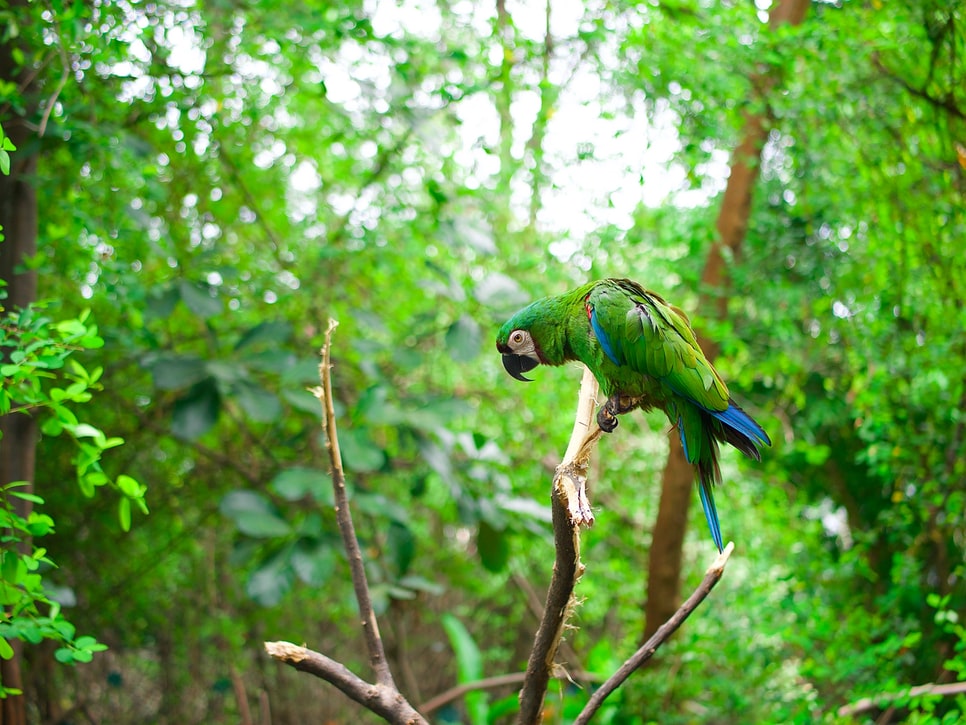 “These rapid changes to the world’s largest and most iconic ecosystems would impact the benefits which they provide us with, including everything from food and materials, to the oxygen and water we need for life.”

According to modeling based on real-world data, the team found that the Amazon forest would change into a savannah-like ecosystem (a mix of trees and grasses) within 50 years of passing the tipping point, which is blisteringly fast for an ecosystem so huge.

The study didn’t focus exclusively on the Amazon rainforest and is applicable to other large ecosystems around the world. With the recent fires in the Amazon and throughout Australia, the findings may be much more relevant to the present than we’d like.

Generally speaking, ecosystems that are dominated by a single species are much more fragile than diverse ones, which tend to be more robust. There are many ways to ‘do things right’ and prevent collapse in a diverse ecosystem, while there’s few or just one right way in simple ecosystems. For example, elephants are considered a ‘keystone’ species in their ecosystem because they hold a disproportionate amount of power to influence it; elephants can destroy plant life with relative impunity from predators, but they also act as a key seed dispersal mechanism. Things are all fine and dandy while there’s no crisis going on, but if a keystone species does disappear, the ecosystem at large would suffer profound — and quick — alterations.

Biodiversity thus holds the key to preventing or mitigating such ecosystem collapses, the authors explain.

“This is yet another strong argument to avoid degrading our planet’s ecosystems; we need to do more to conserve biodiversity,” says Dr Gregory Cooper, School of Oriental & African Studies, University of London, the study’s other joint lead author.

The authors explain that if you think of ecosystems in terms of size, each unit of size provides “an increasingly smaller unit of time taken for that system to collapse”. In other words, extra size provides diminishing returns for the ecosystem’s stability. A given ecosystem would still take more time to collapse than one half its size, but it won’t take twice as long to do it.

“We intuitively knew that big systems would collapse more slowly than small ones — due to the time it takes for impacts to diffuse across large distances,” explains Prof John Dearing, the paper’s corresponding author.

“But what was unexpected was the finding that big systems collapse much faster than you might expect — even the largest on Earth only taking possibly a few decades.”

Large ecosystems such as the Amazon rainforest, the Caribbean coral reefs, or the Australian outback aren’t flawed in any way. But they have been left vulnerable by decades of human activity, which is most noticeable as a drop in biodiversity, the team expains.

“Worryingly, recent plot inventories from the Amazon show a declining rate of carbon sequestration, and there is growing evidence that further deforestation and degradation of the feedback between moisture formation and vegetation coverage may lead to a system-wide tipping point as soon as 2021,” the paper concludes.

The paper “Regime shifts occur disproportionately faster in larger ecosystems” has been published in the journal Nature Communications.