Mathematics to the rescue!

Pasta comes in a variety of shapes and sizes — from the plain and simple to all sorts of quirky spirals. But for the most part, they have one thing in common: they’re not using space very effectively. But a new study may change that.

Researchers from Carnegie Mellon University have found a way to change that, designing new types of pasta that use less packaging and are easier to transport, reducing both transportation emissions and packaging plastic. 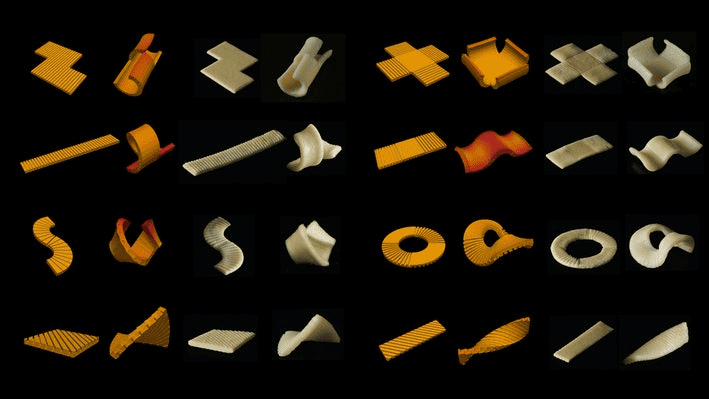 Pasta is big business. In 2019, nearly 16 million tons of pasta were produced in the world — up from 7 million tons produced 20 years ago. That adds up to billions of packets that are transported, stored, and ultimately discarded across the world.

Since pasta often has such odd shape, pasta packages often end with a lot of wasted space, which also has to be transported and stored. Using less space means less trucks driving across states and less plastic.

Carnegie Mellon University’s Morphing Matter Lab director Lining Yao had an idea on how that could be reduced — with a bit of help from an old friend: geometry.

“By tuning the grooving pattern, we can achieve both zero (e.g., helices) and nonzero (e.g., saddles) Gaussian curvature geometries,” the study reads. It then goes on to translate what this means. “This mechanism allows us to demonstrate approaches that could improve the efficiency of certain food manufacturing processes and facilitate the sustainable packaging of food, for instance, by creating morphing pasta that can be flat-packed to reduce the air space in the packaging.”

They started out with a computer simulation to see how different shapes would achieve the goal. They tried various designs, including helixes, saddles, twists, and even boxes. After they settled on a few efficient shapes, they put it to the boiler test — quite literally. 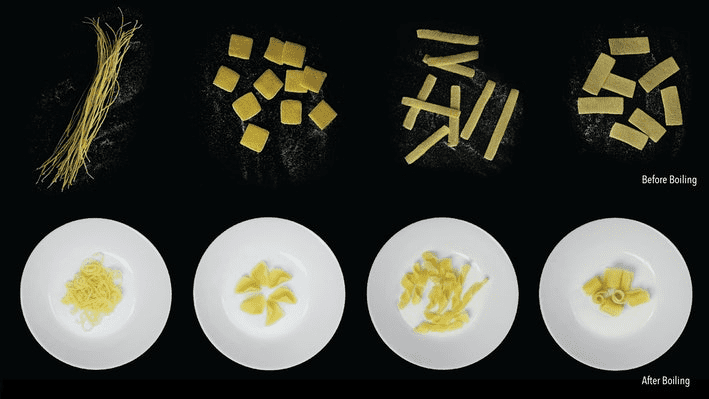 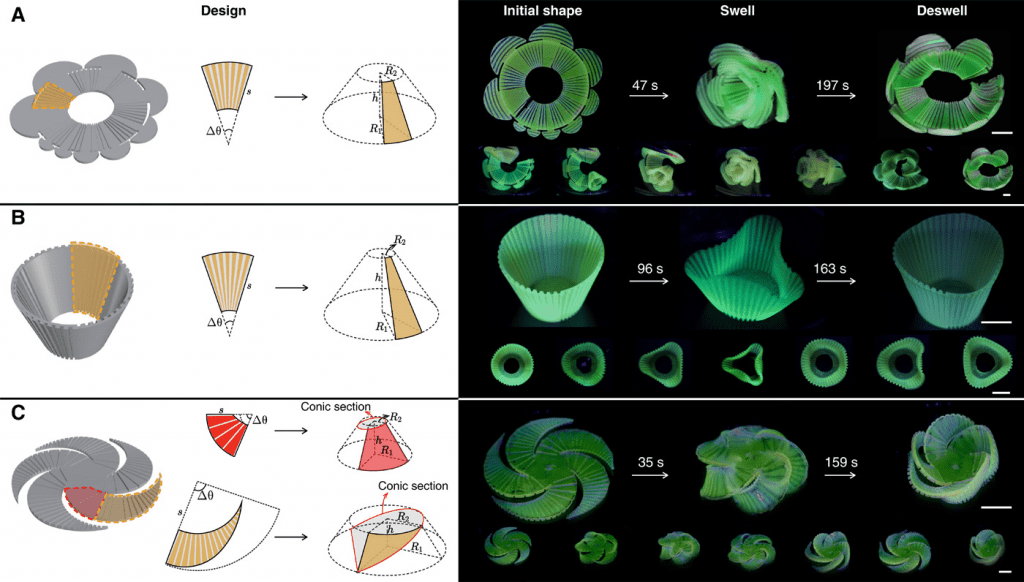 Speaking to Inverse, Yao says wasted space could be reduced by 60% by flat-packing pasta — and that’s just the start of it. The method could also be used for things like wagashi or gelatin products. The method could also be used to design more complex and fancy shapes for special occasions. In dry form, a piece of pasta could look like a disc, but when boiled, it could become a rose flower.

However, there are limitations to study. Flour dough is known to be a complex material. It can have different proportions of water, starch, gluten, fiber, and fat. Flour dough also has variable, nonlinear properties, which makes it hard to anticipate how different types of pasta would behave — this was just a proof of concept.

Researchers recommend more quantitative models of assessment to see how different materials with complicated groove shapes and patterns would behave.

The study was published in Science.