Cork:What is the material we stuff our wine bottles with?

It is sustainable and surprisingly versatile!

More specifically, cork is an inner layer in the bark of the cork oak (Quercus suber). The cork acts as an insulating layer that allows the tree to survive fires, which are common where it lives. This oak species can be found in areas with a dry warm climate and regular but not intense precipitation, mainly Portugal and Spain in southwest Europe and Morocco in northwest Africa. Due to its widespread cultivation, it can now also be found in other Mediterranean areas, such as France, Italy, Algeria, and Tunisia.

It takes a long time before cork can be harvested from a tree: the tree needs to be between 25 and 30 years old! The cork can then be removed every nine to thirteen years, according to Portuguese law, as the cork needs to reach an acceptable thickness before it can be harvested. These trees can live up to 300 years; that’s a lot of harvests! The bark is stripped off by an axe and the workers are skilled so that they cut just deep enough to take the bark off but not deep enough to damage the tree itself. The tree is not fazed by the extraction, as it regrows this protective bark. After the harvest, the strips of removed cork, called planks, are stacked together in piles and left to dry. An older tree can produce up to 60 kg of cork when harvested.

Additionally, the cork forests support a high amount of forest biodiversity, including native plants and endangered animals such as the Iberian Lynx, the Iberian Imperial Eagle, and the Barbary Deer. The forests also provide the environmental benefits of absorbing millions of tons of carbon dioxide each year and acting as a barrier against desertification. 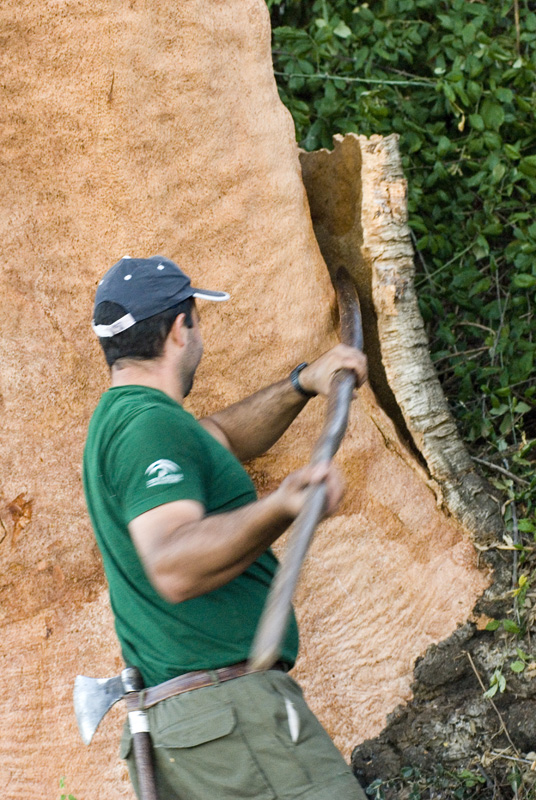 In total, the annual production of cork can exceed 200, 000 tons! Only in Portugal, more than 500 factories that employ over 20, 000 workers process cork.Worldwide, cork production value is rated at over 1.5 billion euros per year. Of this, wine cork stoppers represent 15 % of the total production, but over 65 % of total revenues.

Not only is cork popular now, but it also has been popular for a long time! The first man-made objects out of cork were already produced in ancient Egypt. They used the porous substance for items that we still use cork for today: sandals, bottle stoppers, and buoys for fishing nets. The first time cork was used to seal wine bottles in France was in the 17th century.  Before then, oil-soaked rags were used for this purpose, which, as you can imagine, were not ideal. Nowadays, more than 60 % of all the wine bottles are stoppered with cork, mainly because of its remarkable ability to compress and expand. Cork wine stoppers also allow oxygen to transfer between the bottle and the atmosphere, which allows the wine in the bottle to age properly. 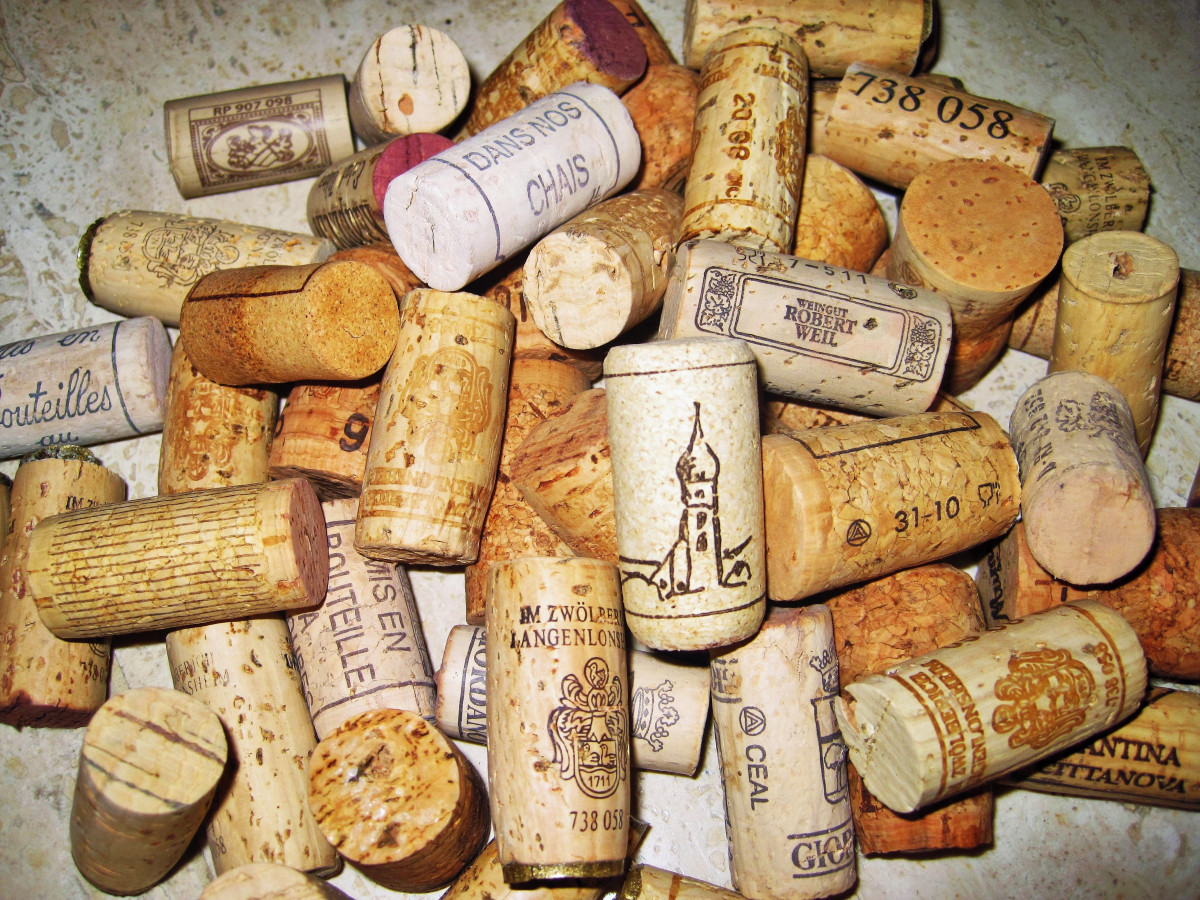 Cork is also the most environmentally friendly type of bottle stopper as it is a renewable resource. Its alternatives are energy-demanding aluminum screw caps or plastic stoppers, which generate up to 26 times more CO2 per produced piece than a cork stopper. Not to mention that cork can either be composted or even recycled as in the case of the new Mazda electric car, where several surfaces will be covered with recycled cork from wine bottles. 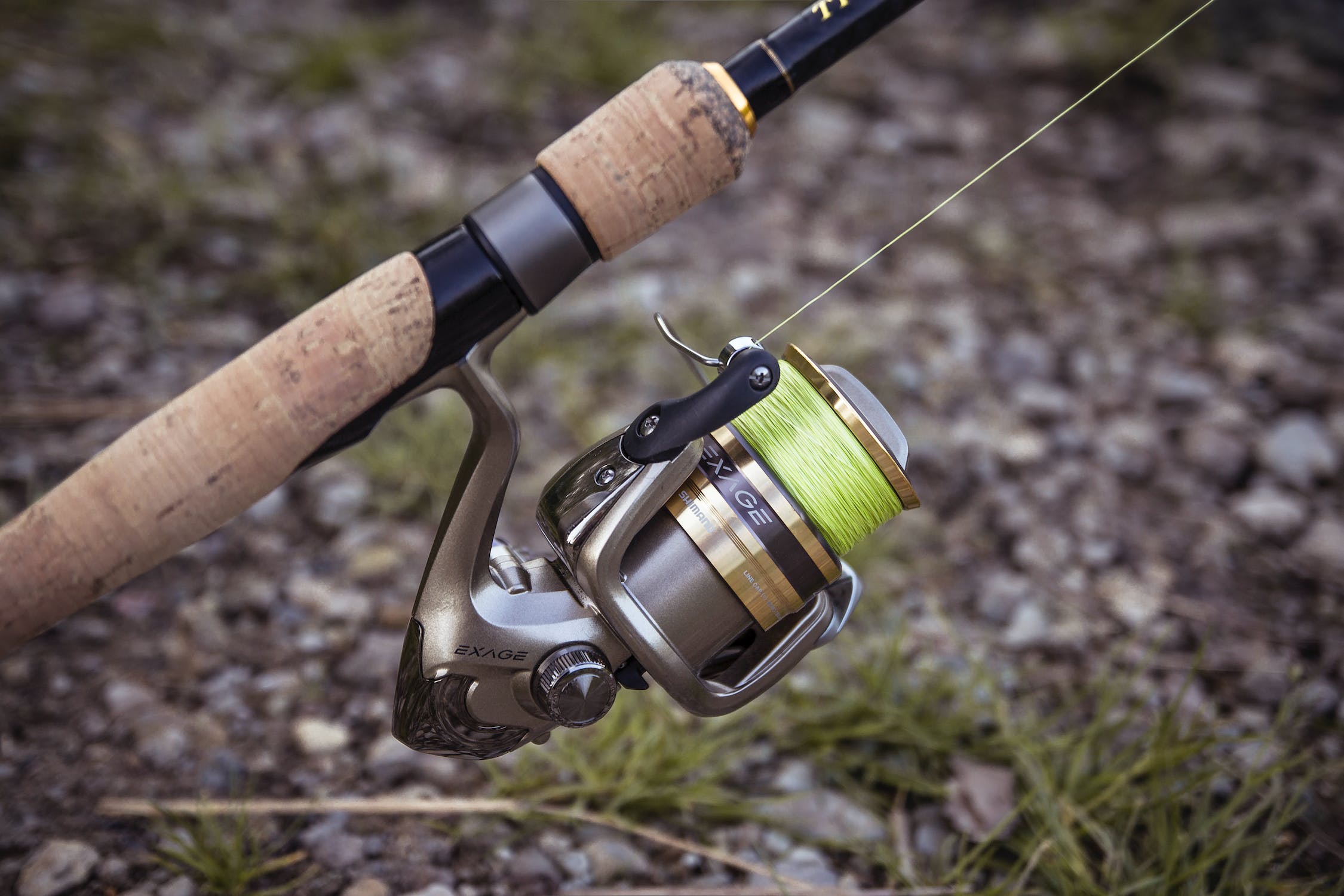 And where are other places where you might stumble across cork? At home, you might have a cork bulletin board to which you regularly pin notes. You might also have dabbled in baseball or cricket. In that case, you threw a ball with a cork core. And you can forget about a proper badminton shuttlecock without cork, as the porous material that gives it its springiness and feather-like lightness. Fishing aficionados also encounter cork regularly in their fishing floats and fishing rod handles. Even in fashion, cork is a trendy material used in shoe soles and wallets. In fact, you might find yourself relaxing on a mattress with a cork cushion or you might even have bought a carton of fruit or eggs that is protected by cork. Its special properties make it useful for all of these purposes.

So what properties actually make cork useful for so many different products? Cork is made of a substance called suberin, which is basically plant cell walls produced from long chains of fatty acids and glycerol. Therefore, it is a highly hydrophobic,  elastic, and rubbery material that prevents water from exiting the plant. It is also fire resistant and extremely light. Its bubble micro-formations even make it suitable for acoustic and thermal insulation of walls and floors.

Interestingly enough, cork has also played a critical scientific role. In 1665, a scientist called Robert Hooke was investigating cork slivers under his microscope. He observed small chambers that he named cells from Latin “cella”, meaning small room He drew a famous picture of their structure and published the results in his Micrographia. He went on to observe cells in living plant tissue. Therefore, the building block of living organisms was first seen in cork!

So, now you know what kind of stopper is going to fly out of your fine bottle of champagne as you pop it open at your next celebration.