While most of the world is reducing its dependence on coal-fired power because of the enormous amount of greenhouse gases associated with it, China raised its coal fired capacity over 2018 and half of 2019, according to a new study.

Over the 18-month period that ended in June, China bucked the international trend and raised its coal-fired power capacity 42.9 gigawatts (GW), or about 4.5 percent, while connecting new coal projects to its grid, according to the study, as Reuters reported. In the rest of the world, coal-fired capacity fell 8.1 GW.

"As more countries turn away from coal and retire their plants, China's continued pursuit of coal is increasingly out of step with the rest of the world, and is now effectively driving the ongoing expansion of the global coal fleet," the study authors wrote. 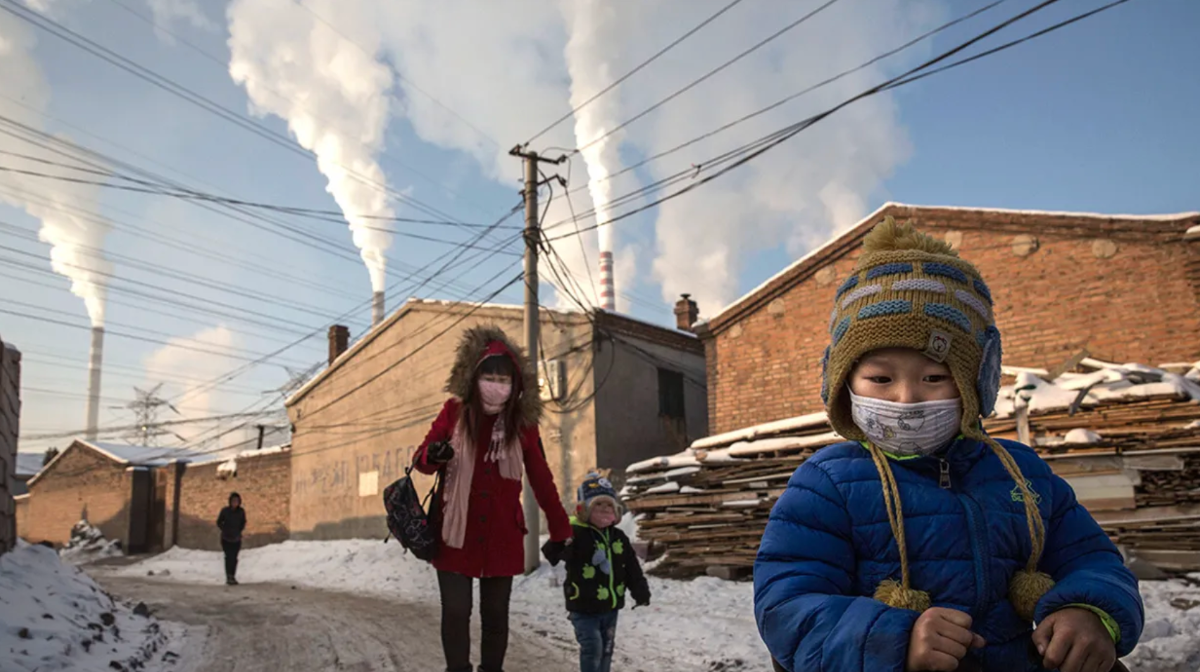 Residents wear masks for protection as smoke billows from stacks in a neighborhood next to a coal fired power plant on Nov. 26, 2015 in Shanxi, China. Kevin Frayer / Getty Images

The recent surge in coal investments echoes the push for economic development and the "one coal plant a week" building program that ran for a decade from 2006 to 2015. That push to meet a growing demand for energy led to overcapacity, as most plants were only able to run half the time, and it brought an enormous amount of air pollution to Chinese cities, making it hazardous to be outside, as the BBC reported.

As for the Paris agreement targets:

"China's proposal to continue increasing its coal power capacity through 2035 is not compatible with the steep and rapid reductions needed in coal power generation to limit the rise in global average temperature to well below 2°C," the report says.

It also concluded that the future path China chooses could make or break the Paris climate goals.

In the time since Beijing promised an energy revolution in 2015, local governments permitted up to five times more plants than in any similar period, as the BBC reported.

It was like a "snake swallowing a goat," said Ted Nace, one of the authors of the study and executive director of Global Energy Monitor, to the BBC.

"This goat that the snake swallowed is still moving through the snake, and it's coming out in the form of another 20 percent in the Chinese coal fleet on top of a fleet that was already over-built," said Nace.

In addition to the power it is already generating, China has another 121.3 GW of coal-fired power plants under construction, according to the report. That's nearly enough to power all of France, as Reuters reported.

China has boosted its investment in renewable energy. It successfully cut coal's contribution to the country's total energy from 68 percent in 2012 to 59 percent last year, and researchers predict it will fall to 55.3 percent by 2020. However, while that is welcome news, the total amount of coal that is burned has continued to climb as China's overall demand for energy has grown, according to Reuters.

"The continued growth of China's coal fleet and consideration of plans to significantly raise the nation's coal power cap show that while the country is often hailed as a clean energy leader, the momentum of coal power expansion has yet to be halted," says the study.

China has drawn criticism from environmental groups since it has used money earmarked for green energy to invest in clean coal. China approved 40 new coal mines in 2019 and it is building 50 percent more coal plants than the rest of the world combined, as the BBC reported. China also funds one quarter of all the coal plants outside its borders in countries like South Africa, Pakistan and Bangladesh.

"The thing we are super worried about is that industry has actually organized to keep the whole thing going," said Nace to the BBC. "There are three different powerful trade groups, proposing to increase the coal fleet by 40 percent. This is sheer madness at this point."