The effects of climate change are already dire.

Violence and disasters, often caused or worsened by the impact of climate change, forced 40.5 million people to relocate within their countries last year — the highest annual figure recorded in a decade, according to a global report.  This came despite strict restrictions on movement in efforts to halt the spread of COVID-19. 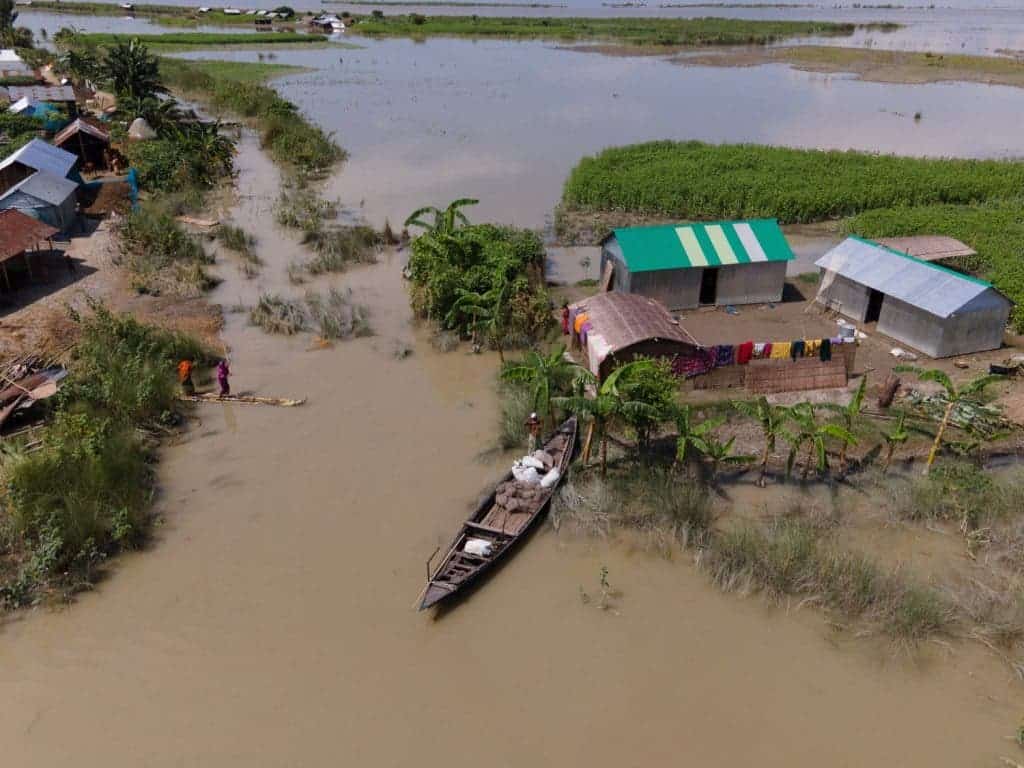 In its latest annual global report, the Internal Displacement Monitoring Center (IDMC) said 55 million people were living away from their homes but within their countries at the end of last year. Storms, floods and conflicts drove up the figures that have been growing for more than a decade. Sometimes people were forced to move two or three times.

“It is particularly concerning that these high figures were recorded against the backdrop of the Covid-19 pandemic, when movement restrictions obstructed data collection and fewer people sought out emergency shelters for fear of infection,” Alexandra Bilak, the director of the IDMC, said in a statement.

The organization, which is part of the Norwegian Refugee Council, said the number of internally displaced was more than twice that of refugees, those who flee to another country, at the end of last year. They said that the figures were likely a “significant underestimate” because COVID-19 travel restrictions impeded the collection of data.

Weather-related events such as storms were responsible for 98% of all disaster displacement. Intense cyclone seasons in the Americas, South Asia and East Asia and the Pacific, and rainy seasons in the Middle East and sub-Saharan Africa, displaced millions. The Atlantic hurricane season was the most active one on record.

At the same time, escalating violence and the expansion of extremist groups in Ethiopia, Mozambique and Burkina Faso fueled some of the world’s fastest growing displacement crises. Long-running conflicts, such as those in the Democratic Republic of the Congo, also continued to force large numbers of people to flee.

The highest number of internally displaced people last year was in China, which faces severe floods on a regular basis — and authorities encourage or require internal displacement to get out of the way of rising waters — followed by the Philippines and Bangladesh. More than five million people in China were forced into internal displacement last year. 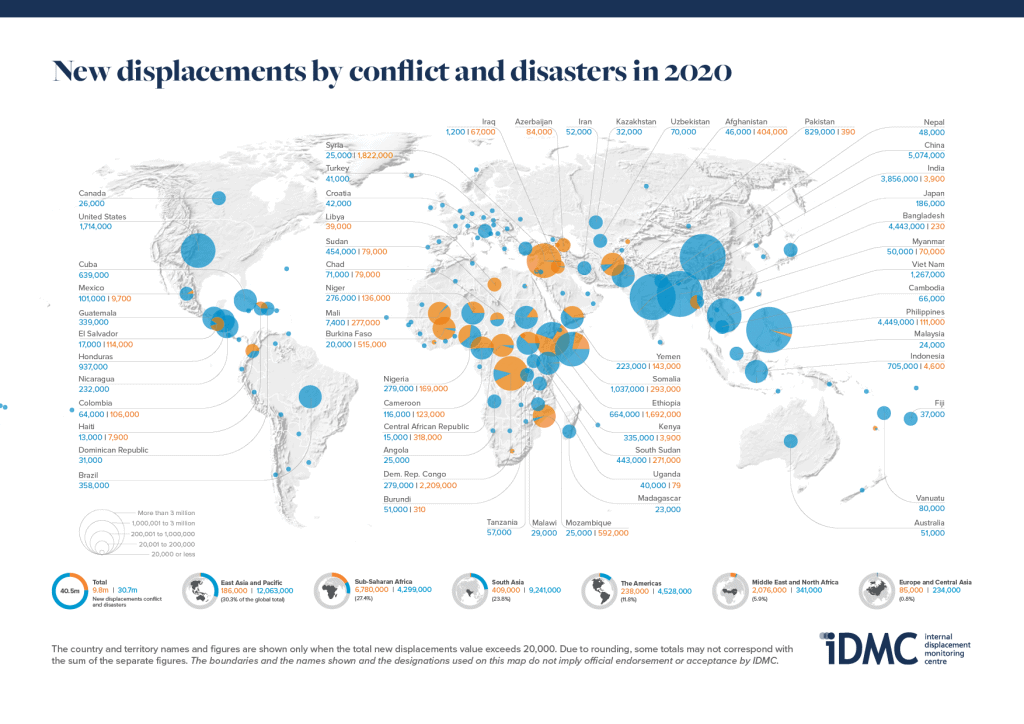