California is experiencing one of its worst wildfire seasons on record and climate change seems to be the main driver, according to a new study. Researchers have found an “unequivocal and pervasive” role for global warming in driving the scale and severity of the fires. 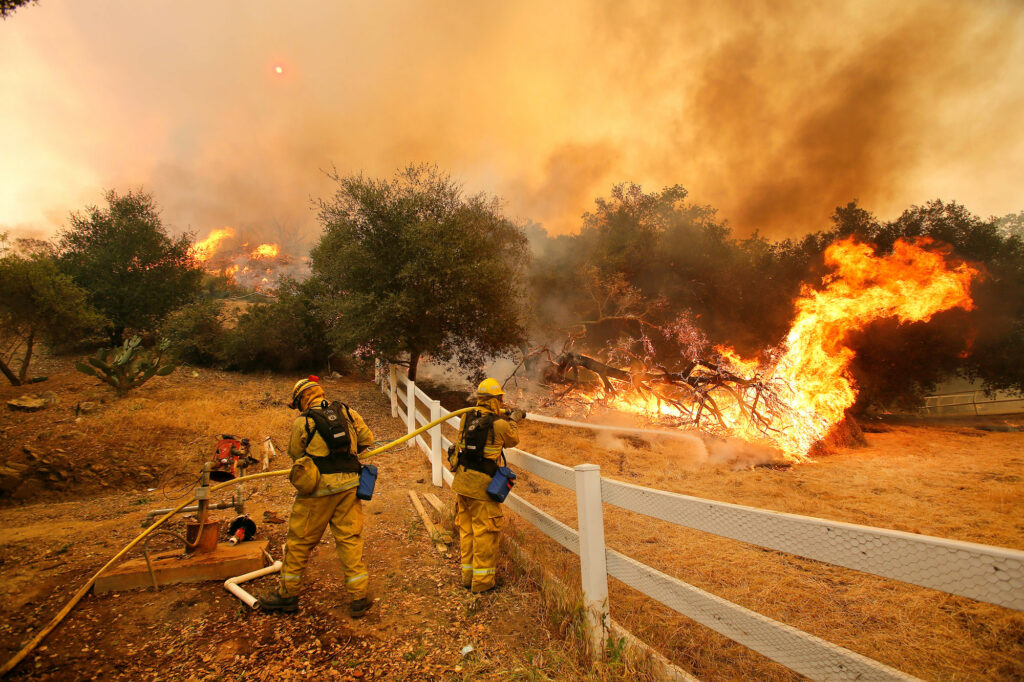 More than two million acres (809.000 hectares) have already been burned across the state, with residents being forced to leave their homes as firefighters try to contain blazes. President Trump has pointed the finger at poor land management practices as the main cause, while the California Governor has blamed climate change.

Now, a review of scientific research into the actual reasons for the wildfire has suggested rising temperatures are playing a major role. The same research team had already looked at the origins of Australia’s dramatic fires and found climate change was behind the increase in the frequency and severity of fire there as well.

The new review looked at more than 100 studies published since 2013. They showed that extreme fires form when natural variability in the climate syncs up with increasingly warm and dry background conditions (which are made more frequent by global warming). That’s the case now in California, and it created the worst wildfires in 18 years.

“In terms of the trends we’re seeing, in terms of the extent of wildfires, and which have increased eight to ten-fold in the past four decades, that trend is driven by climate change,” said Matthew Jones, lead-author to BBC News. “Climate change ultimately means that those forests, whatever state they’re in, are becoming warmer and drier more frequently.”

The researchers found that in the 40 years from 1979 to 2019, weather conditions that foster wildfires have increased by a total of eight days on average across the world. However, in California, the number of autumn days with extreme wildfire conditions has doubled in that period. They concluded climate change is bringing hotter and drier weather to the Western US, exposing the region to more fire risks.

The researchers also acknowledged that fire management practices in the US have also contributed to the build-up of fuel. Fire authorities normally do controlled burnings to reduce the amount of fuel available when a wildfire starts. But this has been altered due to the rising temperatures.

“When you do prescribed burns, you can only do it when the conditions aren’t too hot and dry, because you need to be able to control the fire,” said Prof Richard Betts, co-author, told BBC News. “But once you’ve passed the point where you’ve got hot, dry conditions for much of the year, you’ve lost your opportunity to do lots of prescribed burnings.”

The researchers argued that the conditions for wildfire are likely to continue to become more common in the future, and, according to Dr. Jones, the resulting fires will likely get worse. That’s why they called for further action to address climate change. The more we can do to limit temperature growth the better, as far as avoiding the further expansion of wildfires is concerned.

The study was published in the journal ScienceBrief.