Carlo Ratti Associati has unveiled plans to build a 218-metre-tall skyscraper in China that would grow crops using hydroponics, as well as contain spaces for selling and consuming the produce.

The 51-storey building dedicates 10,000 square metres to the cultivation of crops, creating a vertical hydroponic farm.

Hydroponic farming involves growing plants using water-based, mineral nutrient solutions as opposed to soil. The method is a space-saving solution to farming, and means crops can be organised and grown in a vertical formation. 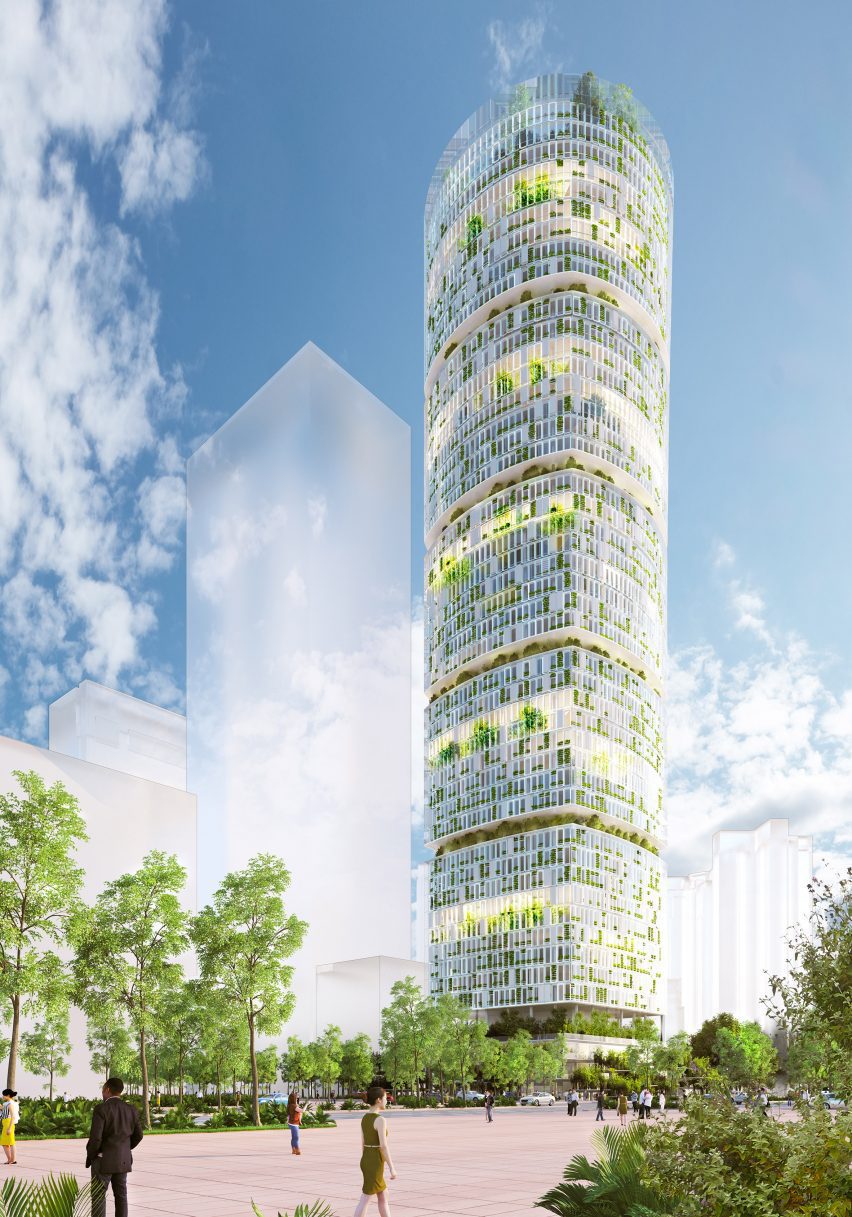 Top: the skyscraper will contain offices, supermarkets and food courts. Above: the shape of the building was informed by ancient Chinese philosophy

The building is estimated to produce 270 tonnes of food per year, which is said to feed roughly 40,000 people. It would create a self-sustained food supply chain that manages cultivation, harvest, sale and consumption all within one building.

The vertical farms are planned to produce a range of vegetables and crops including salad greens, fruits and herbs.

"The vertical hydroponic farm embraces the notion of zero food miles in the most comprehensive sense," Carlo Ratti told Dezeen. "Crops cultivated in the tower are sold and even eaten in the same location, which helps us conserve a great deal of energy in food distribution."

Hydroponic farm spaces and crops would be managed by an "AI-supported virtual agronomist" that oversees daily operations including irrigation, and environmental and nutritional conditions.

"We worked alongside a company called ZERO, which specializes in innovative agricultural solutions," said Ratti. "The ultimate solution we developed is an efficient one from a management perspective and it adapts traditional robotic hydroponic farms to a vertical facade."

The name of the tower comes from the mythical Jian Mu tree, which in ancient Chinese folklore is said to connect heaven and earth.

The shape and form of the building were similarly informed by the ancient Chinese philosophy of Tian Yuan Di Fang – "round sky and square earth".

This informed the rectangular base and cylindrical top of the tower, gently morphing from one to the other as it rises. 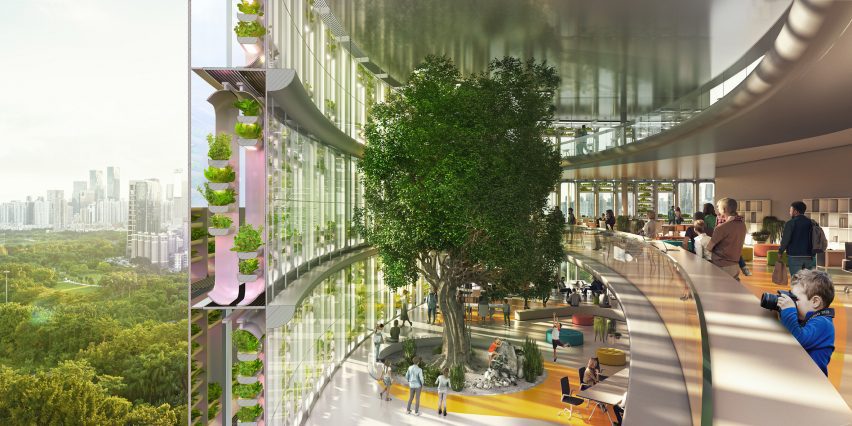 The building is designed to have a steel construction, with truss beams connecting concrete floor slabs to its core.

Offices, a supermarket and food courts inside the tower would occupy 90,000 square metres spread over the 51 storeys.

Office spaces adjoin double-height landscaped terraces that envelop the exterior of the building and feature a variety of flora including water lilies, ferns and lychee plants.

The greenery across the facade would reduce solar heat gain in the interior and reduce the building's need for air conditioning. Shenzhen's humid climate would help to irrigate the greenery. 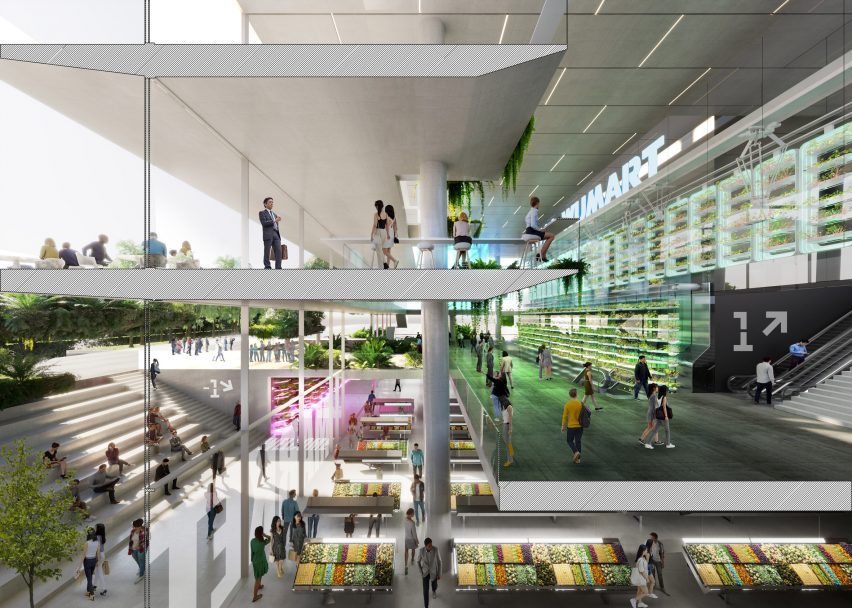 The building will produce 270 tonnes of food per year

"I see a lot of potential in integrating farming into our cities," said Ratti. "However, most examples in cities around the world – from Paris to New York to Singapore – have been small-scale."

"Large vertical facades allow scaling up in a way that can really help cities – the biggest consumers of food produce – to become more self-sufficient," he added.

In 2019, architecture studio Precht unveiled a concept for a modular residential tower where residents could produce their own food through vertical farming.

Another hydroponic vertical farm with crops grown on rotating loops was proposed for Shanghai by Sasaki.