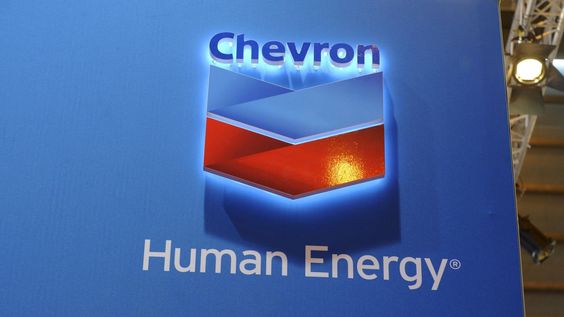 Big Oil has spent decades perfecting the art of lying and pursuing a strategy to divide the public so it can continue its polluting ways. It’s been a successful model that has run into a brick wall that is the new climate movement.

An increasingly diverse, young, and angry coalition is done with the bullshit. But the fossil fuel industry’s desperate attempts to manufacture division haven’t stopped. In fact, they’ve only grown more desperate.

On Thursday, E&E News published a wild story of a bumbling PR campaign encouraging journalists to look into how environmental groups that have backed protests against police violence also support “policies which would hurt minority communities.” The campaign was started by a firm with deep ties to big oil and unintentionally implicated Chevron as the backer. The effort reveals that we’ve reached the throw-shit-at-a-wall-and-see-what-sticks phase of Big Oil’s demise.

In brief, E&E News received an email from CRC Advisors, a low-profile PR outfit that supports conservative causes and corporations, in which the firm took a kernel of truth (that traditional environmental groups are mostly white) and then spun it to suggest the Green New Deal is designed to hurt minorities. Oh, and that environmental groups who support it were frauds. It included quotes from two Black conservatives: Ken Blackwell, a former Ohio secretary of state and Trump campaign advisor; and Derrick Hollie, a former ad executive who runs a nonprofit that E&E News helpfully notes had its tax-exempt status revoked “because it repeatedly failed to file required annual reports.” The email also included a line at the end: “If you would rather not receive future communications from Chevron, let us know by clicking here.”

Chevron denied involvement with the campaign, and CRC Advisors chalked it up to a “clerical error.” But E&E spoke with Naomi Oreskes, a Harvard professor who has deeply studied the climate denial playbook, who said “Chevron’s fingerprints appear to be on this.” And it certainly follows a pattern of Big Oil and its supporters trying to either leverage support from Black communities or drive a wedge using social issues. Hollie’s group has cut ads targeting Black communities. Companies like Chevron have paid lip service to social justice while their products literally risk the lives of the people they’re supposedly standing in solidarity with. They’ve even tried to corrupt the youth climate movement and splinter it.

Regardless of Chevron’s involvement—and forgive me for remaining highly skeptical of their denial—this whole thing CRC Advisors attempted is unbelievably stupid and lazy. The Green New Deal explicitly contains language denoting its goal is (emphasis added):

The fossil fuel industry, meanwhile, disproportionately poisons Black and brown communities whether it’s building refineries there or powering cars on the freeways that cut through those neighborhoods. Calling out the environmental movement as largely run by white people is also hypocritical. Chevron’s 16-person executive leadership team is 14 white guys and two women, one of whom is Black.

The whole effort to use the fight for a just future free of climate and police violence to sow division is beyond vile. It’s so easy to swat down this crap, I can’t even feel the usual joy of doing so. But the revealing part is the increasingly flop sweat-covered effort by the fossil fuel machine to stay afloat. The reality is Big Oil and the lawmakers and groups like CRC Advisors who run interference for the multibillion companies have a losing hand. The world simply cannot dig up and burn more oil, end of story.

That’s been true for awhile now, but what’s been missing is framing this reality as a justice issue. Climate change disproportionately hurts poor people and communities of color just as other forces that maintain the status quo (like, say, the police) do. The new climate movement wants to upend all of that and build a better, safer world with opportunity for everyone. That’s the whole premise of the Green New Deal, and it’s resonating with a broad swath of the public. The movement to end police violence has followed a similar trajectory, garnering widespread public support. While there’s still a huge amount of work to do, there are signs these two movements are finding common ground in part because they’re pissed about the overlapping systems of oppression. It’s not an accident freeways, refineries, and police show up disproportionately in Black and brown communities.

The climate denial movement’s only hope to save itself—or at least keep the good times going for it a bit longer—is to drive a wedge between these two movements or throw them off course. In addition to the CRC Advisor’s email, Republican lawmakers and the Trump administration recently invoked civil rights to bleat about banks no longer funding Arctic drilling.

The efforts may resonate with Tucker Carlson and braindead right-wingers (the Daily Wire picked up a quote from the CRC Advisors email). But the fossil fuel industry has lost the public, including Black Americans who, Yale polling shows, are more supportive of climate action than white Americans. How the burgeoning movement for widespread justice evolves is still very much in flux. But you can damn well bet Big Oil has a lot to fear, and the way it lashes out will only get more desperate.