New panels and efficiency measures are saving the district more than $300,000 a year. 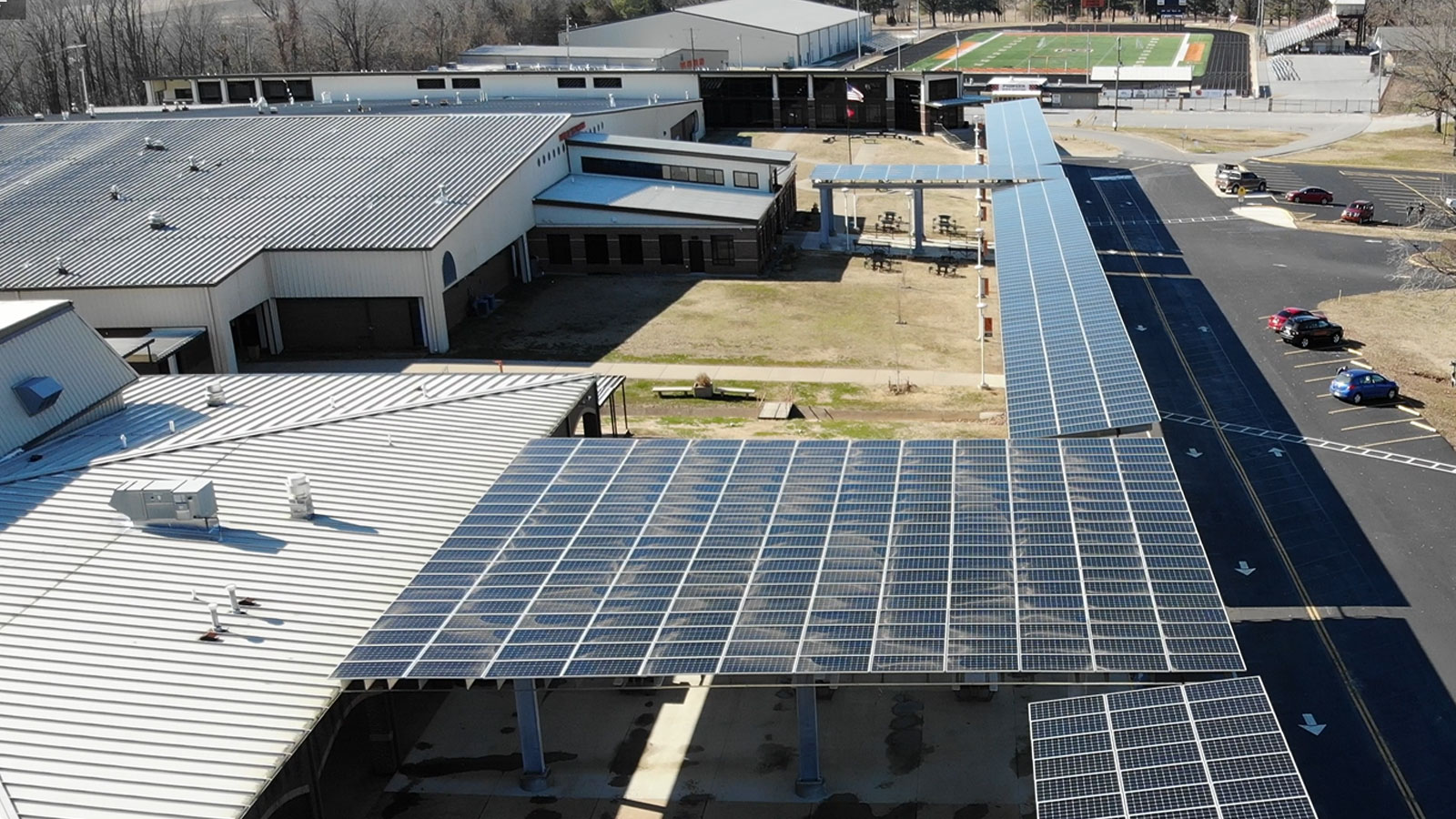 In Batesville, Arkansas, teachers are getting raises – thanks, in part, to solar power.

Megan Renihan is communications coordinator for the Batesville School District. She says that four years ago, teacher salaries were below average for the state, and lower than other districts in the county.

“In order to attract and retain our staff, we wanted to increase the pay,” she says.

So the district started looking for ways to cut costs.

At the time, it was spending more than half a million dollars a year on utilities. To reduce its energy costs, the district installed thousands of LED lights, replaced windows and HVAC units, sealed leaks, and improved building insulation.

And it installed almost 1,500 solar panels that now generate about half of the district’s electricity.

“We were the first school district in the state of Arkansas to invest in solar panels,” Renihan says.

Together, the solar power and energy efficiency improvements are saving the district more than $300,000 a year. Along with other cost-cutting measures and state funding, those savings have helped raise teacher pay across the district.

“And that money is going to continue to go back into our teachers’ salaries. That’s the whole goal,” Renihan says. “We want to be the best in the area for teachers, because that means that our kids are getting the best.”