More than 40 million doctors and nurses are in, and they are prescribing a green recovery from the economic devastation caused by the new coronavirus. 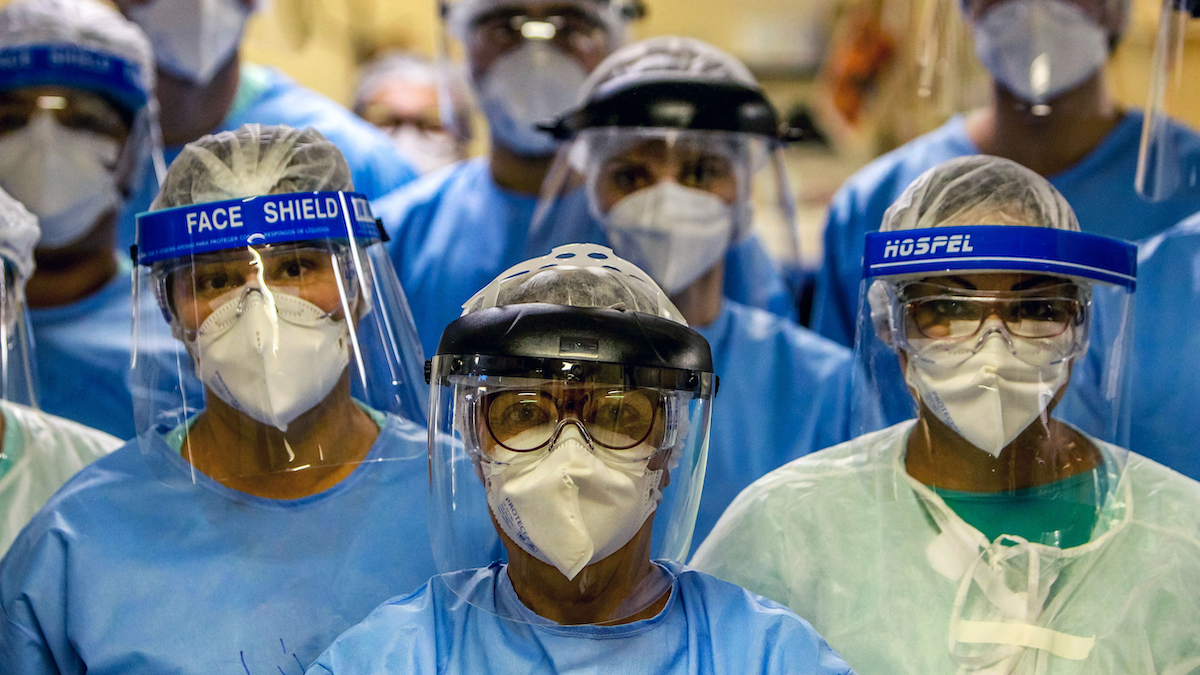 More than 350 health organizations representing some 40 million medical professionals, as well as more than 4,500 individual health workers from 90 countries, signed a letter to the G20 leaders Tuesday urging them to craft what they are promoting as a #HealthyRecovery by taking measures such as reforming fossil fuel subsidies and fighting pollution and deforestation.

"A truly healthy recovery will not allow pollution to continue to cloud the air we breathe and the water we drink," the health professionals wrote. "It will not permit unabated climate change and deforestation, potentially unleashing new health threats upon vulnerable populations."

The signatories represent about half of the world's medical workers, The Guardian reported. They include the World Medical Association, the International Council of Nurses, the Commonwealth Nurses and Midwives Federation, the World Organization of Family Doctors and the World Federation of Public Health Associations, according to a UN Climate Change press release. The letter also has the support of the World Health Organization and the Global Climate and Health Alliance, AFP reported.

By writing the letter, the health workers are joining a growing movement for a recovery from the impacts of the virus and subsequent lockdown measures that also addresses the climate crisis and other environmental problems.

"Health professionals are at the frontlines of this emergency, and we are seeing the immense loss of lives because of acting too late," World Medical Association President Miguel Jorge said, as The Guardian reported. "We know now more than ever that healthy lives depend on a healthy planet. As we walk on the road to recovery, we need to build a system that will protect us from further damage. We need a healthy and green recovery."

The letter highlighted the damage caused by air pollution, which led to seven million early deaths a year before the emergence of the new coronavirus. There is evidence that exposure to air pollution could make the new disease more deadly, and one of the most memorable effects of the lockdown measures has been the clearing of skies from China to Italy as factories closed and cars stayed off the roads.

To maintain some of these gains while fighting the climate crisis, the health professionals recommended reforming fossil fuel subsidies and putting more of that money towards renewable energy, something they argued would grow global GDPs by nearly 100 trillion dollars by 2050.

"The enormous investments your governments will make over the coming months in key sectors like health care, transport, energy and agriculture must have health protection and promotion embedded at their core," they wrote.

The next G20 meeting has been scheduled for November, according to AFP.

However, some world leaders on the list, such as U.S. President Donald Trump and Brazil's Jair Bolsonaro, have already faced criticism for sidelining science in their response to the coronavirus and using the crisis as an excuse to roll back environmental protections.